Bucheon (pop. 870,000) owes its vibrant literary legacy to Byun Yeongro and Chong Chi-yong, forerunners of the new poetry movement active during the fi rst half of the 20th century Renowned for its strong public library system, the literary sector represents 529 registered publishers, generating annual revenue of US$10,3 million. After having experienced a rapid industrialization in the last century, Bucheon has entered a cultural shift due to the implementation of modern development strategies surrounding creative industries, citizenship promotion and social inclusion.

The city has initiated a series of programmes and events to encourage reading and promote literature amongst its residents, notably through public library policy forums. As well as providing mobile libraries for disadvantaged groups, lectures on literature are delivered at the Citizens Learning Centre. Both initiatives ensure greater access to books and education while raising awareness among the younger generation. Bucheon has also implemented a well-resourced municipal delivery system ensuring those with disabilities and the elderly have access to literature. Alongside this, two libraries have been set up for immigrants and foreign workers.

Under the Ordinance for the Promotion of Culture and Arts, an arts and culture development fund of US$4,5 million is annually allocated in support of writers. Innovative local measures to support literature include the Save Local Bookstores campaign, where some titles for libraries must be purchased from bookstores, and another scheme whereby a percentage spent on books by citizens is donated to libraries in the form of new titles. The city has also initiated grants to link literature with comics and the animated film industry.

As a Creative City of Literature, Bucheon envisages:

Bucheon launches Online Campaign in conjunction with Bucheon Diaspora Literary Award 2021
About: In November 2021, the city of Bucheon (Republic of Korea)...
When:
Monday, September 13, 2021 to Monday, November 1, 2021
Know more 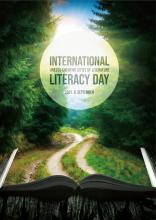