Amarante in Portugal is home to 54,432 inhabitants with a large percentage of young people. As well as being known as the birthplace of the viola amarantina, the city is also famous for its series of Iberian pipe organs that adorn the historic churches. Amarante's thriving music sector mainly relies on both formal and informal structures such as churches and associations that host philharmonic orchestras, folklore and percussion bands called bombos. Every year, it is estimated that more than 1,200 people within the city, of different ages and backgrounds, participate in amateur music bands. Promoting and enhancing access to music, and providing more opportunities in which to practice, are the direct results of a strong musical education policy.

The Municipality co-produces the majority of the local music events, including the Festas Juhno (June Festivities). By engaging local music associations and the younger community, this festival aims to help people rediscover Amarante's historical and cultural identity through the use of music. For the past five years, a wide range of initiatives and events, such as the Hà Fest, have been designed especially for the youth, offering musical therapy courses, concerts in schools, the making of music instruments with recycled materials and cross-cutting activities mixing music and sport.

Amarante has invested in the music industry as a key enabler for social inclusion in order to stimulate new skills and employment opportunities, particularly within the young population. The Municipality has developed a set of policies supporting local organisations which promote music practices and diffusion. By offering subsidies, such financial support has allowed for the regeneration of cultural venues such as the Amarante Cineteatro. The City seeks to increase promotion of its young creators. The main objective remains fostering creative talents and businesses to further nurture Amarante’s music ecosystem, both at the local and international level.

As a Creative City of Music, Amarante envisages: 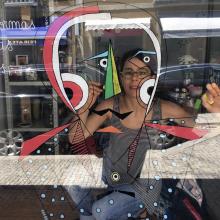 LAB.2030 | RUA: Supporting the Redevelopment and Resurgence of Urban Space
About: Located in northern Portugal, Amarante is renowned for its...
When:
Tuesday, June 12, 2018
Know more