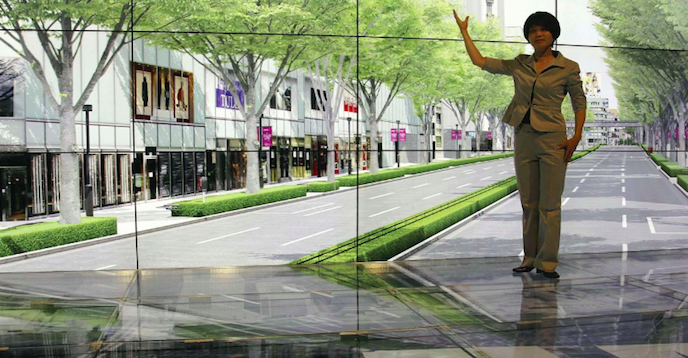 The 2010 Nobel prize in chemistry was awarded to the American scientist, Richard Heck and to Ei-ichi Negishi and Akira Suzuki from Japan, for their work on organic synthesis, which paved the way for the invention of one of the most sophisticated tools in chemistry – cross coupling. One of the cornerstones of this immense scientific endeavour is “Suzuki coupling”, after the laureate we interviewed. In this interview, Akira Suzuki talks about his research, aiming above all at young people today, who are deserting the sciences. He is encouraging them to turn towards chemistry, with the idea of making it into a new science.

What is cross coupling used for?

If I give you an example, you will understand right away. After the Nobel I had so many requests for interviews that my blood pressure went right up! My doctor prescribed a drug to bring down the pressure and the pharmacist explained to me that it had been made by “Suzuki coupling.” The procedure has also been used to make certain antibiotics, as well as drugs to treat cancer and AIDS.

The process has also been used in the IT and communications worlds to make liquid crystals for television and computer screens, and for organic electroluminescent displays, which are widely used for small devices like mobile telephones and so on.

How long did it take you to perfect this method?

The discovery of the coupling reaction only took two or three years, at the end of the 1970s. But I had worked on the chemistry of boron, a metalloid close to carbon, since 1965, when I returned from the USA, after finishing my studies at Purdue University. That means it is the result of over ten years of research.

What did other people think when you started work in this field?

On the whole, they thought the chances of success were zero. That is also why there were so few researchers in this field, anywhere in the world. But I am optimistic by nature and I thought these disadvantages could become advantages. I told myself that by overcoming the difficulties, it would be possible to come up with a stable synthesis procedure that would be easy to use.

Some say that there is fair amount of luck in research. What do you think?

At the outset, in research, one cannot rely on chance. Research has, above all, to be rational.

It is important to analyse the successes and failures of experiments and to apply them in the next phase. That is when chance can intervene. Anyone can be lucky. But to attract luck, one has to be attentive, to make an effort and remain humble, above anything else.

I was born in a small town called Mukawa, south of Sapporo (in Hokkaido). Nowadays, the town is called Shishamo. In primary school, I was just a child, like all the others – I liked going fishing with my friends and playing baseball. At that time, the juku [private schools offering evening classes] did not exist and I think that the children were free and full of spirit. I was not especially interested in science, but in junior high school, I did like mathematics. Looking back, I think I did like things that were clear.

Why did you choose to study chemistry at university?

I entered Hokkaido University to study mathematics. But during a chemistry class, I stumbled on a manual, which had a great effect on me. The author was a professor of organic chemistry at Harvard. I had a dreadful time trying to understand the English, but I found it very interesting. And I ended up forgetting about mathematics.

During my chemistry studies, I was very influenced by Professor Harusada Sugino, who taught me why chemistry was important and what use it was. And Professor Sugino was not just interested in chemistry. He was rector at Hokkaido University, but was also president of the Japanese national commission for UNESCO!

From 1963 to 1965, you studied in the USA. At Purdue University, you also followed courses by Herbert Charles Brown, 1979 Nobel laureate in chemistry, who also had Ei-ichi Negishi as a student.

When I was about thirty, I was assistant professor at Hokkaido University, and I had to find a research field. I went into a bookshop in Sapporo and looked at books on chemistry. My gaze fell on a book with a black and red cover – it looked more like a novel – and I picked it up. It was by Professor Brown. It was so interesting that I stayed up whole nights reading it. I wrote a letter to the professor, telling him that I wanted to study with him, and that is how I left for the USA.

In the USA, I was a post-doc, but my salary was four times higher than that of an assistant professor in Japan. And meat and petrol were cheap, too... I really noticed the difference between the two countries. There were several other foreign researchers and I was able to make many friends. The discussions I had with them opened up new worlds for me. When Japanese people are together, they can understand each other without saying anything, but I learned that when one is immersed in another culture, one has to say a lot to be understood. I also learned English. I recommend young people to go abroad, without hesitating. One learns a great deal – and not just on a professional level or in one’s specialized area.

What did you learn from Professor Brown outside of your research?

Professor Brown often said: “Do something that would be worth doing a class on”. That meant do something new, which could be published in a lecture. And which could also be useful. That is not easy. But I also ended up by telling my students not to clean your lunch box with toothpicks, as we say in Japan, meaning avoid getting bogged down in details. I tell them, on the contrary, to fill the lunchbox with their own products.

Is there a method of working that guarantees success?

Even if it did exist, one couldn’t expect someone else to adopt it. Everyone has their qualities and what they can do is to make use of them. In my case I think it was optimism. When experiments were not working out well, I went for a drink to relax with the students and, the next day, I could resume my experiments with a new frame of mind.

What do you think needs to be done to attract new generations to chemistry?

Young people are moving away from science and it is a very serious problem. This phenomenon is particularly apparent in Japan. The only thing to do in a country with no natural resources, like Japan, is to use ingenuity to create something new.

It is up to young people and them alone to find their hopes and ideals in science. But I would like to lend my support as an “elder”. Thanks to the Nobel prize, the term “cross coupling” is beginning to be known, even by children. The dissemination and popularization of science are, for me, a great source of motivation.

What links do you think we will have with chemistry in the future?

Chemistry is not very fashionable at the moment. It is associated with bad smells, dirtiness, and can provoke aversion. It was already like that when we were young, but at the time, the petrochemical industry was booming and several students chose to study chemistry.

Today, some people see chemistry just as a polluting industry, but that is a mistake. Without it, productivity would drop and we could not enjoy the life we know today. If there is pollution, it is because we are releasing harmful substances. Obviously, we have to adapt treatment and management regimes and work to develop chemical substances and manufacturing processes that respect the environment.

Chemistry is indispensable for the development of Japan, and for the world. I hope that young people will study chemistry, with the idea of creating a new science. There have been many discoveries and developments so far, and an incalculable number of substances have been manufactured. Chemistry will always remain important in the years to come.

Which are the areas of organic chemistry where you think developments will be needed in the future?

As Professor Negishi said, I think that we have to turn towards the industrialization of photochemistry, based on carbon dioxide, as for example in plant photosynthesis. The energy produced in this sector is still very low. Nature produces complex organic compounds from carbon dioxide, using sunlight as the energy source. And these reactions take place in the temperature ranges in which we live, in an environment where water exists. I hope we will be able to shed light on the mechanisms and apply them.

2011 has been proclaimed International Year of Chemistry. Do you have any particular message for readers of the UNESCO Courier, who live in the four corners of the world?

Chemistry plays a very important role in our lives. Most specialisms and technologies in chemistry are aimed at the manufacture of products to improve the well being of humanity. There are a considerable number of substances manufactured in the world and no-one knows exactly how many, but almost all are organic compounds. This is why organic chemistry is one of the most important branches of this science, and deserves more people to be interested in it and to contribute to its development.

Akira Suzuki is a Japanese chemist and a 2010 Nobel Prize Laureate.