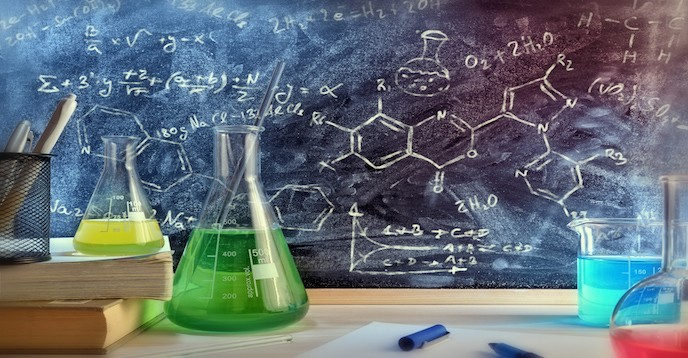 The science of chemistry is not just about discovery. It is also, and especially, about creation. It is an art of the complexification of matter. To understand the logic of the latest discoveries in nanochemistry, we have to take a 4-billion year leap back in time.

Chemistry has a pivotal role to play, as much because of its place within the natural sciences and knowledge as a whole, as through its economic importance and its omnipresence in our daily life. But, because it is everywhere, we often forget about it, and could even not mention it at all. Chemistry doesn’t flaunt itself, but without it, some truly spectacular achievements would never have been made, such as breakthroughs in the treatment of illness, space exploration, and marvels of technology. It makes an essential contribution to humanity in food and medicines, clothes and housing, energy and raw materials, transport and communications. It supplies materials for physics and industry, models and substrates to biology and pharmacology, and properties and procedures to the sciences and technology.

And we must be careful to remember that chemistry helps art historians delve into the secrets behind paintings and sculptures in museums, and helps forensic scientists to analyse samples taken from a crime scene and quickly track down the perpetrators, as well as revealing the molecular basis of dishes that delight our taste buds.

While physics decodes the laws of the universe and biology deciphers those of the living world, chemistry is the science of matter and its transformations. Life is its highest form of expression. Chemistry plays a primordial role in our understanding of material phenomena, in our ability to act upon them, to change them and control them.

For almost two centuries now, molecular chemistry has put together a vast array of increasingly sophisticated molecules and materials. This discipline has not ceased to assert its power over structure and the transformation of material, from the synthesis of urea in 1828 – which started a veritable revolution, by providing the proof that it was possible to obtain an ‘organic’ molecule from a mineral component – to the synthesis of vitamin B12 in 2006 after a quest that had started in 1948.

The molecule as Troy horse

Above and beyond molecular chemistry there is the vast area of what is called supramolecular chemistry, which is not so much interested in what happens within molecules, as what happens between them. Its objective is to understand and control the manner in which molecules interact with one another, transform themselves, bind to one another, while ignoring other partners. Emil Fischer (the German Nobel laureate for chemistry in 1902) used the image of the lock and key. Today we refer to “molecular recognition”.

It is in the field of biology that the role of these molecular interactions is most striking: protein units group together to form hemoglobin; white blood cells recognize and destroy foreign bodies; the AIDS virus finds its target and takes it over; the genetic code is transmitted by reading and writing the alphabet of protein bases. In the vivid example of the ‘self organisation’ of the tobacco mosaic virus: no fewer than 2130 simple proteins join together to form a helical tower.

A chemist finds the efficacy and elegance of these natural phenomena so fascinating that he is tempted to reproduce or invent novel processes to create new molecular architectures, with a panoply of applications. Why not imagine molecules that can transport a fragment of DNA to the very centre of a target in gene therapy, for example? These molecules would be “Troy horses” which would, in turn, cross supposedly insurmountable barriers, like cell membranes.

A great many researchers around the globe are patiently creating ‘designer’ supramolecular structures. They observe how molecules that are jumbled with no apparent order can find and recognize one another and then gradually assemble themselves spontaneously, but in a perfectly controlled manner, to reach the final supramolecular edifice.

So, inspired by phenomena that nature has presented to us, the idea was born of eliciting and guiding the appearance of supramolecular assemblages – in other words, “molecular programming”. The chemist conceives the basic building blocks (molecules with certain structural and interactional properties), then applies the “cement” (assembly code) to link them together.

Even more recently ‘adaptive’ chemistry has emerged, where the system, in order to construct itself, makes its own selection among the available building blocks, and becomes able to adapt its objects to the demands of the environment. This form of chemistry, which I call “dynamic constitutional chemistry”, has something of a Darwinian flavour to it!

From matter to life

In the beginning there was the original explosion, the Big Bang, and physics reigned. Then came chemistry, with more clement temperatures. Particles formed atoms, which united to form increasingly complex molecules, which, in turn, grouped together in aggregates and membranes, giving rise to the first cells, as life emerged on our planet, 3.8 billion years ago.

From divided matter to condensed matter, then organized, living and thinking matter, the unfurling Universe is nudging the evolution of matter towards increasing complexity through self organization, under the pressure of information. The task of chemistry is to reveal the pathways of self organization and to trace the paths leading from inert matter, via a purely chemical, prebiotic evolution, to the creation of life, and beyond, to living and then thinking matter. In this way, it offers the means to interrogate the past, to explore the present and to build bridges towards the future.

Through its subject matter (the molecule and material), chemistry expresses its creative force, its power to produce new molecules and materials, that never existed before they were created by the rearrangements of atoms into original and infinitely varied combinations and structures. Chemistry is, in some ways, analogous to art, through the plasticity of the chemical object’s forms and functions. As artist, the chemist imprints matter with the products of his imagination. Just as stone, sounds and words do not contain the work that the sculptor, composer or author shapes with them, so the chemist creates original molecules, new materials and unknown properties from the elements that make up matter.