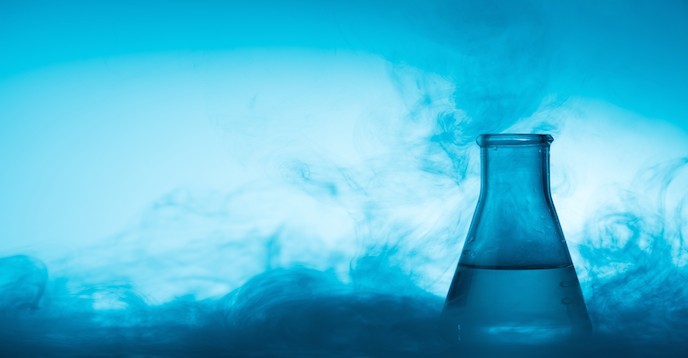 In the very early 1700s the Elector of Saxony and King of Poland, August the Strong, locked an alchemist in his laboratory and told him to make gold. The young alchemist, Johann Friedrich Böttger, failed in his royally-appointed task. Instead he helped create a substance far more beautiful and useful than gold – porcelain.  And in a happy fairy-tale ending, the king was pleased. For this was no longer a feudal world, but a growing commodity-driven society, and until that time porcelain had to be imported at great expense from a technologically more advanced China to feed a growing European appetite for beauty and luxury. Wealth flowed to the king, for the new Meissen porcelain soon proved popular and a grateful king made Böttger, originally a pharmacist’s apprentice, a baron.

One more story, this one beginning in the gutter: Around 1669 Hamburg resident Hennig Brandt believed he might have discovered the fabled Philosopher’s Stone, which could turn lead into gold and open up the secrets of the cosmos. An ex-soldier with experience in making glass, Brandt began with old urine and boiled it up and heated the residue until glowing vapours – white phosphorous reacting with oxygen – filled his glassware. Within a few years, Brandt sold his secret and soon phosphorous was well enough known that the secretive alchemist Isaac Newton could begin a recipe for it with the instructions, “Take of urine one barrel.” (Though I do wonder where one could easily procure a barrel of urine).  From urine to art – another transformation –the moment of discovery was immortalized in the eighteenth century in a painting by Joseph Wright of Derby, and recorded again as a mezzotint by William Pether in 1775 as “The Discovery of Phosphorous.”  In this work, the alchemist kneels in awe before the glowing wonder in his alchemical laboratory. Many years later, in 1943, in another transformation, Brandt’s city burned when thousands of pounds of phosphorous fell in the form of bombs.

We turn clay into porcelain, urine into phosphorous, phosphorous into bombs, flour into bread, grapes into wine, minerals into pigments. There is almost no limit to the ways in which we transmute matter. Biological anthropologist, Richard Wrangham (United Kingdom), believes that it is cooking that made us human -- by making more energy available to feed our growing brains. If that is so, chemistry began the moment our ancestors became human. Homo chemicus–to be human is to transform matter. And the material transformations we –being human –make will reflect the best and the worst of us.

We cannot go back to that first chemical moment when raw food turned into cooked food, but we can go back to prehistoric humans and their desire for beauty. Philippe Walter, of the Centre de Recherche et de Restauration des Musées de France, studies chemical processes and substances in the ancient and prehistoric world. While he says these prehistoric peoples did not have an understanding of how or why processes worked, they still produced practical chemists who could mix natural ingredients to produce pigments – whether to adorn themselves or the walls of caves.  Four thousand years ago the ancient Egyptians, says Walter, synthesized new chemicals to treat eye diseases. Their lead-based cosmetics – think Cleopatra and her kohl eyeliner [see box] – stimulated the wearer’s immune system in an early health and beauty regimen.

In Hellenistic Egypt, the refining of metals was known as chemia. With the rise of early Islamic civilization, Muslim scholars translated many Greek texts, including ones on chemia, which they called al-kimia. How matter changed, how to purify substances, how to colour metals, all came under al-kimia. A side benefit of this new fascination was the refinement in practical knowledge such as distillation and crystallization, still important skills in twenty first century labs. On a more theoretical level, Muslim scholars built on earlier Greek understandings of matter – the four elements of air, earth, fire, and water – and its behaviour, including the transmutation of one metal into another. Al-kimia arrived in Europe in the twelfth century, along with some knowledge of al-iksir(elixir, which became known as the Philosopher’s Stone).

Unsurprisingly, alchemy ran into the same kinds of problems that still occasionally plague medicine – hucksters hawking miracle cures and charlatans, etc. Even less surprising, this caught the attention of both rulers and the legal profession, if for different reasons. Later, in England, it became illegal to succeed in turning lead into gold, for this was considered as debasing the currency.

Some claimed that, since human manipulation of matter was essentially inferior to what nature does, naturally (an early version of the still running natural versus artificial debate – check back next century for an update) human attempts at transmuting metals were doomed. Despite such criticisms, there were those who believed that human art was powerful enough to transform the world. But these were discussions for the elites at universities. And matter in all its manifestations was on the move through all social strata. We don’t know who first created kohl or a clay pot, who first tanned leather or brewed beer, and we don’t know the names of the medieval artisans who mixed sand, wood ash, and metal salts to create the great stained-glass windows of medieval cathedrals. But these people all transformed matter and our lives.

By the early modern period, the status of painters, goldsmiths and artisans with an intimate association with matter, was on the rise. Science, long associated with understanding rather than doing, and with elites rather than common folk, was now turning to the practical makers of things for knowledge and power.  Such an approach, where matter was central, found its expression in Sir Francis Bacon’s 1620 manifesto Novum Organum, and the origins of modern science. Doing – poking, prodding, changing the material world – would now be allied with understanding, and our world of art, science, and the everyday, would never be the same. Robert Boyle (Ireland), of Boyle’s Law fame – which connects the pressure, volume and temperature of a gas – epitomized this new experimental approach.  An inheritor of the alchemical tradition, (almost by definition, alchemists were experimentalists and careful measurers) and an aspiring alchemist, Boyle is considered a founding figure of modern chemistry, in the 17th century.

Many chemists believe chemistry became a proper science in the eighteenth century. The investigation of air by Antoine Lavoisier (France), the discovery of oxygen by Joseph Priestly (England), and the new scientific language of chemistry, all played a part. But chemistry, or at least its results, could not be confined to the world of scientific research. The craze for hot-air and hydrogen ballooning in the late eighteenth century and the ballooning-related fashions in clothes, playing cards, and ceramics were only part of the story. Priestley’s invention of carbonated water, as the poor man’s alternative to the sickly rich drinking the waters at expensive spas, continued chemistry’s association with health that had begun with alchemy. On the other hand, the Victorian craze for green  coloured (courtesy of arsenic) wallpaper helped create what might be the worlds’ first recognized (and reported as such) environmental hazard.

In 1856, an eighteen-year old Englishman, William Henry Perkin, tried to turn coal tar into the malaria-preventative quinine (a material transformation worthy of an alchemist). Like Böttger, he failed, and in his failure he launched a colour revolution and inadvertently helped found the German dye and pharmaceutical industry. Perkin had created mauve, the first of the synthetic aniline dyes that brightened the world from the 1860s. Queen Victoria, before her black phase, wore the new chemistry and started a fashion for that shade of purple.  A rapidly industrializing Germany adopted the colourful anilines and made them its own, incidentally creating the first strong link between chemistry as a modern science and industry. A German physician, Gerhard Domagk, working for I.G. Farben, found, in 1932, that a modified red dye killed bacteria and so the first true antibiotics, the sulfa drugs, came into use. The link between fashion and medicine remained, for the skin of patients sometimes turned red, an indication that the drug was working.

ry lie in fashion, but the same industry that began with the world’s brightest colours went on to produce Zyklon B – the poison gas of choice in the Nazis’ extermination plans. World War II is known as the physicists’ war for the development of the atomic bomb, but every war has been a chemist’s war from the time humans learned to smelt metal. Just before World War II, Lise Meitner (an Austrian-born, later Swedish physicist) showed that the alchemists were right -- we can transmute one metal into another, in this case via nuclear reaction, and, by the end of the war, uranium 238 was transmuted into plutonium.

The hallmarks of the old alchemists, the grandiose goals and sometimes secrecy, continue today in our chemical quests – the creation of synthetic life, a cure for aging. At the same time, every time you boil an egg you change the very nature of matter, in this case the shape of the proteins in the egg.

The rise of modern science and its growing prestige, especially the professionalization of science in the nineteenth century, pushed out the non experts. We’ve lost that sense of chemistry as the art and science of the everyday, and of ordinary people. But we can get it back. Recently, as part of the Chemical Heritage Foundation’s museum programme, I asked a glass artist to give a talk and presentation of her work. She was a little nervous at first, saying she had never studied chemistry and didn’t know anything about it. But after speaking about what she did -- her tools, the furnace, how she pulled molten glass about, the metals she added, what happened to the glass at different temperatures – she turned to me in surprise and said, “I am a practical chemist.”