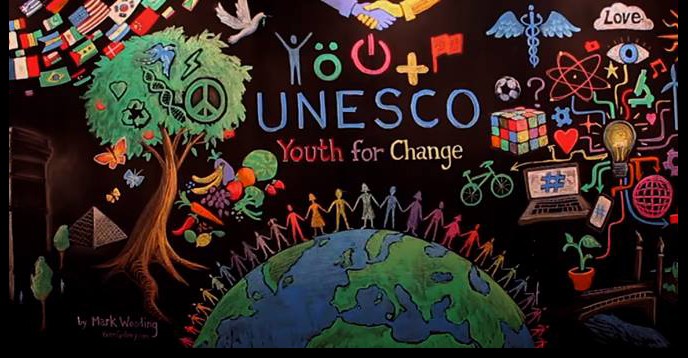 Fifty years after May ‘68, the UNESCO Courier invites you to rediscover its issues devoted to youth.

"With their need for absolutes, the young are less than ever able to tolerate the injustices and disorder of the world," declared René Maheu, Director-General of UNESCO, in the Courier published in April 1969. "Our focus doesn’t have to be on changing the whole world, just changing our world,” the American actress and singer Monique Coleman, the first UN “Youth Champion” for the International Year of Youth 2010-2011, said in her interview published in the July-September 2011 issue. "They number more than a billion and most of them live in developing countries. The world population of 15- to 24-year-olds represents more than a billion hopes for a better future, more than a billion ideas to change the world in constructive ways, more than a billion potential solutions to the problems of today," Irina Bokova, Director-General of UNESCO, wrote in the same issue.

The UNESCO Courier has reflected on youth-led revolutions in different parts of the world, in its issue Youth 1969 (April 1969), following the May ‘68 protests, and in How youth drive change (July-September 2011), following the Arab spring.

The magazine also examined the most burning questions of concern to young people during the first International Youth Year, Youth 1985 (June 1985), as well as in its issue Youth with a purpose (July-August 1965).

Proving its originality, the Courier asked a 25-year-old to speak about UNESCO on the occasion of the Organization's 25th anniversary: 25 years of Unesco viewed by a student of 25 (August-September 1971). In view of the fact that around half of the newly infected with HIV were aged between 15 and 24, the Courier published the issue Getting youth through the AIDS crisis (October 1990). And to begin the millennium, it sought to explore the close ties that unite young people from the four corners of the world through music: Youth's sonic forces (July - August 2000).

Enjoy the reading and stay young!

Many other articles on youth are available in other issues. Do a keyword search to find them.