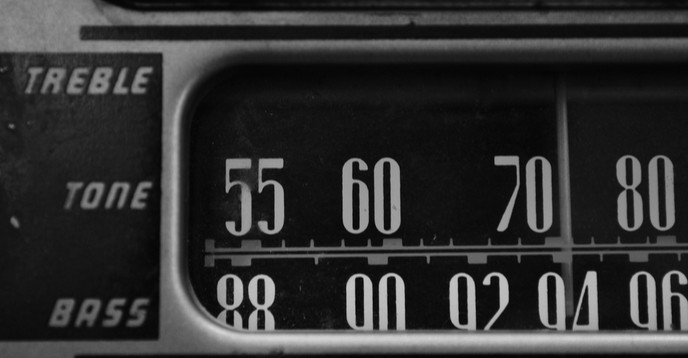 Lusaka is a one-street Central-African town of one-story buildings. One almost looks to see the horsemen of a Western film gallop in and hitch their horses to the rails outside the store.

But overshadowing the one dusty street are the towering radio masts that are the monument to an idea- an idea that is already beginning to change the face of the vast tropical territory of Northern Rhodesia and to change the lives not only of its two million people but of peoples in underdeveloped territories throughout the world.

Northern Rhodesia is impoverished by soil erosion, the present and future of its illiterate people threatened and overshadowed by superstition, bad farming, ignorance of the simplest principles of personal and domestic hygiene.

How best to teach them the need for hard work and for education, for water-conservation and better hygiene, for the protection and care of pasture and forests?

Pamphlets and posters are useful-but not so useful if only one African in every ten or so can read. More and more African children are learning to read and write, it is true, but how many years before a completely literate generation has grown up? And what of the soil in the meantime?

A semi-amateur radio station had been set up at Lusaka in 1941 to keep Europeans and Africans informed about the progress of the war and to stimulate their war effort. It was found that the African, unused to reading, was both a readier talker and a better listener than the European - at home both at the microphone ant at the receiver. It was decided that broadcasting to Africans must not only survive the wartime need but develop to meet the post-war needs.

When I toured Africa early this year as one of Unesco's field surveyors to examine the needs and the progress of the various methods of mass communication, I found the Lusaka radio station broadcasting in simple English and in five African vernaculars, five hours a day, to the native populations of Northern Rhodesia, Southern Rhodesia and Nyasaland.

Lusaka was putting out programmes of European and African music, news, plays and talks and dramatized feature programmes on hygiene, husbandry and the rule of law. The station had a potential listening public of five million people, perhaps eighty or ninety percent of them illiterate, spread over an area as big as Western Europe, or as the states of Arkansas, Louisiana, Oklahoma, and Texas put together.

But the best broadcasting in the world is of no use to a population that cannot afford the means to listen. An answer to this need is the "saucepan special -  a  radio receiver that will stand up to a tropical climate and to clumsy handling, that can be used miles from electric current, repair shops, and battery chargers, and be sold at a  price within reach of a considerable number of Africans.

In the Unesco survey of broadcasting in Africa is a technical description of a short-wave dry-battery set which begins :

“ The cabinet of the receiver is in effect a large aluminium saucepan (without handle) of nine inches diametre, with a back-plate screwed and sealed, and a gauze-covered opening at the front of four inches diametre”. And it is interesting to observe that included in the notes on such up-to-date and matter-of-fact subjects as valves and vollages is the sentence, “ It is painted blue, since research in the various colonies in Africa revealed the fact that one tribe or another had some kind of superstition about almost every other colour”.

The saucepan special is sold for five pounds sterling, with a dry battery for another twenty-five shillings. The first two thousand sets were sold in a few weeks and then or more persons listen in to eact set. There are already something like twenty thousand listeners of whom more than three hundred have already written to Lusaka to express their delight - a high proportion, when it is remembered how few of the listeners are literate.

A Chief from the most primitive part of the territory wrote a letter expressing his joy that his people were learning from the radio “care of children, education of girls, sanitation, housewifery, improved methods of agriculture and many other things”, adding that “particularly do the people in this District desire to hear more about care of dams and how water can be usefully reserved”.

“I feel proud”, wrote Mwiwa Amisi, “when I switch on my set and have the whole world in my house”.

But it was perhaps John Somati who best summed up what the cheap radio set can do for a simple and primitive people when he sat down in his wattle-and-daub hut, under the palmtrees, and laboriously wrote down, “This wireless set doing more than cost, therefore I seen we African we have a good chance of new life”.