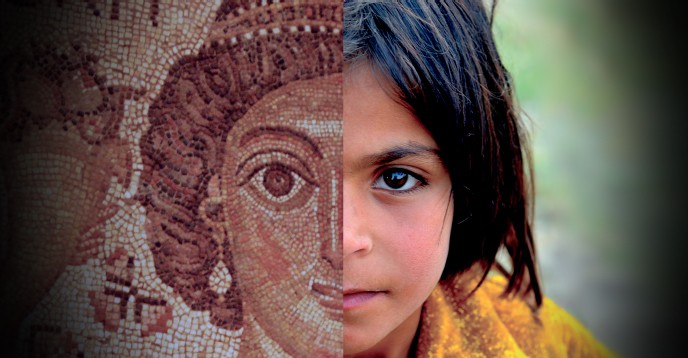 A poster for #Unite4Heritage, a global movement launched by UNESCO, which uses social media to encourage youth to help protect cultural heritage.
© UNESCO

From the very start, UNESCO has actively campaigned to emphasize the essential role that culture plays in global peace. The development of modern conflicts confirms the increased need for this form of “soft power” today.

The repeated attacks on heritage in Iraq, Libya, Mali and Syria have shown the extent to which the protection of cultural heritage cannot be separated from the protection of human lives. Violent extremists do not target only the general public; they also target teachers, journalists, schools, and historical monuments in an attempt to undermine and disrupt the societies they wish to subjugate.

In response, we must do more to integrate culture in our strategies for security and peace, as a means to build long-term resilience, resistance and cohesion. This is why UNESCO has intensified its emergency programmes and initiatives to counter violent extremism, while continuing its political advocacy.

Several resolutions recently adopted by the United Nations Security Council represent a historic recognition of the importance of protecting heritage for public security, such as Resolutions 2199, 2354 and 2347. For the first time, a UN resolution, Resolution 2347, unanimously adopted on 24 March 2017, covers the range of threats to world heritage – affirming that its deliberate destruction constitutes a tactic of war, which calls for suitable responses.

The conviction by the International Criminal Court of the militant leader responsible for destroying the shrines of Timbuktu (Mali) − in the very first international tribunal entirely devoted to the destruction of cultural heritage − also marks a decisive step towards an end to impunity for these war crimes.

These events are evidence of an unprecedented development, which is also the result of UNESCO’s actions. The use of armed force is not sufficient to defeat a threat that thrives on ignorance and flawed readings of history. The battle against violent extremism is waged through culture and education. Lasting peace requires recourse to what the poet Aimé Césaire called “miraculous weapons” – education, culture and knowledge – which strengthen the defences of peace in the minds of each and every one.

It is in this spirit that UNESCO is seeking to raise public awareness of the values of tolerance and respect through creation. As Edouard Glissant (1928-2011), former Editor-in-Chief of the UNESCO Courier, pointed out, art has always served as a trigger for “the creative capacity of the individual and the community and [has] provided a mirror of identity”. Artistic creation is an initiation of intercultural dialogue, and building bridges amid the world’s rich cultural diversity.

Many people, both young and not-so-young, want to transmit this discourse of peace, tolerance and respect for rights. The Unite4Heritage campaign that I launched in 2015, has since attracted a great many supporters across the world. The initiative has demonstrated its vitality in building peace, growing silently like the trees in a forest, even when our attention is focused on the tree that is being felled.

Let us continue to invest in this “soft power” of UNESCO, and to continue to believe in the capacity of these “miraculous weapons” that humanity is forging patiently to establish lasting peace.