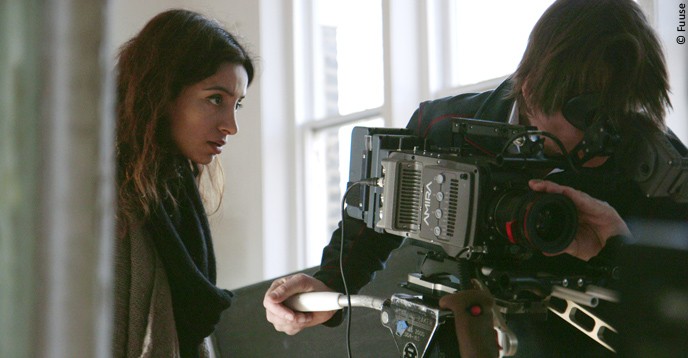 What made you decide to make the film, Jihad: A Story of the Others?

I come from a Muslim background myself, and have to deal with the consequences of the growing religious fundamentalism within our communities. I was very invested in trying to understand why this movement is becoming increasingly violent and why it is consuming more and more of our young people. I was unsatisfied by the conversation that we are having around jihadism. It is easy to hate the men who are a part of this, but not particularly productive. I wanted to make a film about what it is like to be that person attracted to jihad. And I learned that I had a lot in common with them.

The realization that I could recognize myself in a lot of their issues scared me more than anything else. But we are separate in how we deal with these issues: these men chose to pick up a gun, I choose to pick up a camera.

The people you interviewed are all former jihadists. How did you gain access to them?

It took a really long time to build trust, and about two years to make the film, which I finished in 2015. The best way to gain trust is to be persistent and honest about what you’re trying to do. I constantly told them: “I do not agree with you, I do not even like you (but I do now). I just want to listen, to understand, for you to share your stories with me.” Many appointments were set up and cancelled; some of them would choose not to talk or asked me to turn off the camera. Some of them wanted me to lose hope, but I kept coming back, because I really wanted to know. 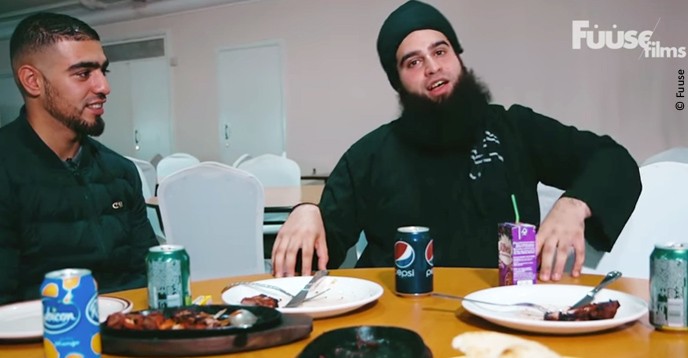 Scene from the film Jihad: A Story of the Others by Deeyah Khan, with Sabyl and Wassem, in Birmingham, United Kingdom.

What prompted them to abandon jihad?

For one of the main characters, it was a matter of realizing that what he had believed, was not true. He thought he was fighting for Muslims, and for a better world and then he realized he was becoming just another oppressor. For many of them, it was recognizing the fact that there were hypocrisies and double standards in the world-view that they had created for themselves. Another factor was that people who they (the jihadis) considered to be the enemy, starting treating them like human beings. The minute you start connecting to your humanity, it’s different.

You said that you didn’t like these men at first, and now you do. What made you change your mind?

A lot of the young people who are drawn to jihad are actually initially creatively inclined, and because that is somehow stinted, it bursts out as violence. I did not expect to hear that an overwhelming majority of the men I spoke to − on and off camera − said they would like to be rappers or poets or painters. But they couldn’t do it because their families would not let them or their societies did not accept it. That hurts me very much, because that, we could have done something about. We are all responsible for what is happening to our youth.

When you say we are all responsible, are you referring to family, schools, governments, or the international community?

I mean all of us as individuals, how we respond to people in our everyday lives. When a young Muslim boy comes and sits next to us on a bus, it matters how we look at him, how we hold our purse. Similarly, when our politicians or governments speak about these topics from a very hateful place, defining their own citizens as monsters, it makes it very difficult to engage with these monsters, and maybe allow for the chance for them to become human.

As for families, they must recognize that they are betraying their children when they put unmanageable expectations on them. Their children are only human.

I think our schools, our police, our media, all have a responsibility when our young women or men come to them for help, whatever their culture, background or race. It is all about human interaction. Whether we are artists, activists, feminists, anything, we all have an obligation to stand up. 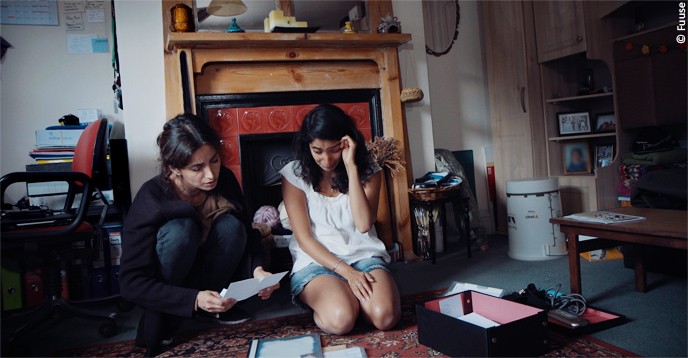 A still from the shooting of Islam’s Non-Believers.

Is that the reason you founded sister-hood, the online magazine, and series of live events? What made you venture into the media?

Yes, sister-hood was founded in 2016, and works through civil society and media channels. It is an international platform where the woman of Muslim heritage is at the centre. Everybody talks about Muslim women, but rarely do we actually talk to them. I wanted to start creating work that refocused our attention on what it is like to be that girl who is suffering, that man who is wanting to go out and fight in Syria.

The response and the community-building between the women has been amazing − we now have nearly 200 writers from forty countries. I realize the importance of women telling their own stories, whoever they are. Exposing oppression is only half the story. I deeply respect journalism as a profession, but I am frustrated by the incomplete stories that we continue to tell in the media. We talk about honour killings, about violence against women, but we forget the person.  In everything I do, I am trying to turn up the volume of the voices of the people who are already there.

In 2012, you made the documentary, Banaz: A Love Story, about a young British Kurdish woman who was killed by her own family for choosing a life for herself. Why did you focus on just her story?

I wanted to make a film on “honour” violence and I was going to tell two or three stories − including Banaz’s – which was a terrible failure of the police in the United Kingdom. Banaz approached the police five times for help, but was ignored.

I changed my mind when I met the policewoman who investigated her murder. I asked her why she fought so hard for this case (she got the uncle and father convicted in the UK, and then went to Iraq and worked to extradite two cousins implicated in the murder, to the UK), and she replied: “I did it because I love her.”

I could not understand how she could love a girl she had never met, who was dead, but she said: “Everyone should be loved. She should have been loved. The people who were closest to her did not love her. So I loved her and still do.”

I remember thinking: “This is the film I want to make!” And Banaz was born. Banaz’s story includes all the problems and all the solutions. And the solution to this problem is that we have to care.

Could you tell us about your 2016 film, Islam’s Non-Believers?

When I started looking into this, I was shocked. I discovered that there are between 4 million and 15 million non-believers in Pakistan; between 1.4 million and 6 million of them in Saudi Arabia. Some governments have set up ministries to counter atheist thought. In many Islamic countries, it is a crime to be a non-believer and openly talk about it, and people are being jailed and even killed for this.

I decided to make a film to explore this phenomenon, which is not discussed enough.

Why did you choose film to communicate these issues?

If you want people to take action, you have to make them feel something. That is what films do. That is what art does. It does not just engage our intellectual capacity, it speaks to our emotional register. This is what is so unique and precious about all forms of art.

Art goes beyond our differences, beyond all the walls and inequalities that exist between us. To me, art is an equalizing factor. To understand its power, you have to look at how oppressors, dictators and abusers treat art and artists. And the first people that oppressors target, other than women, usually, is artists.

Going forward, what are your plans in your capacity as UNESCO’s Goodwill Ambassador?

What I hope to do is not just promote the work that artists are doing, but also to talk about how artists are paying a great price doing this, in many parts of the world. Artists, including some of my own friends, are being persecuted, mistreated and imprisoned. And we need to protect them. My dedication and my heart is to try and support marginalized voices, and to tell more of their stories.

Deeyah Khan, UNESCO’s first-ever Goodwill Ambassador for Artistic Freedom and Creativity since 2016, is an Emmy and Peabody award-winning documentary film-maker and founder of Fuuse, an independent media and arts company that puts women, people from minorities, and third-culture kids at the heart of telling their own stories. She also founded sister-hood, a digital magazine, spotlighting the diverse voices of women of Muslim heritage.

Giving up a successful career as a singer to fight extremism and prejudice through different media, Khan continues to write and produce songs. She has received many awards for her work, including the Ossietzky prize, the University of Oslo’s Human Rights Award and the Peer Gynt Prize from the Parliament of Norway.