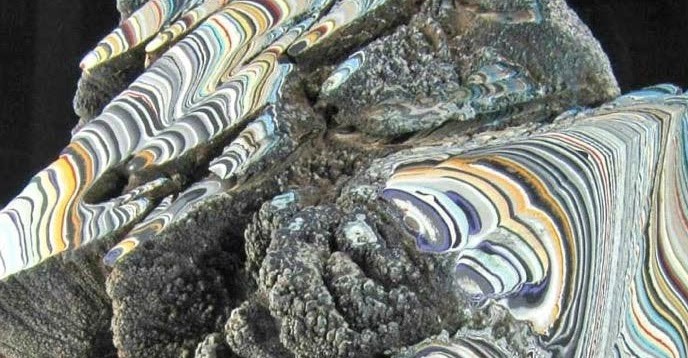 Since the industrial revolution, technological innovation has been freeing mankind from many of the bonds that link it to the rest of Nature. But this supposed progress could have a tragic ending. Climate change is now showing us that it is time we stopped behaving like strangers in our own ecological niche.

Apocalypse scenarios crop up often in our modern civilization. We have seen economically driven famines, wars over gold, oil and diamonds. There are threats of imminent ecological disaster and global nuclear war. Civilizations have disappeared in the past and ours could also come to an end. Now climate change, like nuclear winter, joins the growing list of potential disasters that could tip mankind towards calamity.

Unlike nuclear war, the agency that triggers climate change is not clear-cut. Science has ‘very high confidence’ that the changes occurring in the atmosphere are a result of human industrial activity, pumping billions of tonnes of greenhouse gases into the lower atmosphere for the past 150 years.

No single individual has triggered climate change, any more than one individual – not even an individual State – is in a position to halt the industrial technologies of modernity. It is true that consumer decisions on a mass scale could alter the way corporations produce goods and services and this could, in turn, have an impact on climate change. But, more fundamentally, to cope adequately with climate change, the very role of ‘consumer’ needs to be transformed.

Individuals can and do lead very ecologically friendly lifestyles. But they soon realize how hard it is when the community as a whole is not designed to have a light ecological footprint. Ancient cities in Europe and the Middle East are much easier to walk around than the densely populated, sprawling concrete jungles of the New World, where public transport is a much more effective way to get around. But in the low-density suburban sprawl, if public transport is not well organized, the car is still king.

In the end, then, it is up to our political leaders to make the right decisions. Yet, on an international scale – the scale on which our future is being played out – there is an evident lack of leadership. Every year in the international conferences on climate change that have been held since 1995, our political leaders have failed to challenge the technological norms that prevail in modern societies.

For me, the reasons that those in leadership positions find it so difficult to challenge the status quo lie in the twin apparatus of modern technology and global economics, which are central to modern civilisation. And we are all struggling with this. To transform them seems impossible, tantamount to changing civilizations, shifting from one ecological epoch to another. But, according to the Royal Society of Great Britain, we have already done just that.

In 2010 this venerable body officially declared that the planet has shifted from the temperate, placid, Holocene epoch – which lasted for over 10,000 years, and saw the development of agricultural and urban civilizations – to the turbulent and probably catastrophic Anthropocene epoch, influenced by man’s activities (from the Greek, anthropos: human).

The shift had undoubtedly begun much earlier, at least by 1945 (with our entry into the nuclear era) and, more likely, towards the end of the 18th century, when the Industrial Revolution significantly changed the way people relate to their local ecosystems.

Damaged links between man and nature

Post-industrial technologies have given modern man the feeling that he is free from the bonds that link him to the rest of Nature. In cities, we are no longer dependent on local seasonal produce. Thanks to refrigerated transport and storage, people living in urban areas can import food stuffs and other goods from far afield, compared to a ten kilometres or so walking distance in the 18th century. We will not die of hunger if the crops fail, as we would have in the past – and this has changed the relationship of city-dwellers to their local ecology. We may even be unaware of floods and droughts in surrounding rural areas, or where our drinking water comes from, or how healthy our forests are. And, as the proportion of global population living in urban areas grows, cities are continuing to spread into the surrounding countryside, with a constellation of technological and economic necessities, rather than public need, dictating how they are built.

The physical shape of our cities, our modes of agriculture, mining, energy production, forestry, fishing and commerce have all changed radically in the space of a century and a half, transforming the way much of the world now looks.

Our communities have become so embedded in the tempo and expectations of modern technological innovations that these are even shaping our understanding of ourselves as ‘individuals’, as humans, while narrowing our view of the Earth, rendering it increasingly remote.

While there has been a long tradition of small groups of ecologically mindful people, their impact on the norms of modern life has been limited. Individual ethics has meant little to the juggernaut of modern progress. But climate change has brought the scale of modern industrial technology and its by-product of greenhouse gas emissions into global consciousness in an unprecedented way.

The Anthropocene epoch may become one of the planet’s major extinction periods, similar to when the dinosaurs became extinct 65 million years ago. For the first time, we can see clearly the impacts of modern technological progress on ecology at a global, planetary scale - unless something radical shifts.

But this shift is slow in coming. International schemes for trading greenhouse gas emissions, for example, show just how little the real scale of ecological realities is being taken into account.

This is not a Luddite, antitechnological position. But we can no longer remain strangers in our own ecological niche. Modernity is global in scope, and our ecological niche has become global too. Climate change makes it clear that ecological boundary conditions need to be taken seriously. Gone are the days when the human imagination is free to construct an ideal reality. Human activities, technologies and economics need to be appropriate for the harsh realities of ecological conditions.

The awareness of planetary ecology that climate change has awakened in us should force us to shift the normative lens through which we comprehend the world. We can do nothing without strong political decisions on an international scale. Perhaps globalization can also be seen as the ‘new Green.’

Ruth Irwin is Senior Lecturer in Business Ethics at Auckland University of Technology, New Zealand. She is the author of Heidegger, Politics and Climate Change (2008) and Editor of Climate Change and Philosophy: Transformational Possibilities (2010), both published by Continuum, London 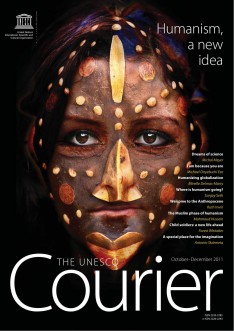