The year 370 of the Hegira, exactly one thousand years ago according to the Christian calendar, marks the birth of Ibn Sina, one of the most famous and most influential of the philosopher-scientists of Islam.

Ibn Sina, or Avicenna as he is better known in the Western world, was born near Bukhara, in Central Asia, in a region which then formed part of the Abbasid caliphate. But this immense community, stretching from present-day Afghanistan in the east to southern Spain in the west under the banner of Islam, was disintegrating politically. Independent local dynasties were arising which admitted only nominal allegiance to the Caliph in Baghdad.

Far from heralding a parallel cultural decline, however, this break up was to usher in a golden age of Islamic civilization. Each of the emergent new States made their own scientific and cultural contributions and their rulers vied with each other to attract to their courts the greatest minds of the period. Spreading to the West, the rich outpourings of this resurgence were to act as a leaven of the later European Renaissance.

Avicenna was a key figure in this cultural ferment. Permeating the whole of Islam, his influence penetrated Europe through Muslim Spain where it remained a force for centuries. Standing at a crossroad of history, where different civilizations and epochs met, Avicenna was a figure whose genius is the inheritance of all mankind. This issue of the Unesco Courier is devoted to an examination of the many facets of this remarkable man. 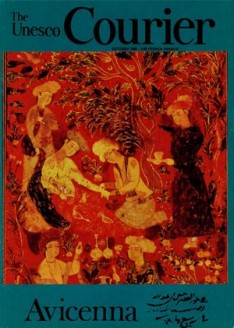