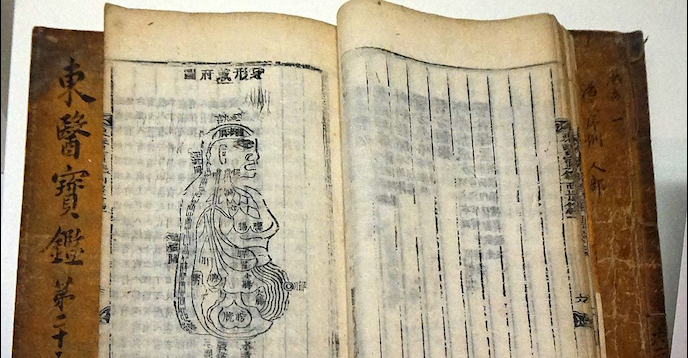 Page of one volume of Donguibogam, National Museum of Korea, Seoul, South Korea

For four centuries, the Korean medical encyclopaedia known as Donguibogam has been a source of inspiration for thinkers and artists alike. Its 25 volumes contain a colossal amount of medical knowledge and philosophy along with some unusual prescriptions.

All the traditional medical practices of our country are cited in the Donguibogam and it is also their source. This is how Hwang Kyeong-sik, professor of philosophy at the University of Seoul, began his presentation at an international scientific conference devoted to this exceptional book, held on 3 September 2009. The conference, at Korea’s National Library, marked the 400th anniversary of the Donguibogam, which had just been inscribed on the UNESCO Memory of the World Register. It is the first medical text to appear on this prestigious list.

It was compiled by a court physician, Heo Jun (1546-1615), on orders from the king, Seonjo de Joseon. It took 16 years of continuous effort, not even disrupted by a change of reign or the Japanese invasion. Thus was born a genuine medical encyclopaedia in 25 volumes, which has continued to inspire thinkers and artists alike over the centuries.

The Donguibogam is one of the classics of Korean culture. Apart from its value for the medical world, it also offers a philosophical vision of Eastern Asia at the beginning of the 17th century. The underlying message of the encyclopaedia is that it is possible to keep a body in good health by maintaining its energies – which are like those found in nature – in balance. Indeed, it starts with a chapter on cosmology, where the workings of the body are compared to those of the universe.

This principle is still accepted today and continues to spread, thanks to the success of “deep ecology”, which considers humanity to be an integral part of the planetary ecosystem. It can trace its origins to Taoism and the concepts of notacting and not-being. Heo Jun was convinced that all illnesses arose from an imbalance. For him, the most effective remedy was meditation, not medication.

The pulse, a celestial energy

If the Donguibogam were not useful in healing the sick, its value would have remained limited despite its philosophical interest. Using the teachings of oriental philosophy, the encyclopaedia identifies, classifies and lists all the medicines and medical practices known at the time. In the chapters on pharmacopeia, acupuncture and moxibustion, Heo Jun describes appropriate treatments in detail. He specifies exactly when during the year to collect a given plant, what to do with it and how long it remains effective.

n the volumes on internal medicine, Heo Jun describes the interactions of the five viscera. “The liver, the lungs, the kidneys, the heart and the spleen all interact with one another,” explains Kim Nam-il a researcher in oriental medicine at the University of Kyeonghui. “A given organ acts differently according to its links with the other viscera. The Donguibogam explains this principle clearly.”

The section on external medicine deals with the five body elements that enable it to maintain its form and capacity for movement: the skin, the muscles, the blood vessels, the tendons and the bones. Here it is explained that the pulse represents celestial energy. In oriental medisymptoms of illnesses, as well as the remedies. Among these is a strange illness entitled yukjing : “The patient is tormented by an insatiable hunger for meat. If he is not made to vomit, he will die.”

Even more peculiar is a formula in the chapter on Diverse Remedies, which tells us how to make ourselves invisible: “Dry and reduce to a powder the gall bladder of a white dog, a kudzu vine stalk and a pinch of cinnamon. Mix all of these together with some honey. Roll the paste into balls. This preparation makes you invisible. The gall bladder of a blue dog is even more effective.”

“The Donguibogam is an excellent treatise, and most of its principles are still valid four centuries after it was written,” writes Yi Sang-bong, communications officer for the Association of Practitioners of Oriental medicine (Joseon Ilbo, 29 August, 2009). He adds, “Master Heo Jun was determined to compile all the popular Korean remedies, without exception,” as if to justify the appearance of some that may appear outlandish to us. Yi Sang-bong also suggests interpreting the magic formula for invisibility as a means of practising the way of the heart.

In his encyclopaedia Heo Jun did indeed present a compilation of the traditional remedies passed down from generation to generation throughout Asia, and especially China. But he was not shy of expressing his own convictions and experiences as a doctor. The title of the work is, itself, an expression of his libertarian spirit: literally, the word Donguibogam designates a precious book on oriental medicine, objective and independent.

Heo Jun’s wisdom and art, as well as his colourful life, have inspired generations of artists in South Korea. The novel by Yi Eunseong, entitled Donguibogam, was a great success, as was its adaptation into a television soap opera. “This is not most people’s idea of what it means to be a doctor. Most doctors are proud of their art and how it relieves the sufferings of their patients, but hardly any of them write down the treatments they use for the guidance of future generations. Unfortunately,” writes Yi Eunseong in his novel.

The Korean National Library, which holds the original edition of Donguibogam, is producing an annotated translation into modern Korean. And, from 1 to 25 September 2009, it put on an exhibition entitled The Donguibogam in Words and Images . “We showed 176 works of literature and art centred on the original edition of this work, which appeared in 1613 and is now inscribed on the UNESCO Memory of the World Register,” explains Mo Taek-min, head of the Library.

But what makes the Donguibogam so precious is not just to be found in the display cabinets of the National Library. It has also given us, in the 21st century, access to the oriental worldview at the beginning of the 17th century, people’s daily lives at the time, and Asian popular medicine. The work builds a bridge from the present to the past. Often we are oblivious to readily available marvels. Fortunately, this one has not escaped our notice. 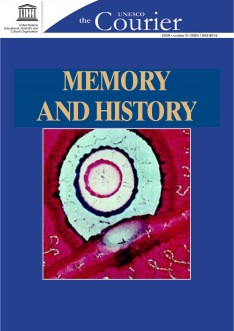