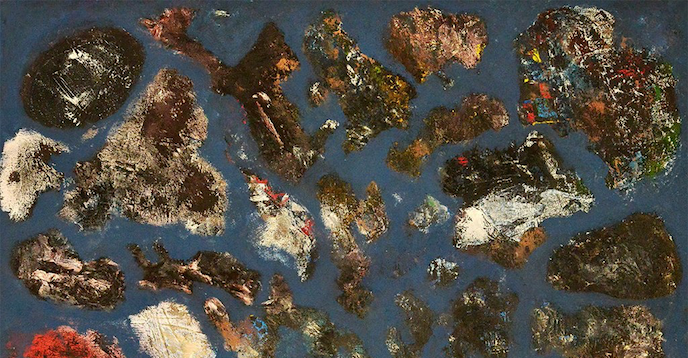 Metamorphosis I, 1997, by Hamid Sadighi Neiriz

If racial prejudice began as an alleged justification for colonialism, then the intermingling of races or cultures alone will not put an end to it; what is required is the eradication of its original cause, namely, all forms of colonialism, neo-colonialism, imperialism, and oppression. As long as one country "belongs" to another, as long as some men exploit others, no matter how intense the cross-breeding or how entertaining the carnival in Rio or Trinidad, the living humus of racial prejudice will continue to reproduce itself.

In an article published in the August-September 1977 issue of the UNESCO Courier, the great Brazilian novelist Jorge Amado wrote : "Brazil is a country of racial mixture. This is an obvious and incontrovertible fact. The Brazilian experiment is of immense importance in the search for a solution to the terrible racial problem that afflicts the world. For in Brazil the most diverse races have constantly been mingled. What Brazilian could honestly claim to be of 'pure' descent in a country where Iberians, Slavs, Anglo-Saxons and others have become inextricably mixed with black and Amerindian peoples and with Arabs, Jews and Japanese?"

These remarks are equally valid for the Antilles (with the important addition of the Chinese and Indian input) whose societies developed upon the framework of the plantation economy and slave labour. In neither case is mixing primarily racial; it is above all a cultural mixing which, going much deeper than the linguistic pluralism introduced by the various colonial powers, includes a lingua franca of joyful music, convergent mythologies, and a rhythm and a style of life springing from many sources yet with a character all its own. We Brazilians and Antilleans, therefore, can and must present ourselves to the world as examples of the integration of mixed cultures. This is what prompted the Brazilian scholar Gilberto Freyre to quip that in his country football was "more 'Brazilianly' dionysian than 'Britishly' apollonian".

The rich, dramatic history of the region from the time when, at the end of the fifteenth century, the Europeans began to arrive and make it, in the words of the Dominican writer Juan Bosch, "a frontier of empire", until today, has formed the substratum of this mixing of the peoples who settled there voluntarily or, more often, under duress and in widely varying conditions.

Can it be assumed, then, that cultural syncretism, so widespread and indeed so inevitable between us, will result in the disappearance of racism? It would be wonderful if we could answer yes to this question, but we cannot. It has been said that, apart from some very isolated communities such as certain Inuit (Eskimo) groups in the extreme north and certain Amazonian Indian tribes, there are no really "pure" races or cultures in the western hemisphere. In other words, here, as in almost every part of the globe today, intermingling of peoples is the norm; yet racism has until now survived, in some notorious cases at a level which is an affront to human dignity.

The extremely dubious concept of "race" emerged in the early days of capitalism as a justification for the col¬ onial depredations without which, and above all without the terrible scourge of slavery, as the Trinidadian Eric Williams has pointed out, capitalism as we know it would not exist. The word "race" itself, with the meaning it took on at that time, did not exist in, any language and, significantly, had to be borrowed from zoological terminology. In its new meaning, cultural differences, often enormous, were ignored and an artificial homogeneity was proclaimed, which caused the Cuban writer José Martí to declare irritably that "there is no racial hatred because there are no races", and the Martinican Frantz Fanon to assert that "the negro" was invented by the colonizers.

Of course, there are somatic differences of genetic origin which manifest themselves, either visibly or not, in a predisposition of resistance to certain diseases, etc. But that is all. Race does not determine culture, because it does not determine anything fundamental. Cultures are created by man irrespective of race, and if, as sometimes happens, there is a relationship between them, what this relationship implies is that cultures modify races and not the other way round.

According to the French anthropologist, Claude Lévi-Strauss, "all cultures leave their mark on the body". There is daily proof of this. One need only walk through the cities of a still lively prestigious culture to see that women, who are much more imaginative than men in this as in many other matters, have a habit of piercing their ears in order to hang all kinds of objects from them, of painting their lips, cheeks, eyelashes and fingernails ("they paint themselves in order to hide themselves", said the French poet, Paul Eluard), dress their hair in a variety of shapes, remove the hair from various parts of their bodies, etc. Of course these cities may be New York, Paris or London, and the culture in question is Western culture a syncretic culture if ever there was one. Facts of this kind show that one can be of mixed culture quite apart from racial integration. The process by which one arrives at this give-and-take which is an essential element of all cultural crossfertilizations has been felicitously described by the Cuban writer Fernando Ortiz as transculturation.

If racial prejudice began as an alleged justification for colonialism, then the intermingling of races or cultures alone will not put an end to it; what is required is the eradication of its original cause, namely, all forms of colonialism, neo-colonialism, imperialism, and oppression. As long as one country "belongs" to another, as long as some men exploit others, no matter how intense the cross-breeding or how entertaining the carnival in Rio or Trinidad, the living humus of racial prejudice will continue to reproduce itself.

There are even certain dangers in the idea that cultural cross-fertilization will of itself cause racial prejudice to disappear. We should like to underline two of these dangers. First of all, there is the danger of creating, in one way or another, the impression that, paradoxically, race can be identified with culture. This implies acceptance of the theory that, apart from its relatively unimportant biological condition, race also has an historical incidence a theory which prevailed from the days of Gobineau to those of Hitler.

Secondly, to propose racial integration as a solution for racial prejudice belongs, in the final analysis, to the realm of illusions like négritude. We know that this term, whose success is due to a famous poem written by Aimé Césaire of Martinique, ended by creating a new mystification. However, before it was called by this name, négritude had a number of undeniably positive aspects, such as the exaltation of the negro by men like the Jamaican Marcus Garvey. It would therefore be unfair to deny all that we owe to claims of this kind, insofar as they imposed respect and admiration for one of our essential roots. But because of its subsequent adulteration, the concept finally lost authority. The vicissitudes of what started as a noble purpose and finally became a hostile weapon were accurately recounted in a recent book, Bonjour et Adieu à la Négritude, by the Haitian poet René Depestre.

What really halts racial prejudice is the frankly anticolonialist and antioppressive attitude of men like the Puerto Rican Ramón E. Betances, who has made the great figures of Haiti's history known to a wider public and is an apostle of his country's independence; Anténor Firmin of Haiti, who in his work, De l'Egalité des Races Humaines, published in 1885, declared that "the anti-philosophical, pseudoscientific doctrine of racial inequality rests exclusively on the idea of the exploitation of man by man"; the Cuban José Martí, whose struggle is well known and who wrote in 1894 that "man has no special rights because he belongs to one race or another. Let us speak of man, and already we speak of all rights. Man is more than white, more than mulatto, more than negro", or Frantz Fanon of Martinique who twenty years after his death, is still in the vanguard of a struggle.

Integration, both racial and cultural, is certainly an indispensable step on the road to the eradication of racialism, but it is not enough. We do not deny the enormous importance of integration. What we do deny is that it can be regarded as a deus ex machina for achieving this eradication. Decisive steps towards putting an end to racialism can be seen above all in events such as the extraordinary Haitian Revolution, which opened the way for the independence of our America; or the constitution of nations in the struggle for independence, as in the case of Cuba and the Dominican Republic during the second half of the 19th century, from which emerged leaders like Gregorio Luperón and Antonio Maceo who were senior citizens of their respective countries and of the world before they were white, negro or mulatto.

This vital aim has rarely been given more beautiful expression than in the immortal poem Madera de Ébano ("Ebony"), by the Haitian Jacques Roumain: Africa I have remembered you, Africa, you are within me  / like the splinter in the wound / like the protective fetish in the heart of the village... However, I only want to belong to your race peasant workers of all lands.

It is in this spirit of fraternal struggle that man (in the Antilles and throughout the world) is moving forward towards unity without losing his plurality, which we prefer to call his richness and which will express itself in the most varied colours, rhythms, music and dreams. By force of habit, the term "white" is applied indiscriminately to pale-skinned, blondehaired, clear-eyed Nordics and to oliveskinned, black-haired, dark-eyed Mediterranean men. A superior stage will be reached when even the very word "race" will be forgotten or restored to its zoological origin, and from one end of the world to the other, as if it were the most natural thing, we shall repeat the still arresting words of José Martí: "Our fatherland is humanity."

A Cuban poet and essayist, Roberto Fernandez Retamar  is a professor at Havana university and director of the magazine Casa de las Americas. His essays and anthologies of his poems have been translated into a number of languages. 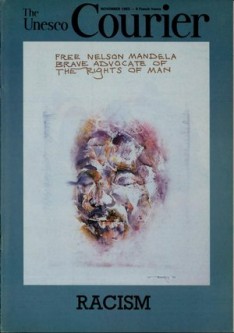