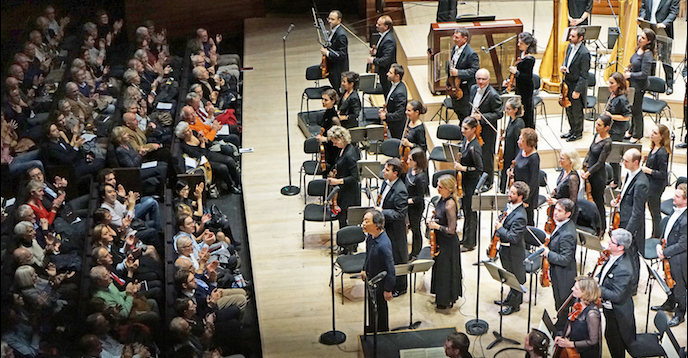 An immense ovation broke out at the Bastille Opera House in Paris on 19 September 1994 when the curtain went down at the end of the first performance there of Verdi's Simon Boccanegra, conducted by MyungWhun Chung. The audience was giving a memorable salute to the last work conducted by the young Korean conductor (except for a piece by Olivier Messiaen, Concert à quatre, dedicated to Mr. Chung and conducted by him on 26 September) as musical director of the Bastille Opera.

Myung-Whun Chung succeeded Daniel Barenboim as musical director in 1989 and conducted the first opera to be performed there, Berlioz's Les Troyens. In 1994, however, the situation at the Bastille Opera changed when the decision was taken to appoint a director bearing overall responsibility. Hugues Gall, manager of the Grand Theatre in Geneva (Switzerland), has been appointed to this post to take effect from August 1995.

To outside observers, a conflict seemed inevitable, and in March 1994 discussions began between the Opera management and Chung to take led to the enforced departure of the Korean conductor.

Myung-Whun Chung was born in Korea in 1951. He is reserved and seems to have little time to spare for any¬ thing but music and the constant effort to achieve perfection in it. Art is not Myung-Whun Chung's only interest, however:

"I was born a few months after the outbreak of the Korean war. My parents ‒ my mother was born in North Korea ‒ had had a pretty good idea of what was going to happen. Even today, forty years after the tragedy, I am still strongly in favour of the reunification of my country, although I feel that it will be a longer and more difficult process than the reunification of Germany."

"I ask myself, without being able to answer, why there should be this division and this antagonism between members of the same people, who share the same civilization, history and language. Politics is behind it all and the effects of political mistakes last for a very long time."

Chung was attracted to music at a very early age, as a result of personal inclination and family influence ‒ he had strong backing from his parents, and two older sisters became famous instrumentalists. He trained simultaneously as a pianist and a conductor. After a first visit to the United States in 1968, he went to Moscow to take part in the prestigious Tchaikovsky competition for pianists.

"It's not hard to imagine what this competition meant to the authorities at that time, and how important it was for them that a Russian should win the First Prize. This way-out patriotism, at variance with the universal, cosmopolitan nature of music, came as a shock."

How do you explain your passionfor European music?

I was immersed in classical music even before I was born. For me it was a natural language before it became a profession (in addition to the piano I have also played the violin and the kettledrums). Classical music is truly universal. It is understood and shared by an infinitely greater number of people than any form of traditional music. For me traditional music is, by and large, like the stalest kind of Western folklore. It is a question of evolution. If you compare the two styles of music over a sufficiently long period, five centuries, say, you can reasonably put forward the case that traditional music has hardly changed.

So what do you think ofthe branch of classical music that is usually described as "contemporary"?

Technically difficult music has existed since the baroque and Johann Sebastian Bach. Modern experimental music is an extremely advanced art-form which one ought to keep up with and if possible perform. But to make a contribution to it requires an enormous amount of time. It is in the forefront of a rapidly changing field. It is a new dimension whose contours are not always clear to the composers themselves. Electronic music is only one aspect of it. But the modular hall at the Bastille Opera, for example, should be useful for further exploration of this type of music, which could pave the way to the opera of the future.

Tell us something aboutyour meeting with Olivier Messiaen.

I met him for the first time at Sarrebriick where I was conducting a programme of his music. He was a man of very great talent and I was delighted that he had come. Later I recorded some of his music and we agreed to stage his Saint-François d'Assise at the Bastille, directed by Peter Sellars. That was in 1992, and alas, Messiaen died later in the year.

What wereyour working methods at the Bastille Opera?

When I was approached about the post, I hesitated at first, knowing full well that I would be involved in a great deal of administrative work that would prevent me from devoting all my time to music. Everyone advised me against it, but I finally accepted because I felt that there was something to be constructed there.

At the Opera, the musicians have always felt that they were given short shrift and of course that they were up against the bureaucracy. My position was simple. The purpose of the Opera as a whole and of everybody who is involved in it, should be to make it easier for the musicians to do their job and to help them fulfil themselves. The Bastille Opera orchestra is, in my opinion, the best in France, and I would like to see it make more of an impact internationally.

Haveyou met many great conductors during your career?

Yes, I had the honour to do two or three days' work with Herbert von Karajan, for example. But my most important encounter was with Carlo Maria Giulini, whose assistant I became in Los Angeles in 1978 after I had finished my studies. Paradoxically, he taught me above all not to place art above human qualities. A conductor should strike the right balance between the professional approach and an ethical way of life. It is important that professionalism should not prevail over human considerations. This is vital in an age when the notion of professionalism has become sacrosanct.

Giulini also strengthened my Christian faith. My parents were Christian, but I was not when I was very young. I came to Christianity with difficulty, after much questioning. Giulini was an example for me. He is a man who has kept his purity in a world of indifference.

I have also had the honour of being received in private audience by His Holiness PopeJohn Paul II, whose message to me was very clear: "You must do something for humanity. You must take a stand against drugs, against pollution, against conflict and in favour of peace and concord between people. That is your mission."

He also said: "Even if there are all kinds of talent, there is no fundamental difference between people. Talent, of whatever kind, is no exception to this principle." Politics cannot solve all the problems that beset the world, and I feel that I  ‒ and many others ‒ should do what we can in a disinterested fashion. I have, incidentally, been appointed a United Nations goodwill ambassador.

I came to the same conclusion at the Bastille Opera. Nothing is possible without hard work and patience. Readymade solutions do not exist. But everything always has to be done on the spur of the moment. We do not give ourselves enough time to think carefully about what we do, and personally I feel very unhappy about all this haste. We achieve far more if we are more tolerant and in less of a hurry.

Constantly changing the people at the top of institutions ‒ musical and otherwise ‒ will not lead to tangible and lasting results. We must build with greater modesty and perseverance. Music and life are not two separate compartments. 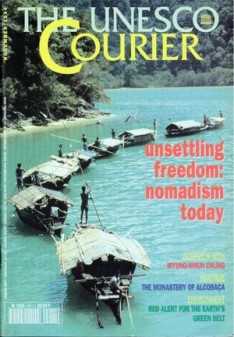