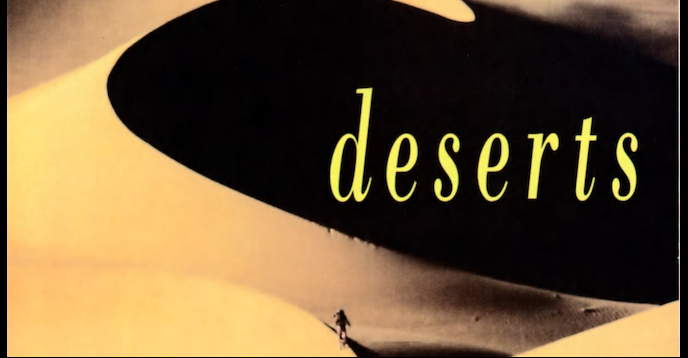 Since the early 1950's, the Courier has been supporting the fight against global desertification. "Men against the desert" was the first series of articles which reported on the first UNESCO project aiming to transform nature's wastelands in 1950. In the June 1951 issue, Maurice Goldsmith alluded to a new deal for the world's arid lands.  "We made a wilderness when we knew little of nature's laws," he wrote. "We plundered this planet, robbing the good earth of its fertility, destroying the forests, decimating wildlife — creating wilderness. Now  — because there are about 50, 000 new mouths to feed each day and because the pressure on good agricultural land is so great  — we must restore the wilderness to fertility."

Michel Batisse carried on this long debate, assuring that "Deserts have not been created by humankind, as it is sometimes claimed, though people do contribute to desertification" in the January 1994 issue.

Read about the history of deserts around the world in the Courier issues over the years !

Thirsty lands: past and future, May 1962

Conquest of the desert, August- September 1955

Pushing back the desert frontiers, July 1952

A Halt to advancing desert, November 1994

Islands of welcome in a sea of sand, February 1990

The Menace of desert advance, January 1985

Cities that blossomed in the desert, December 1977

Hunting the sun in the steppes of Central Asia, January 1974

The Camel, facts and fables, August-September 1969

The Deadly salt of the earth, December 1962

Desert or deluge at the flick of a switch, September 1960

Question marks in the desert, February 1960

Singing sands; a strange concert heard in the desert, June 1958

The Land of countless ruins, July 1954

The Sea, the desert and the jungle; focus of international research, April-May 1954

Three islands in a sea of sand, October 1952

Men against the desert; postscript to a mission, May 1950

Men against the desert, April 1950

Ploughshares have replaced rifles in the Sahara, March 1950

Goodbye to another illusion: the rainless desert, March 1950

Men against the desert: a new Sahara 'garrison'; the desert scientists, March 1950

Many other articles on deserts are available in other issues. Do a keyword search to find them.