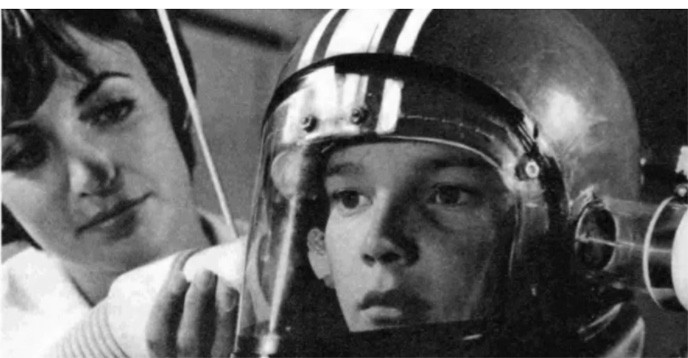 Colossal strides in civilization in the past have followed each major advance in man's observation of the skies. Astronomical discoveries, time after time, have influenced and, in some cases, shifted the very course of history.

As the Apollo 11 and 12 spacecraft raced toward their rendezvous with the moon last July and last November, these most ambitious of man's ventures were the focus of a sharp and lively debate back on earth about the real meaning and value of space exploration.

Twelve years had passed since the Soviet Union launched the space age by firing Sputnik I into earth orbit on October 4, 1957. The United States had spent some $44 thousand million on space programmes, $24 thousand million on the Apollo project alone. Hundreds of thousands of top scientists and technicians had been striving together in by far the largest team of specialists ever mobilized in a single undertaking.

Yet the basic question was still being asked: "Is this trip really necessary?"

Was the moon landing a pointless "stunt", however adroitly executed, or a breath-taking demonstration of man's unlimited capabilities? Would the billions allocated for space be better spent on solving pressing problems here on earth? What, in short, is there in all this running around in space for those of us who remain earthbound mortals?

Arnold J. Toynbee, the esteemed British historian, expressed the concern of many serious-minded sceptics for whom the moon landing symbolized a yawning gap between technology and morals.

"In a sense," Toynbee remonstrated, "going to the moon is like building the pyramids or Louis XIV's palace at Versailles. It's rather scandalous, when human beings are going short of necessities, to do this. If we're clever enough to reach the moon, don't we feel rather foolish in our mismanagement of human affairs?"

But others contend that there is money enough for the moon and tasks on earth, too. And some go further to point out that the conquest of space has done much, through the development of new ideas, new attitudes, new techniques and new structures for the management of large-scale undertakings, to prepare man for a major offensive against the unsolved social and material problems at home.

"If you look at the thousands of years of civilization," Sir Bernard Lovell, director of Britain's Jodrell Bank Observatory reminds us, "you will find that only those communities that have been prepared to struggle with the nearly insoluble problems at the limits of their technical capacities those are the only communities, the only times, that civilization has advanced. The Roman Empire decayed when ¡t ceased to be progressive in this sense, and there are other examples. To a certain extent, you see the beginnings of it in the United Kingdom today, but fortunately not in the United States and certainly not in the Soviet Union."

Queen Isabella of Spain was confronted with something of the same sort of question nearly five centuries ago when she sold her jewels to assemble the resources necessary to finance the trip to the Indies of Christopher Columbus and his crew.

Her prime motives may well have been the glory and riches she expected to accrue to Spain. But the great results of this historical venture were not the spice and gold it brought to Spanish coffers, nor the vast territorial acquisitions which gave Spain dominion over the first global empire in history.

Far more important, the Columbian explorations marked the beginning of a major new cycle in the development of the world, enhancing man's mastery of the seas and bringing together in one great community, however unhappily, the entire human race.

It is not too much to contemplate that similar experiences may be awaiting us as we embark on the contemporary venture into unknown space. This is not simply because outer space provides a new dimension to potentially new resources, nor because the possibility of finding life on other planets has suddenly become much more real. Of even greater importance is the vast accumulation of new technology and new techniques resulting from the first decade of space exploration. Not unnaturally, the sheer spectacular quality of the moon landing tended to focus the world's attention on the heroic aspects of the achievement.

Somehow, the casting of the Apollo 11 and 12 voyages on millions of television sets around the world gave it the character of a sports event. Focus was on the astronauts, champions of a new interplanetary Olympiad, and on the faultless performance of the spacecraft. In the process, the real significance of space exploration became obscure.

If the experience of the past three or four thousand years has any value, it tells us that in freeing himself from the millennial confinement of the earth's gravitation and its atmosphere, man has added a vast new dimension to his environment and to his character. In broadening his horizons, he has in a qualitative sense altered his very being and completely changed his relationship to the rest of nature, and this in turn presages sweeping changes in every field of human activity.

Colossal strides in civilization in the past have followed each major advance in man's observation of the skies. Astronomical discoveries, time after time, have influenced and, in some cases, shifted the very course of history.

Now, the impact of space exploration the most momentous of all human adventures promises to usher in a new stage of civilization the broad outlines of which remain undefinable, if for no other reason than that the exploration has only begun. The potential of the universe for mankind is as completely unknown today as was that of the New World after the return of Columbus to Spain.

As Margaret Mead, the American anthropologist, has put it: "Once you raise the question that other land than this earth is possible to live on, that other places are possible places to found colonies, or that there may be other living creatures somewhere, you have changed the whole place of man in the universe. You've altered everything. This involves a considerable reduction of human arrogance and a tremendous magnification of human possibilities."

Just as the age of earth exploration completely transformed the political matrix around the globe, the space age will radically. Alter the present global political constellation and institutions. The nation state, already ill-suited to human needs in the last half of the twentieth century, can hardly be expected to effectively serve man's goals in space.

The on-again off-again trip to Mars, originally scheduled for the 1970s, will very likely be too expensive for either the United States or the Soviet Union to undertake alone. By combining in this and other projects in the conquest of space, it is possible to co-operate where prejudices and conflicting interests are least involved. In this age of global problems, the necessity of co-operation in space as human beings with predominantly common interests cannot but have a feedback on earth. If and when space exploration becomes more than a marginal activity, its higher priority is bound to give new stimulus to international joint ventures in space.

But if no one knows where this new adventure in space will eventually take us, what new worlds will be discovered what new horizons will open as man colonizes the moon or other planets, or what advantages may be found in manufacturing instruments and equipment in the vacuum of outer space, the first decade of the Space Age has given us a foretaste of what is in store for the future.

Since 1967 hardly a person on earth has not been directly or indirectly effected in one way or another by the results of the space exploration. Liberated from the forces that have kept us earthbound throughout recorded history, we now have capabilities (intellectual and material) that are immeasurably greater than ever before. These new capabilities open unlimited opportunities for the development of human faculties and the satisfaction of human needs.

A whole galaxy of earth satellites is now providing global services which have already brought vast improvements to communications, weather prediction, geology and geodetics, navigation and oceanography. These and other vital tools for the enhancement of man's control over his environment are available not only to the advanced industrial countries that have developed them, but have had immediate benefits for all countries around the globe providing developing countries with tremendous new capabilities for more rapid economic and social advance.

New technologies products, materials, processes, manufacturing techniques, operating procedures, and new standards born of space requirements are being transferred from their original space application to industry, commerce, education and public health, replacing products or practices currently in use to provide those which will better fill the vast variety of human needs.

But, most important, effective techniques and structures have been developed for the "forcing" of technology transfer, and private industry, universities and governments now have at their disposal vast computerized data banks of knowledge and data on virtually every field of the physical and social sciences, technology and the humanities.

But an even more important aspect of the Space Revolution is the last one: techniques for directing massive projects undertaken by thousands of minds in a close-knit, synergistic combination of government, universities and industry. Taken together these techniques are potentially the most powerful management tool in man's history, changing the way civil servants, scientists and managers approach virtually every task they undertake. 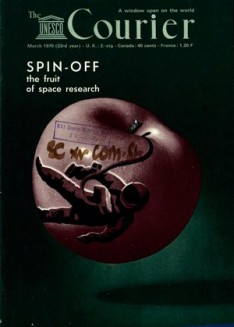