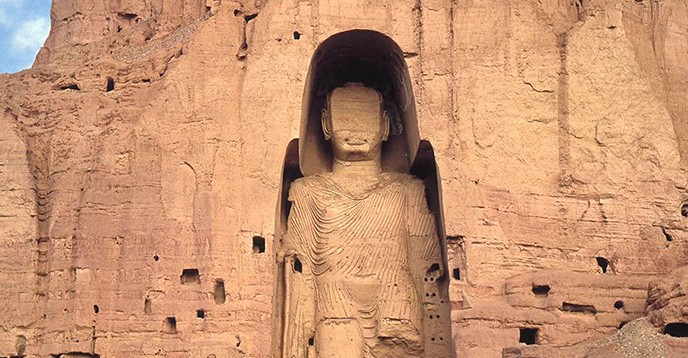 In times of war and instability, the cultural heritage of these  countries was exposed to severe  destruction and robbery.  We can only conclude that peace and stability are the fundamental factors for preserving and protecting heritage.

On February 26, 2001, Mullah Omar, the Taliban’s self-proclaimed emir, ordered the destruction of all figurative monuments and art works on Afghan soil. This unprecedented step touched off a unanimous international reaction.

Why such an outcry?  Why has it fallen on deaf ears? If the Taliban regime had helped to ease the plight of Afghanistan’s people in one area or another, I think their iconoclastic wrath would not have sparked such an uproar. Of course, the cultural vandalism has mobilized public opinion. But in this specific case, worldwide indignation was fueled by concern about all the hardships imposed on the Afghan people before crystallizing over the issue of heritage. Since the Taliban’s 1996 seizure of power in Kabul, the regime’s unfathomable scorn for the Afghan people has taken many shapes. First, dis crimination against the Shiite minority. Then requiring women to wear netted chadors and outlawing school for girls upwards of eight years old. Hundreds of thousands drought-stricken farmers have been forced to leave their land and homes, while poppies are grown in the eastern and southern parts     of the country. One single feature sets the destruction of the heritage apart from such other acts of violence: this time, the message is addressed to the international

In 1989, a few weeks after Soviet troops pulled out of Afghanistan, a group of  Hezb-i-Islami fighters             ransacked the Buddhist monastery of Hadda in the  eastern part of the country and destroyed its outstanding art works without sparking any international reaction. These same fighters, who have since joined the Taliban, laid the groundwork for further destruction based on ideological motives.

Mullah Omar’s edict gives a formal underpinning to these acts. It demonstrates more than a   theoretical scorn for the culture of other communities, especially Buddhist culture: the Taliban’s rejection is so radical that they want to wipe it out because they still invest the statues with magical, malevolent and fearful powers.

The earliest depictions of the Buddha occurred in present-day Afghanistan.  And since the artists of the first-to fifth-century Gandhara civilization were influenced by Hellenistic sculpture, they gave him the face of Apollo. Japan,  Sri Lanka, China, Burma, South Korea and Thailand view Afghanistan as the  Athens of Buddhism.

Later, during the 15th century, Herat, in western Afghanistan, was the Florence of Muslim painting. Several centuries earlier, advocates and adversaries argued over whether Islam permitted the depiction of human figures. The caliphate of Damascus settled the dispute, forbidding  the  depiction of God, but authorizing the portrayal of princes and their power.

The miniatures and illuminated manuscripts that flourished at the court of Herat were heirs to that tradition and determined the canons of the genre, which spread from Istanbul to Agra in the 18th century. Most of these masterpieces were taken to Persia after the kingdom’s annexation in 1510, while others accompanied Kabul’s Timuride princes, cousins of the Herat court, when they conquered India and set up the Moghol dynasty there. The latest figurative illuminated manuscripts kept in a library north of Kabul were burned after 1996. Moving this heritage outside its area of origin sometimes has positive effects!

In the 20th century, all Muslim countries, without exception, like all other states, adopted the principle that preserving and enhancing archaeological heritage is vital for building a modern nation and represents a base for cultural identity. As all the European powers did after Pompei’s discovery in the 18th century, they turned their backs on the holy terror that works of a foreign religious tradition had inspired until then. The archaeological past had to be preserved as a basis for knowledge, independent of the religious charge it had originally carried.

In 1919, an independent Afghanistan invited archaeologists—first French, then Italian, Russian, Japanese, American and, more recently, British and Indian—to undertake excavations, and to train Afghan counterparts in return for agree- ments on distributing the finds. In 1979, the war put an end to these exchanges. Yet it was not until after the Soviet withdrawal that the threat to heritage reached an alarming intensity, as I can attest. In autumn 1994, I walked into a Kabul museum at the same time as General Massoud’s troops. For two years, a faction independent of the central government had controlled the quarter. The building had been damaged by rocket fire and the collections plundered out of sheer greed. Massoud agreed to place a cordon of troops around the museum and guarantee its protection. Within 24 hours, Carla Grissmann, a member of Spach (Society for the Protection of the Afghan Cultural Heritage, based in Peshawar), started an inventory of the remaining collections.

The same year, Afghan archaeologists told me they were worried. They said that the Rabbani and Massoud government in Kabul would soon fall, and that when Islamic extremists entered the capital, they might destroy the collections. This emergency situation prompted Najibullah Popal, the museum’s curator, to suggest creating a temporary storehouse in a distant country. I consulted with diplomatic representations and organizations for the protection of Afghanistan’s cultural heritage. Unfortunately, none of them took action.

Since then, several projects in the same vein have seen the light of day. Paul Bucherer-Dietschi, a Swiss collector of Afghan manuscripts, says that the Taliban as well as Rabbani asked him to house what was left of Afghanistan’s heritage in his museum in Bubendorf (Basel canton). After Mullah Omar’s fatwâ, the Metropolitan Museum of New York offered to house the pieces that had been spared. If the move is still possible, and whatever the destination chosen, it should occur under the supervision of a supranational authority. UNESCO would be the most legitimate choice.

During the 1937 siege of Madrid, Spain’s republican government asked Switzerland to give the Prado collections asylum. They were not returned to Spain until after the Second World War. The circumstances in Afghanistan are different, but the intensity of the crisis is comparable. That is why the notion that cultural heritage belongs to all humanity must replace the idea of national cultural heritage. Otherwise, we must accept that Afghanistan’s pre-Islamic and Muslim art will vanish. 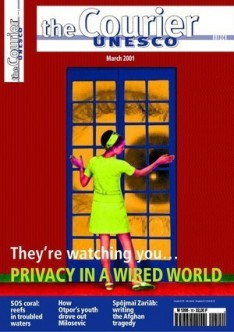