New York, Tangier, Bombay and the other cities profiled in this issue, have been dubbed "crossroads cities", a term which calls for some explanation. They are cities where life is particularly rich and variegated because their history has been punctuated by the arrival of successive waves of immigrants who settled in them side by side in some cases packed closely together.

Prosperity wove the different strands of this urban population together and crisis unravelled them, but as hopes gradually mingled and memories intertwined, a sense of belonging developed, albeit one that fluctuated between solidarity and conflict. The pulse of these cities beats more intensely and more unpredictably than that of many others, but each one has acquired the knack of handling its spasms of violence and even of drawing vitality from them.

At first sight, these unusual socio-cultural excrescences seem to tell us nothing about the countries in which they are located. A closer look shows that this is not so. They have been grafted onto their nation's tissue and the graft has taken. They have grown and prospered within the nation because through a mysterious alchemy they have responded to some of its unspoken aspirations and unavowed desires.

What is more, these cities have often been pacemakers of their country's modernization, sometimes in the teeth of strong opposition. It is due to them - although the debt is not always acknowledged that their country is geared to major trading flows and to the non-stop movement of people, ideas, capital and merchandise. In a word that it keeps pace with the changing world.

They contribute to their country something far more than resources and knowledge. They instil into it the creative energy generated by the combustion of a very broad spectrum of thinking and imagination, by myriad sources of inspiration and by the revitalization of beliefs and powers of invention. And this energy seeps through hidden channels into the surrounding country, bearing much-needed antidotes to uniformity and conformism.

By virtue of the contradictions they harbour and the conflicts they foment, crossroads cities are laboratories of the future for their respective countries as they face the challenges of globalization. 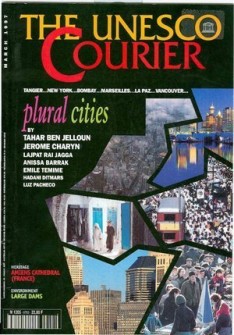