Following one another as they do in rapid succession, International "Years" have a tendency to become International "Yawns". Although they often achieve positive results, which seldom seem to receive the publicity they deserve, when the 365 days are up we tend to consider the chapter closed.

1985, International Youth Year, is different. Youth is the opening chapter of a book we cannot put down. Furthermore, we are all experts, so we believe, on youth because we were all young once. This does not, however, prevent us from expressing largely irrelevant opinions on what we label "The Problem ofYouth". They are irrelevant because society does not face a "problem of youth"; on the contrary, young people are faced with the problems of society, yet have little or no opportunity to express their opinions as to what should be done to resolve them.

This is why, in preparing this issue of the Unesco Courier, we decided to throw it open to the voice of youth. In addition to assessments of the situation of young people in various parts of the world compiled by the editors of twelve of our thirty-one language editions, we publish the results of a worldwide inquiry carried out within a cross-section of international youth in which young people themselves tell us about their hopes and fears for themselves and for society today and in the future.

Six young people provide us with a more personal insight into their way of life three of them describe in detail the happenings of a single, ordinary day, while the other three offer more general reflections.The experts too have their say. Not faceless experts but men and women who work with young people and who represent a new loving and caring, down-to-earth approach to youth. We pride ourselves that this is also the Unesco approach.

Without exception, all Unesco's programmes are designed in such a way as not only to help youth, but also to demand their active participation. In an uncertain world, young people, who constitute forty-five per cent of the world's population, bear a major portion of the burdens of poverty, hunger, unemployment and violence. Perhaps this is as it should be. After all, no one can deny that they stand accused, as did William Pitt, who became prime minister of England at the age of 24, of "the atrocious crime of being young". 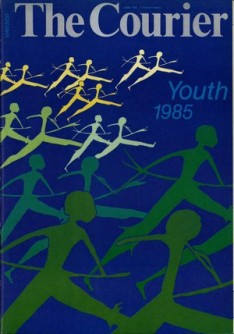