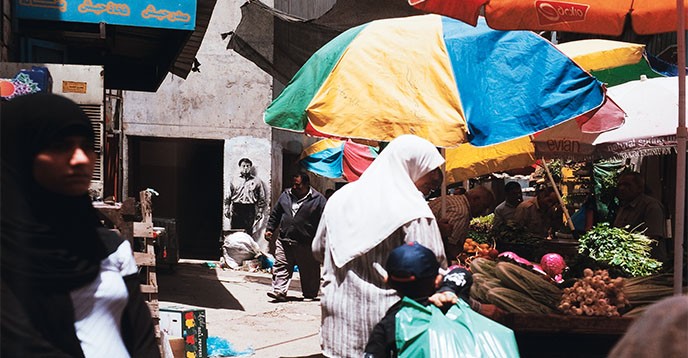 Art does not reason. It belongs to the realm of emotions, of sensibilities and imagination. The artistic experience cannot be subjected to argument, verification or proof, as it is not a form of scientific knowledge. And yet, in its own way, away from the well-trodden tracks of the sciences, art plays a primordial role in shaping the individual. It transmits the human values and worldly knowledge that are essential for opening ourselves to the Other. Artistic creation, therefore, forges very strong links between humans − transcending beyond languages, beliefs and cultures. This is why art can be considered one of the pillars of the humanities.

The times of the humanities

The humanities are still very present in the English-speaking world − covering the disciplines of literature, linguistics, philosophy, history and art − in which openness of the mind and human life are emphasized within society.

In several French-speaking countries, though, the term has fallen into disuse, or almost, except in some academic circles. Yet there was a time in the French educational system, when one “did the humanities”. That meant learning “its” classics, studying ancient languages, reading Homer, Virgil and other classical authors − acquiring as broad a vision as possible by studying the ways of being, of living, and of speaking of human beings from other civilizations.

Elsewhere in the world, in African cultures for example, there is an equivalent to this learning of “the” classics. This is the moment of initiation, when young girls and boys receive the transmission of the heritage of ancient times, enabling them to live in present times. These are the times of the humanities.

Every age, every culture has its classics, its essential texts. And, among these, poetry has always occupied pride of place. Always, that is, until now. In our disenchanted world, we have a tendency to forget that poetry exists. I would like to elaborate on this, precisely to challenge this oversight and show that poetry is an integral part of the humanities.

What poetry can do

No society exists without poets. Even if the act of creating is performed in solitude, poets do not live in a bubble. They are not hermits, shut away in ivory towers, but creators of a universe which they offer us to share. Whether their poetry is written down or sung, poets play a very important educational role.

The philosophers of ancient Greece did not fail to notice this. In their eyes, poetry was the embodiment of an experience of learning, a general culture that preceded all specialized scientific or political learning. They knew to what extent learning Homer and other poets was important for shaping the minds of young free Greeks (those who were neither slaves nor metics). This is why Plato, in The Republic, was worried that Homer painted a bad image of the gods in his poems and ended up banishing poets from his city-state!

Plato’s reproach of Homer was no doubt as much a matter of what poetry is, as what it cannot be.

But, then or now, who can say what poetry is? For the Argentinian writer Jorge Luis Borges, a definition of poetry as “the expression of the beautiful through the medium of words artfully woven together” might be good enough for a dictionary, but remains rather “feeble”. “These realities are so deep within us,” he adds, “that they can only be expressed through the symbols that all men share.”

Shared in a sensitive way

Poetry is made to be shared in a sensitive way. That is how it shapes the human being, body and soul. By following the paths of emotion, of sensitivity and of the imagination, it is a vehicle for transmitting human knowledge and values − a sense of good and evil, history, the great deeds of men and women, ancient traditions, and links with nature.

If this knowledge is an awakening of the senses by creating beauty in language and words, it is also the cultivation of imagination and memory. It is a performance of the body and all of the faculties. Because the form – of what is spoken or written – counts as much as the meaning or the “message”. As the French poet and philosopher, Paul Valéry (1871-1945) says in his book, Ego Scriptor: “The goal of the poet is not to communicate a thought, but to give birth to an emotional state in the other which is similar (but not identical) to his own. The idea only plays a partial role (in himself and the other).”

Confronted with the realities of an incomprehensible world in which he finds himself “embedded”, the poet never ceases to “create dangerously”, in the words of the French writer, Albert Camus (1913-1960), in his essay, “The Artist and his Time” (Uppsala, Sweden, 14 December 1957). It is by creating dangerously, to protect life against threats from all sides, or to express the joy of being in the world, that the poet regains his place − at the heart of society.

Poet, novelist, philosopher and author of children’s books, Tanella Boni (Côte d’Ivoire) is a professor at the Félix Houphouët-Boigny University in Abidjan and vice-president of the International Federation of Philosophical Societies (FISP). She is also a member of the Académie des sciences, des arts, des cultures d’Afrique et des diasporas africaines (ASCAD).