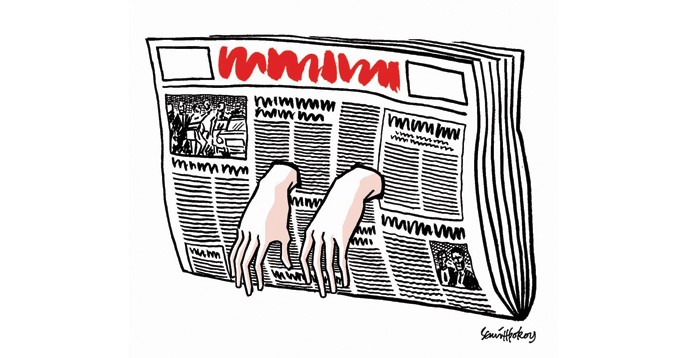 I am allergic to the idea of investigative journalism being termed a “mission” or “calling”. It is an individual choice born out of need, combined with a set of skills and a particular character, which is persistent, sometimes in the face of abuse. My colleague, Inga Spriņģe, once explained that she does it for her grandmother, who was never in a position to confront the Soviet authorities with tough questions!

Spriņģe’s resolve, and mine, to keep questioning the powers that be, was tested when Diena – the newspaper we worked for − was sold by its publisher, Bonnier [the Swedish media conglomerate], to local oligarchs who had tried to silence it for years. This happened in the midst of a deep economic crisis, and declining sales and readership for the paper, which took the web seriously way too late.

A group of us who had worked for Diena – considered the best newspaper in the Baltics − never gave up on the idea that in a democracy, investigative journalism is fundamentally necessary to hold those in power accountable. This is equally true in countries with authoritarian regimes, where the personal costs for the journalists involved is even higher. Without investigative writing, we would have to subsist on a diet of daily news, paid government content and celebrity gossip. Journalism would then work not as a watchdog, but as a lapdog for those in power.

To prepare ourselves for the change, Spriņģe spent a year in the United States, studying non-profit models for investigative journalism. She returned to Latvia to establish the Baltic Center for Investigative Journalism, Re:Baltica, in 2011. Run by a co-operative of journalists, the centre provides the results of its investigations to the mainstream media, free of charge.

The idea was relatively new in Europe, but, by 2012, there were already more than a hundred non-profit centres for investigative journalism in over fifty countries. Everyone predicted Re:Baltica would be dead in a year, but they have been proved wrong. We celebrate our sixth anniversary in August 2017. There are clear reasons why we have survived and thrived.

The first is the ability to put in a lot of hard work and take the plunge. We realized early on that if our incomes depended solely on international donors (which, for a small language and a relatively poor media market is almost the only funding available), we would not last long. Sixty per cent of our budget comes from grants, and the rest from our personal incomes, earned from teaching, consulting, researching and writing scripts for documentaries. We also get donations from our readers and private donors. We are still never certain how we will survive beyond a year. 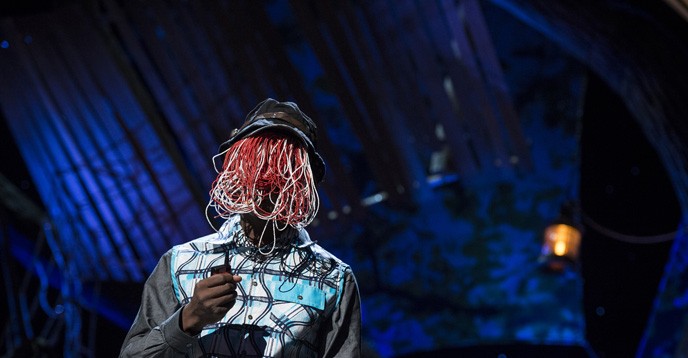 Ghanaian investigative journalist, Anas Aremeyaw Anas, known for his reports on human rights violations and corruption, preserves his anonymity by concealing his face whenever he appears in public.
© James Duncan Davidson

Finding the right partners is key. We are also frugal with costs — we choose not to spend a lot on our website or office space. Re:Baltica staff consist of two core editorial people, a graphic designer and an accountant, and then we hire people according to the needs of a particular story — up to twenty or thirty journalists and translators a year. While our work is available for free to all media outlets who want to publish it, we have a dedicated set of partners in television, radio, print and online with whom we co-operate closely. As these media outlets do not compete directly, the message is multiplied: and so is the impact.

Investigative journalism is not just about exposing corruption. We did participate in the Panama Papers investigation — the giant leak of more than 11.5 million financial and legal documents, which exposed the names of politicians, criminals and the rogue industry around the globe, and where they hid their cash. Spearheaded by the International Consortium of Investigative Journalists (ICIJ), the colossal global project made headlines worldwide in 2016 and won a Pulitzer prize, and was the basis for new laws being passed in some countries.

But much of our work focuses on social inequalities in Latvia, which is the biggest threat to the country in the long term. We cover a range of social problems — from the shortcomings of our education system, to the poor salaries paid to staff by large supermarket chains. The work is not always glamorous — our colleagues went undercover to work in a fish factory to expose the conditions of workers there.

Our latest exposé was about a Latvian financier who featured in the Panama Papers and was connected with the French elections in 2017. We are also working on a series of articles to expose fake news and its origins on the Baltic internet.

I am not very optimistic about the future of investigative journalism. But I am convinced that the rise to power of authoritarian regimes will make journalism great again: by exposing a need to separate the truth from “alternative facts” (or in other words, lies), and clickbaits from real reporting. Non-profit organizations have proven to be a possible alternative to mainstream media at a time when investigative journalism is disappearing from newsrooms.

But many of these non-profit ventures will die as institutional donors lose interest and philanthropy is scarce, especially in countries which need investigative reporting the most. Investigative journalism must be recognized as a public good and assigned funding, there is very limited hope for it.

International organizations, which are keen to train journalists and fund conferences and campaigns, must devise mechanisms to publicly, openly and competitively fund the investigative content as a public good, with no strings attached. That is the only way investigative journalism will survive.

Sanita Jemberga is a Latvian investigative journalist who has worked in print and television since 1996. She is executive director and editor at the non-profit Baltic Center for Investigative Journalism, Re:Baltica, and teaches media literacy at the Stockholm School of Economics in Riga.