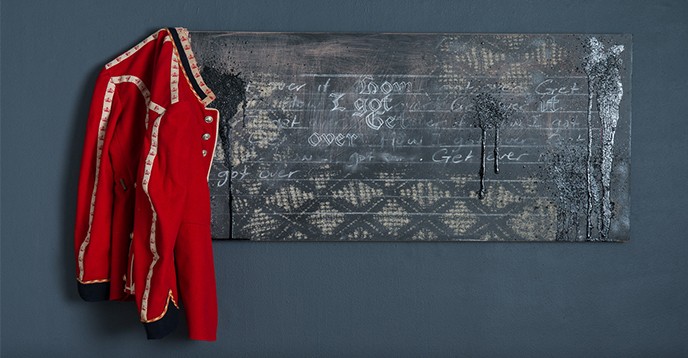 Since humans have been able, they have sought to understand life in all its dimensions, and the world they live in. They have used not just language, literature, philosophy, education, religion, arts, history, anthropology, archaeology and sociology, but also economics, psychology, media, development, sports, gender, finance, marketing, political science, environmental studies, communication studies, cultural studies and law, to interpret and record the world around them. Some of these disciplines are classified as social sciences because of the need for scientific validity, but I believe they play a part in the study of the humanities as well.

Using language, human beings have produced and privileged their own narratives over the narratives derived from other regions. All civilizations take seriously the narratives embodying their cultures, knowledge systems and the modes of being they create.

Three events have had a significant effect on the place the humanities have come to occupy in Western academy − the scientific revolution, the industrial revolution, and logicism [the modern school of mathematical thought, founded by German philosopher and mathematician Friedrich Ludwig Gottlob Frege (1884-1925)].

The scientific and industrial revolutions have combined to breed logical positivism and the conviction that all pursuit of knowledge must use scientific methodology or lose its validity and relevance.

The consequences of this have been damning for the intellectual heritages of non-European societies – they have often been described as primitive, uncivilized, pagan and backward. This has allowed for the economic appropriation of all the resources of these societies through colonialism and the enslavement of the peoples of Africa.

The worst scholarship has been the approximation of the narratives of Europe (and Arabia) to universal truths, and the consequent supplanting and substitution of the narratives of indigenous societies globally by those narratives. This accounts for the fact that Africans know little about their own ancestors. They use the names, languages, the religions, science and technologies of others, forgetting − even at times, hating − their own indigenous knowledge systems, traditions of being, values and ethos, and getting lost in the world of others.

A number of issues arise here. Firstly, industrialization has led to globalization of all forms of realities. Globalization is inevitable, but it does not prevent the peoples of the Caribbean from using their African heritage to make meaning of, and find paths to civilized existence. It is not necessary to fight globalization, but it can be enriched, using the historical cultures of one’s ancestry.

Secondly, the advocacy for a Science, Technology, Engineering and Mathematics (STEM) education creates a distorted imperative that other disciplines, which apparently do not provide direct practical benefits to society, are of little use.  In Jamaica and in the West Indies, the emphasis has been on science, technology and the social sciences at the primary, secondary and tertiary education levels. Subjects such as fine arts, music, ethics, history, culture and heritage are minimized or removed from all levels of education, because they are not valued as contributors to human development.

At the University of the West Indies (UWI), this emphasis on the sciences has resulted in the Humanities and Education Faculty consistently attracting less than twenty-five per cent of the entire student population, because their contributions to national and regional development are undervalued. The Jamaican newspaper, The Gleaner, has written editorials advocating the defunding of disciplines including history, the languages, philosophy and the arts by the government. Instead, it has suggested concentrating on those disciplines that would enable Jamaica and the region to catch up with the first world technologically. The newspaper erroneously argues that you do not need to know yourself, your realities, your society or your ancestry, and that once you attain technological parity with the West, everything will be fine.

The third issue relates to the declining financial fortunes at the national, regional and individual levels. Education, especially related to the humanities, easily gets short-changed when societies go through structural adjustments. Families and individuals prefer to invest in disciplines which are “marketable, productive and profile-enhancing”. The same applies to countries that believe that emphasis should be placed on science, engineering, medical and technology education, as these disciplines are thought to lead to a higher productive capacity.

The study of the humanities is critical to the identity appreciation, configuration and projection of a society. When a society neglects the understanding, appreciation and propagation of the humanities, it is open to various forms of abuse, the degradation of its heritage and the appropriation of its essence. The infliction of epistemicide [the killing of knowledge systems or the destruction of existing knowledge] on the African people in the form of “empty baggage syndrome” has led to the dispossession of Africans in the new world, of their identities and heritage, leading to a confused, disoriented and dislocated people.

The rampant violence and incivility in Jamaican society is partly a manifestation of this. Even while Jamaica has always punched above its weight category in all walks of life, there persists a preference for things Euro-western.

The thinking at the UWI has been a victim of the historical circumstances chronicled by Jamaican author and educator Errol Miller, who writes about the dependency of the regional economies after the abolition of slavery and emancipation. This is why it has not been able to pursue wholesome educational paradigms, designed to teach the humanities, without having to worry about the immediately discernible benefits of such teaching.

UNESCO has continued to lead in the development of a more humane world, where reason, reflection and diversity are valued. However, with the resistance to reparation payments to the people who have suffered the worst form of inhumanity in human history, through the horrors of Atlantic slavery, it is understandable that countries of the Caribbean region are mendicant − incapable of taking decisions which will uplift their citizens from penury. This probably explains why Jamaica has one of the highest homicide rates in the world, in spite of being the birthplace of Marcus Mosiah Garvey [Jamaican political leader, journalist publisher, and a proponent of the pan-Africanism movement(1887-1940)], reggae [a style of popular music of Jamaican origin] and Usain Bolt [Olympic champion sprinter]. 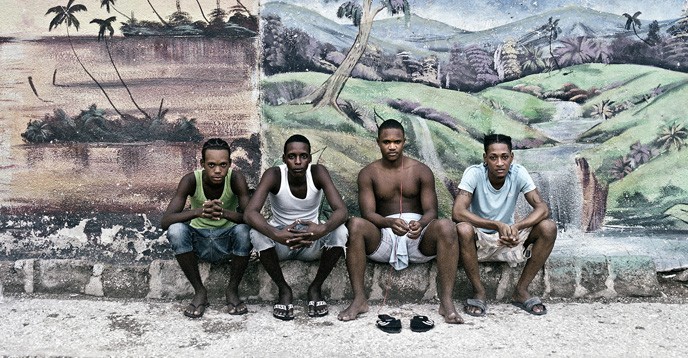 Young men in front of a mural in Tower Hill, Kingston, Jamaica.

What can be done to improve humanities education in Jamaica and the Caribbean? UNESCO’s teacher-training and education projects should be enhanced and promoted in Jamaica and the Caribbean, with UWI leading the way by undertaking an introspective engagement of its role in humanities education. The university needs a full-fledged department or school of philosophical studies, which would aid critical thinking in the study of many other subjects, including business, tourism, conflict resolution and the environment.

It is important that the humanities are taught at the primary, secondary and post-secondary educational institutions in Jamaica and the region, because the building blocks of peace take place in the minds of people. Cultural and musical genres of Jamaican origin have transcended the shores of Jamaica and influenced the entire world, but little has been done to teach and develop these traditions among Jamaican youth. This knowledge could be used to impact the creativity of Jamaicans and empower them economically.

Finally, it is important to understand that the humanities are the foundation of everything in knowledge generation − its curation, storage, retrieval, dissemination and utilization.  Rich and powerful countries do not leave the education of its citizens to others. Similarly, weak and poor societies must appreciate the need to ensure that their own stories are homegrown and delivered to society in a wholesome manner that is conducive to our collective humanity − even in our beautiful diversity.

John Ayotunde Isola Bewaji (Jamaican born in Nigeria) is the author of several books, including The Rule of Law and Governance in Indigenous Yoruba Society: A Study in African Philosophy of Law. He has been an editor of publications including the Caribbean Journal of Philosophy (CJP).