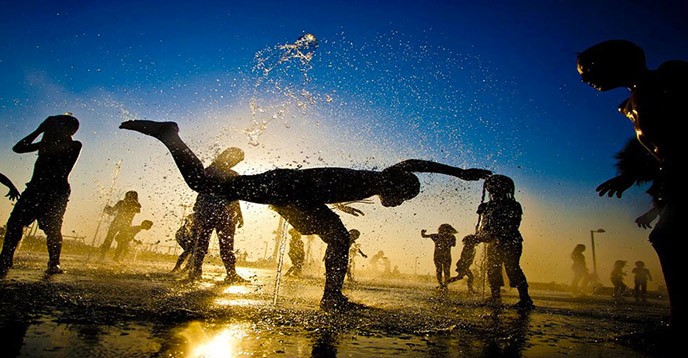 We have to promote a relationship with the world based on a search for non-conflictual relations and harmony with the environment, in order for humans to reconnect with one another again.
© Dima Vazinovich

It has become commonplace to say that our world, which is in the grips of a multidimensional and seemingly never-ending crisis, is in very, very bad shape. This crisis, in fact, reveals a loss of meaning, reinforced by a trend towards the homogenization of the world’s cultures, brought on by an accelerated globalization of markets. This is leading to a veritable dehumanization of relations between individuals, peoples, and states. The recent environmental, energy, demographic, and digital challenges − added to the existing inequalities and poverty − accentuate the widespread feeling of existential angst and a lack of confidence in the future.

The most prevalent “development model” today is founded upon what I call a culture of “having”, of profit. It has already shown its limitations, and the current crisis confirms that it is now bankrupt. This “western model” is responsible for the Eurocentrism and Western-centrism seen in international relations, both in terms of goods and intellectual production. As a result, a paradigm shift towards the promotion of values that are more aligned with a culture of “being”, has become imperative.

It is with these considerations in mind that, several years ago, I suggested that we should explore a new concept − “humanitude” − in reference to Negritude, a concept I inherited from my mentor, the Martiniquan poet, Aimé Césaire.

I use this concept of humanitude to translate what, in Africa, we call maaya (in Bamanankan, the Bambara language), neddaaku (in Fulfulde, the Fula language), boroterey (in Songhay, the Songhay language), nite (in Wolof), ubuntu (in the Bantu languages), and many more. There are so many terms that literally mean “the quality of being human”. 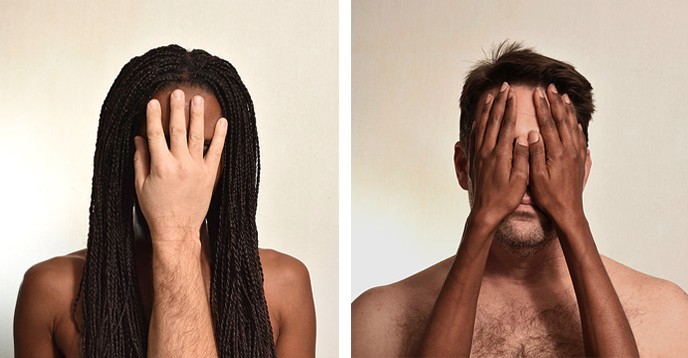 “Memory of nothing” diptych by Berette Macaulay (Sierra Leone and Jamaica). The work is on show at the National Gallery of Jamaica as part of the 2017 Biennale.
© Berette Macaulay

African societies have always put “being”, rather than “having”, at the centre of their development. In more global terms, certain non-European societies have a cosmovision that puts “being” at the centre of all relationships with the world. This vision is characterized by a permanent search for non-conflictual, peaceful relations, oriented towards a consensus with others and harmony with the environment, in the widest sense. For a long time, this conception of the world was also shared with the West, before it became dominated by a form of modernity based upon market and material fundamentalism and individualistic accumulation.

Humanitude is our permanent openness towards the Other, our relationships as human being to human being. It demands a permanent relationship of solidarity, free from calculation – a spontaneous impulse of welcoming the Other. This humanitude makes it possible to “connect human to human” – to use Césaire’s beautiful phrase − and is the basis for a culture of “being”, as opposed to a totalitarian culture of “having”, which leads to permanently conflictual relations of acquisition, if not domination.

In a remarkable presentation at the Ubuntu symposium, held in Geneva, Switzerland, in April 2003, my mentor and friend from Burkina Faso, Joseph Ki-Zerbo [historian, politician and writer (1922-2006)], emphasized that “The main thing, then … is to bring to the top of the agenda and the planet’s social struggles, the concept, the question, the cause, the paradigm, of Ubuntu as an axiomatic and specific antidote to the mercantilism of humans and humankind by the partisan neo-liberalism of the market economy.”

In his lecture, “Ubuntu or ‘man as remedy for man’”, which was later published in the book, Repères pour l’Afrique, Panafrika (Silex/Nouvelles du Sud, Dakar, 2007), Ki-Zerbo continues his analysis by specifying that “…Ubuntu can be the most powerful tool for this paramount task. But, above all, it should become its goal and the meaning of peace. This does not mean moving towards a form of anthropological culturalism, but when confronted with the steam-roller of one-track thinking, it is has become urgent to disarm conflicts where the burden of responsibility is borne by the structural violence of the status quo …”

I am now convinced that, given the failure of current models of development, we have to think about how to design a new project for society, founded precisely on the concept of humanitude.

The major international meeting of the human sciences, the first World Humanities Conference (WHC), held in Liège, Belgium, from 6 to 12 August 2017, offers the opportunity to go deeper into this concept.

The city of Liège, called the “Ardent City”, both in spirit and industry, is a multicultural city at the heart of Europe, and is hosting an unprecedented event, under the high patronage of the King of Belgium.

So why a World Humanities Conference?

The idea came to me in 2009, during my first term as president of the International Council for Philosophy and Human Sciences (CIPSH), a non-governmental organization created under the auspices of UNESCO in 1949.

It was a result of three observations. Following recurrent episodes of instability linked to financial globalization, the crisis of 2008-2009 became more than just financial or economic, turning into a “total” crisis. It was a crisis of society, which, in a way, confirmed the bankruptcy of the dominant neo-liberal and western-centric model of development, leading to a real loss of meaning.

My second observation was the progressive marginalization of the human sciences in the world. How can one accept that, faced with such a strongly compelling situation, those with the responsibility to explain to us the complexity of the social transformations, should be paralyzed, unable to move?

Thirdly, I observed the lack of involvement, if not the total absence, or shunning, of scholars of the human sciences from outside Europe and the “West” in global intellectual production and co-operation. The situation was made worse by the risks of the disappearance of traditional knowledge and of half the world’s languages − which are now spoken of as epistemicides and linguicides.

This is why, in 2009, it appeared to me not only obvious, but also imperative, to propose that UNESCO organize a World Humanities Conference (WHC). The first attempt of its kind, its aim would be to start the process of rehabilitating the human sciences in the world. 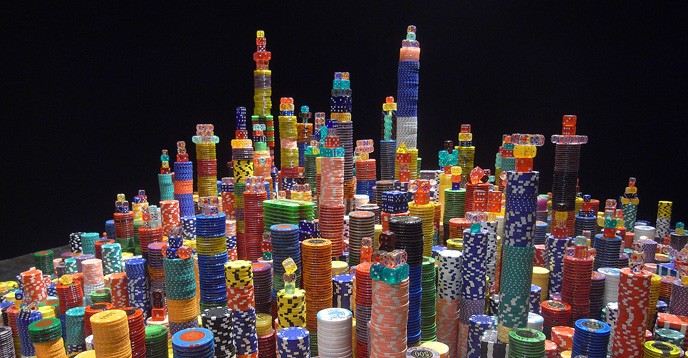 The central issue for the WHC is to discuss the role of the human sciences in a twenty-first century characterized by cultural diversity, the failure of various forms of one-track thinking, and a need to reintroduce medium- and long-term considerations into everyday reasoning. This is a century stricken by global changes, growing migration, social and economic stresses – the resolution of which largely depends on intercultural skills, on understanding the unity of humankind in all its diversity. It also depends on the need to reinforce the relationships of the sciences across disciplines and with the arts and technologies.

This is a century which has started with the development of global terrorism that spares no region in the world, no country, striking as blindly as inhumanely, innocent citizens, who are victims of a gratuitous, barbaric and unutterable violence. An unbearable anxiety traverses the planet, all the more so because such acts of violence – known during the colonial conquests and wars of liberation − have remained relatively unknown to the cloistered West since the Second World War, with a few exceptions.

The main aim of the WHC is, therefore, to study ways in which the humanities are helping or can help, nationally, regionally and internationally, to measure and understand the cultural transformations linked to the gradual globalization of exchanges, in order to manage them better − in all their economic, social and environmental dimensions.

Faced with the social and human crisis that we are experiencing, and a broken world where the process of dehumanization is growing and gaining strength, the ambition of the WHC is to build a fertile dialogue between today’s minds about the challenges, the stakes and new knowledge, through which the humanities can render our world more legible, less opaque, less antagonistic, less murderous and at the same time – it’s our shared hope – more human.

The humanities are a celebration of the genius of the languages of mankind and the knowledge arising from the proliferation of our social, political, economic and artistic practices.

Rehabilitating and rebuilding the human sciences

The title of the WHC, “Challenges and Responsibilities for a Planet in Transition”, clearly situates the issues underlying this conference. According to UNESCO, the major challenges of our planet in transition are: population growth; the recomposition of territories; migration flows; energy and environmental constraints; the homogenization of cultures in the context of globalization − and inversely, the construction of new identities; and the arrival of the digital age, which often creates a divided society.

There is a feeling that the prevalent development models have failed, especially the neo-liberal model that seems to be imposing itself on the peoples of the world. In this context, it becomes imperative to reconsider the role of the human sciences within our contemporary societies. It needs to take into account both the specificities and the resources inherent in each culture, valuing them wisely, and  the possibilities for exchange, for dialogue and mutual enrichment between them.

The WHC is therefore an opportunity to step back to rehabilitate and rebuild the human sciences, to produce a paradigm shift, enabling the reinvention of a world founded upon respect for its rich cultural and linguistic diversity.  This new paradigm will enable us to substitute the conflictual relationships of competition with a genuine, universal solidarity, which is the only way to help meet the challenges of our planet in transition!

In short, we have to quench this planet’s thirst for humanity by living and consecrating our humanitude!

Adama Samassékou (Mali) is president of the World Humanities Conference (WCH). A former minister of national education in Mali, he chaired the preparatory committee of the World Summit on the Information Society (Geneva 2002-2003). Samassékou was also the first executive secretary of the African Union African Academy of Languages (ACALAN), based in Bamako. After two terms as president of the International Council for Philosophy and Human Sciences (CIPSH), from November 2008 to October 2014, he is currently its honorary president.