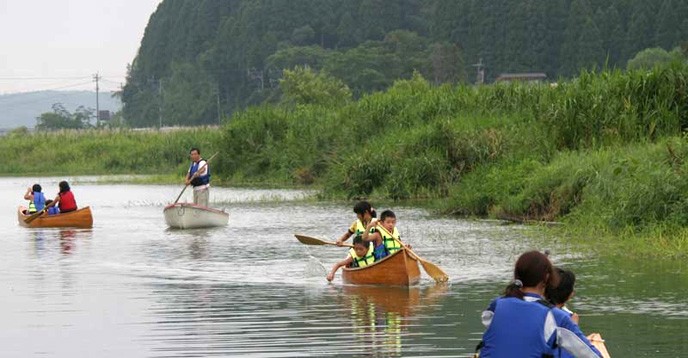 “These tombs that keep us alive” is a strange caption for an equally strange photograph, taken by 27-year-old Vesal Sulaiman, who lives in Germany. “It fills me both with sadness and joy,” he says. The image immortalizes that moment during his trip to Kabul when he saw children forced to clean tombs for money. In the dead of winter and with hands frozen by the cold, the children climbed to the top of the hill behind the mosque to collect water! When Sulaiman asked them if they liked their job, they replied: “Yes, it allows us to go to school.”

“I tried to imagine what it was like being them,” explains Vesal, one of  ten finalists of the “If I were…” contest, launched by UNESCO on social media in Arabic, English, French and Spanish from 24 February to 12 March 2017. In the space of two weeks, UNESCO received 837 submissions from 117 countries around the world.

Through the lens of a camera or video recorder, the participants, aged 21 to 30, imagined themselves in the shoes of someone else.

The ten finalists, each of whom win an iPad mini, are invited to present their photos or videos at the “Second International Conference on Youth Volunteering and Dialogue: preventing violent extremism and strengthening social inclusion”, held at UNESCO Headquarters in Paris, from 25 to 27 September 2017.

During the three-day event, over a hundred young participants from across the globe have the opportunity to share the experiences and knowledge they gained as volunteers in different fields associated with UNESCO’s mandate. They are invited to propose collaborative projects with an aim to promote solidarity, empathy, critical thinking, social commitment and civic involvement.

Four themes were chosen for the workshops and plenary sessions: refugees and migration; intercultural education; the role of media and social media in constructing positive dialogue; and youth engagement with cultural heritage and the arts.

Launched in 2008, the World Heritage Volunteers initiative gives young people the opportunity to dedicate themselves to the protection of world heritage – by acquiring skills and competencies, and immersing themselves in the lives of local communities.

For its tenth anniversary, the campaign proposes the implementation of fifty-one youth action projects in thirty-two countries between May and November 2017. This year, the Vajrayogini temple complex in Nepal’s Kathmandu valley, the sixteenth-century monasteries on the slopes of Popocatepetl in Mexico, the parks and garden of Weimar in Germany, the towering mountain summits of the Rwenzori Mountains National Park in Uganda and many other exceptional places in the world, welcome young people concerned with the protection of the common heritage of mankind.

The campaign is part of the UNESCO World Heritage Education Programme launched in 1994. It seeks to encourage and train tomorrow’s decision-makers to participate in heritage conservation and respond to the continuing threats facing it.

A youth forum in a biosphere reserve

Young people, especially those who live or work in biosphere reserves, are the future of these areas comprising terrestrial, marine and coastal ecosystems. UNESCO believes youth should be given a voice in shaping their territory and defining their engagement in its Man and the Biosphere (MAB) Programme.

This prompted the MAB Secretariat and the UNESCO Regional Bureau in Venice to organize the 2017 MAB Youth Forum, in the Po Delta Biosphere reserve, Italy, from 18-23 September. When the initiative was first announced during the 4th World Congress of Biosphere Reserves in Lima, Peru, in March 2016, it received a standing ovation!

Addressing youth between 18 and 35, the Forum aims to ensure they become agents of change and promoters of a more equitable and sustainable society. The exchange of best practices and the promotion of biosphere reserves as tools for the achievement of the Sustainable Development Goals (SDGs) − from the good management of natural resources to the green economy, from sustainable tourism to education –  is an important focus of the Forum.

The Forum is also aligned to UNESCO’s Operational Strategy on Youth (2014-2021), built on the premise that youth are key partners and actors for development and peace.

Youth stakeholders participated in a large-scale, online consultation to generate ideas about the issues to be discussed during the Forum. Three main thematic areas emerged − the contribution of young people to the life of biosphere reserves; research and study into the sustainable development of biosphere reserves: and a sustainable future for youth, giving voice to their concerns, and encouraging an exchange of best practices and business ideas, to be submitted to potential donors.

Through its presence in 195 Member States across the globe, UNESCO aims to foster an environment that helps young people to blossom as individuals and become responsible citizens. It does this by encouraging innovation, creativity and reflection, especially on burning topics such as intercultural and interreligious conflicts.

To translate these ideals into reality, the UNESCO Office in Almaty, Kazakhstan, is hosting the First Youth Conference on Intercultural and Interreligious Dialogue on 21 September, 2017. Bringing together young researchers and activists from Kazakhstan, Kyrgyzstan, Tajikistan and Uzbekistan, the conference will aim to find solutions to help resolve intercultural and interreligious conflicts in the region.

There will be a full programme of activities, including a workshop on intercultural dialogue, an introduction to different cultures in the region, and opportunities to share experiences. Participants will also learn to understand the attitudes and reactions of other cultures, and to reflect on ways to overcome intercultural problems.

This initiative is designed to promote dialogue between religions, spiritual and humanist traditions, and to enable the understanding of their interactions and influences in order to combat prejudice and build mutual respect.