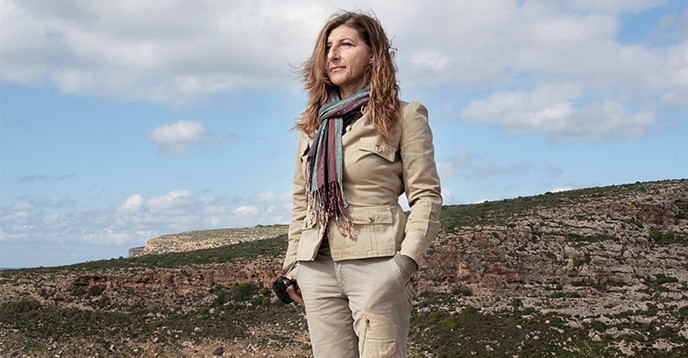 When UNESCO awarded you the Félix Houphouët-Boigny Peace Prize in April 2017, you accepted it as a “homage to the memory of the countless victims of the traffic in human beings in the Mediterranean”. What do you mean by that?

I think it is both honest and right to dedicate this prize to the migrants who have lost their lives crossing the Mediterranean, because the human tragedy we are witnessing in the region is really a silent war. Theirs is a forced journey − forced by war and poverty, forced by our politics, and by the organized criminals who are profiting from their predicament. Faced with closed doors, the traffickers are offering these desperate people the only possible way out.

Even now, new walls are being built and new agreements signed with a number of North African countries, with the sole aim of protecting European borders and not the lives of those who are trying to reach our shores. In contrast, this prize shows us that there is solidarity in Europe; that the values of humanity and hospitality have not been lost.

Yet, faced with this influx of migrants, many are talking of an “invasion”…

It is natural for an island to be welcoming, as I’ve said before. This is essentially what the island of Lesbos has done in Greece. Perhaps it’s because of our geographical position – the migration route passes through Lampedusa. Although, to be more accurate, it might be the other way round – it’s because our island lies half-way that the route is possible.

I don’t know what other people would do if they found themselves here, at this historic moment where so many people are fleeing. Anyone who suggests “pushing them back” is simply living too far away, and doesn’t understand the law of the sea – pushing them back is impossible. Witnessing the situation first hand, helps us understand and awakens our sense of responsibility. Here, we see them arriving – human beings who are exhausted, cold, barefoot, terrorized. We see children, and pregnant women. And one can see straightaway that they have made this journey because they had no other choice. In any case, it’s the only thing we can do, given the position that geography and history have assigned us. We have to welcome them.

In Lampedusa, we have experienced some very painful moments. Faced with a tragedy like the shipwreck of 3 October 2013, when 386 people lost their lives, who can we blame? The dead?  At moments like these, you can see clearly who the victims are, and which the unjust deaths are.

No, we experienced very hard times in 2011, when the events in Tunisia caused many people to flee. The Minister of Foreign Affairs at the time, Roberto Maroni, decided to leave all the migrants on Lampedusa – they couldn’t go to Italy, he told us. So we had to repatriate them directly from here. But repatriation procedures take time and, in two months, 25,000 people arrived here, which is four times the number of inhabitants!

How did the island’s residents react?

Our reception facilities were overwhelmed. The migrants were living in inhumane conditions, on the streets, in the cold. It was a false emergency, because 25,000 is nothing compared to what we’re seeing today. If they had all been distributed across the Italian mainland, their numbers would have remained manageable. But leaving them on Lampedusa created a crisis.

That year, the island suffered heavy losses. Lampedusa’s economy depends on tourism, which collapsed completely. But even then, in those conditions, there was a show of solidarity. The Lampedusani tried to help, by handing out blankets and food. The people took over from the state. If there were any protests, they were directed against the Italian government, not the Tunisians.

During a serious economic crisis, it is all too easy to mark out migrants as the common enemy. It’s also a diversion to mask the political responsibilities of those who support an inequitable model of development − creating inequalities in a context made more complex by globalization. History has taught us that pointing a finger at an outside enemy also strengthens internal political authority, while surely not promoting the development of a civic conscience, or a sense of belonging to a community. 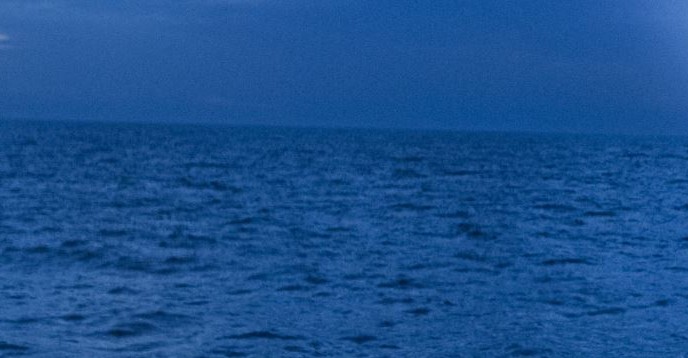 Rescue operation by SOS Méditerranée, the NGO which shared the 2017 Félix Houphouët-Boigny Peace Prize, awarded by UNESCO,  with Giuseppina Nicolini.

Today, NGOs are being accused of playing a role in attracting migrants...

Indeed, and this also the case for the French NGO, SOS Méditerranée, with which I have the honour of sharing the Félix Houphouët-Boigny Prize. But those who accuse these organizations are forgetting that they have arrived here to fill a vacuum.

After the tragedy of 3 October 2013, we have witnessed other disasters, some of them even worse. In April 2015, between 500 and 700 people lost their lives when a single ship sank. In 2013, some European politicians came here and were visibly moved. The former Italian Prime Minister, Enrico Letta, went down on his knees before the white coffins of children. And the Italian government launched Mare Nostrum, the first official humanitarian operation to honour our country. This operation lasted a year. It was very costly and Italy asked its European partners for help.

But there was general opposition. Mare Nostrum was accused of exactly the same wrongs as the NGOs today – of being an element of attraction, even complicity, in the trafficking of human beings. Other humanitarian operations were to follow, such as Frontex and Triton, but their goals were more concerned with security and to detect and combat crime.

Then, in the second half of 2016, all the programmes came to a halt, including interventions by some European countries who were part of Frontex. Italy found itself alone once again, with its navy and coast-guard vessels.  We were back to where we were before Mare Nostrum. As the death toll continued to rise, the NGOs filled this institutional vacuum.

Besides being very involved with civil society, you are also a committed ecologist, opposed among other things, to property speculation. What led you to stand for mayor at such a difficult time?

These struggles triggered a democratic movement made up of forces within civil society, which asked me to stand as a candidate with a manifesto against the social and environmental degradation from which our island was suffering. Lampedusa found itself pushed aside, both geographically and socially, with deteriorating schools and youth who had no choice but to leave.

We have worked hard and there is still a lot to do, but the islands in the archipelago have learned how to live again. We have invested in public transport, recycling, solar energy and schools. Earlier, we only had a college for the sciences; now we also have a hotel and tourism institute.

I am convinced that the future of an island like Lampedusa is linked to the geopolitical destiny of the Mediterranean. We want this sea to be transformed into a centre for exchanges, both political and cultural. But before we get there, we have to stop using territories as prisons for migrants, which is what Lampedusa almost became.

We must cultivate the tradition of welcome in its purest form, with islands serving as landing stages and first-aid points for migrants, who are then transferred to a second reception centre, free from any logic of emergency. Then, as we have noted, migration and tourism can co-exist and the island can prosper.

I sincerely hope that the prize that UNESCO has awarded to SOS Méditerranée and to me, will encourage other initiatives. Our example demonstrates the great strength of small territories.

Admired for her courage and humanity, Giuseppina Nicolini was born in Lampedusa, Italy. A militant ecologist, she was responsible for getting Rabbit Beach, an island next to Lampedusa, declared a nature reserve in 1997. She was mayor of Lampedusa from  May 2012 to June 2017, and  fought hard to get the Italian and European authorities to act in response to the migrant crisis. In 2016, she received the Simone de Beauvoir Prize for Women’s Freedom in recognition of her efforts.