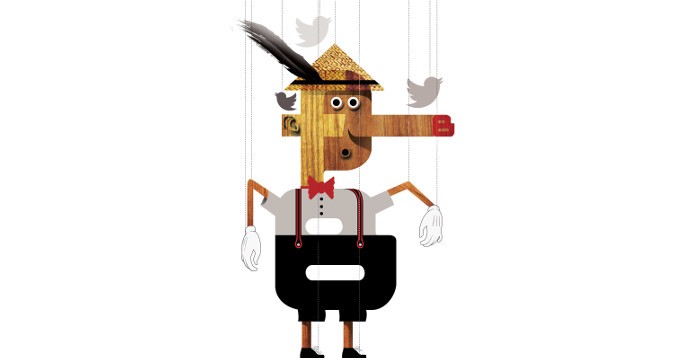 “With growing evidence of interference in democratic processes around the world, the debate over how to expose and eliminate fake news is certain to intensify. But the discussion is already confused by misunderstanding about the phenomenon, its origins, and why it poses a threat in the first place.

To try to illustrate the problem, the Ethical Journalism Network (EJN) has developed a definition for fake news: “Information deliberately fabricated and published with the intention to deceive and mislead others into believing falsehoods or doubting verifiable facts.” Using this definition, it is easier to separate propaganda, “alternative” facts, and malicious lies from journalism.”

“Fake news poisons the atmosphere that we all operate in. Because fake news exists, audiences are now doubtful about all news. It has really damaged the relationship between audience members and the media.”

“There has always been fake news − ever since people realized the power of the media to influence public opinion. However, the difference today is that social media and platforms like Google and Facebook enable fake news to spread widely and more quickly than ever before, and that is the problem.

Fake news changes journalism in that it presents a real challenge to journalism, because it’s not always that easy to distinguish fake news from real news, but it also makes journalism much more important. Because if anybody is going to call out fake news, it’s the journalist − the responsible journalist, that is. I would say that in the short term, fake news is a problem for journalists. But in the long term, it validates them and gives them an increased importance in society.”

“Fake news reinforces a traditional mission of journalism, which is trying to shine a light in the dark, for societies and the general public. Our mission has to be reinforced on this core value, trying to illuminate the debate, trying to show the public where the real facts and the real debates are.”

“All this talk about fake news is affecting media audiences, because there is an insecurity about what is true and what is not. As professional journalists, we need to go back to what we do best – we do fact-checking, demand answers, and are transparent about our (news-gathering) methods.”

“Fake news is not journalism. Maybe we should think about what we [the mainstream media] did to journalism that has allowed fake news to become so easily accepted and so easily done. I think we should do some soul-searching to know if we are doing the right thing, if we are behaving in the right way, if we are being ethical in journalism — that could prevent fake news from having the power and influence it has, and stop the growth it has achieved.”

“Rappler, a social news network committed to investigative reporting, has documented at least 300 websites spreading fake news in the Philippines. One of our investigations monitored the growth of suspicious Facebook accounts that seeded fake news into campaign pages during the country’s May 2016 elections.

It took us about three months to manually check the information the Facebook accounts provided and to verify they were fake. We found that one nest of twenty-six fake accounts is able to influence nearly three million Facebook pages. We also know that, as of November 2016, about 50,000 Facebook accounts can be used in targeted campaigns for or against politicians or individuals in the Philippines. Another fake account was linked to over 990,000 members of groups supporting one political leader, and yet another was connected to an estimated 3.8 million members of various overseas Filipino organizations and buy-and-sell groups.

With about 54 million Facebook users in the Philippines, social media is a powerful weapon used to silence dissent and mould public opinion. Rappler has lived through numerous waves of attacks via the internet, including from Facebook accounts created specifically to harass our reporters and contributors.

This has only made us more determined to expose the lies and prevent their spread.”

Read more about Journalism, 'Fake News' and Disinformation: A Handbook for Journalism Education and Training, issued in September 2018.
This new publication by UNESCO is a timely resource and highly topical subject for all those who practice or teach journalism in this Digital Age.
_______