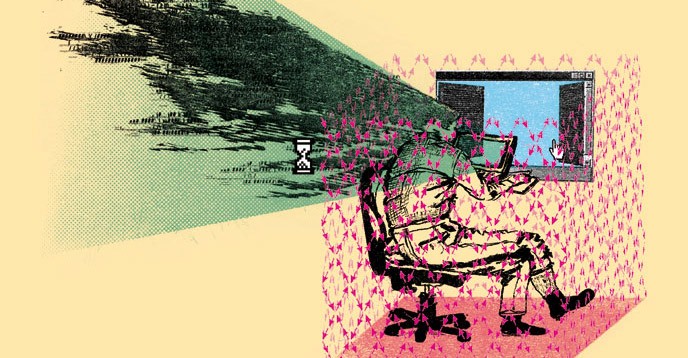 Each time a new media appears, it triggers a revolution – print, radio, television, the internet, have all changed the face of societies, the ways we get information, how we live and organize ourselves.

Each time a new media appears, voices rise to assert that it will kill off the one that preceded it – that radio will kill off print media, that television will kill off radio, that digital media will kill off all the others. Yet, today’s media landscape also highlights examples of complementarity, of emulation and interaction between the various means of communication and information, where they amplify and respond to one another.

Never before have we communicated so much, and never on such a large scale. The new technologies have opened up new pathways, enabling citizens across the world to gain access to more diverse and more numerous sources of information, and to play a new role in the production of this information − to become the producers of content themselves. These new media are also creating new barriers and raising new challenges in terms of regulation and ethics.

Where does information come from? How is it created? Who guarantees its quality? How do we distinguish between true and false in this web, woven by billions of pieces of information coming from all sides? In the incredible tangle of the media, the traditional roles of producer, broadcaster and consumer have changed. The production of fake news and the risk of confining audiences in “filter bubbles” generated by algorithms, raises new questions about freedom of expression and cultural diversity.

The plurality of enlightened opinions is a prerequisite for the democratic development of our societies. The quality of the information disseminated by the media – traditional or new – is decisive when it comes to shaping public opinion. This is why UNESCO puts special emphasis on education about media and information, which it considers a fundamental skill for citizens in the twenty-first century.

Freedom of expression and the free movement of ideas by words and images are among the constitutive principles of UNESCO and at the core of the 2030 Agenda for Sustainable Development. UNESCO supports the work of dedicated journalists and activists who defend fundamental freedoms, like the journalist Dawit Isaak, winner of the 2017 UNESCO/Guillermo Cano World Press Freedom Prize, whose story appears in this issue of the UNESCO Courier.

Over the last decade, more than 800 journalists have been victims of crimes aimed at muzzling freedom of expression. Only one murder out of ten ended with a conviction. This impunity is unacceptable and further fuels the spiral of violence in the future. This is why UNESCO is committed to putting an end to these crimes against the press, on all continents, as an indispensable condition for peaceful societies that are all the more robust for being better informed.

In this “post-truth” era, the role of UNESCO is more important than ever, and this issue of the Courier is a wonderful opportunity to renew our founding commitment to support information and communication to build peace in the minds of men and women.