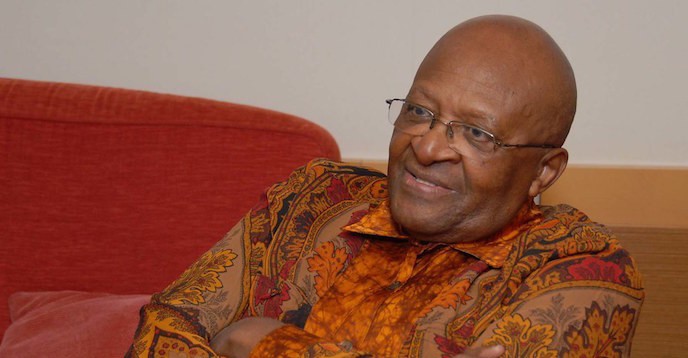 Desmond Tutu, Anglican Archbishop of Cape Town, Nobel Peace Prize laureate (1984) and a leading figure in the struggle against apartheid, answers questions from the UNESCO Courier.

Freedom and human rights are major issues in Eastern Europe today. Isn't that also the case in South Africa?

Yes, and the movement towards freedom and respect for human right sis Eastern Europe is as exciting as the potential for the same movement in South Africa.
However, there are clear differences between the two situations. The oppression of the majority of people in South Africa has been on the basis of race. The inquiry of racism  is that it leads people who feel superior to others to treat them as less than human. So racists facing mass protests are, for example, less hesitant in ordering police or troops to kill demonstrators than rulers who feel they would be killing their compatriots. In most East European countries - the exception being Romania - the rulers appear to have been more restrained than in South Africa.
In addition, many people in Eastern Europe have had more opportunities to control their lives and to participate in economic development than our people have had in South Africa. There has been a tradition of democratic experience in previous eras in many East European countries. In South Africa our people have suffered racial oppression for three hundred years. They have constantly struggled to be able to participate in a democratic system but they have never achieved it. Economically, for the whole of the industrialized era our people have been denied opportunities for learning and for jobs because of the colour of their skins. As a result, as we begin to see a democracy emerge in South Africa, we are going to need massive international assistance to give the opportunities for industrial development which our people have never had throughout their history.

Is there, in your opinion, a link between democracy and development?

Development depends on democracy. People are decision-making creatures. God has given them free will and they must be able to exercise control over development through a democratic political system if they are to feel fully involved in it. Development which is imposed on people in a paternalistic way, on the basis of big brother knowing what is good for people, will fail.

In South Africa in particular, is there truly a movement towards democracy?

To what extent is the system of apartheid coming to an end? In many ways, we are now where we were in 1960. Our political organizations are again unbanned and able to operate more freely than in the past thirty years. But black people still have no vote and the core of apartheid is the denial of political power. Also, the laws which form what we call the "pillars of apartheid" are still firmly in place. The difference between now and 1960 is that the white-controlled government says it is prepared to negotiate the sharing of power and to reconsider those laws. But we have yet to see what it is going to offer. So from the point of view of what the government is offering, we are standing on the threshold of interesting possibilities. But from the point of view of what our people want, then, yes, there is truly a movement towards democracy. We are determined to achieve it, and we shall achieve it ultimately. No one, least of all the South African government, will stop us.

Are there specific forms, specific conditions, for a democratic evolution in the South African context? Will the principle of "one person, one vote" be viable between communities that have been hostile for so long?

Democracy depends on universal franchise. Without the vote, there is no democracy and no prospect of co-operation among communities. Protection for every individual, irrespective of community, is provided by a bill of rights, enforced by independent courts of law. Only once the human dignity of all South Africans is guaranteed by equal rights can we expect to see true co-operation between South Africans begin to develop, from whatever community they come. 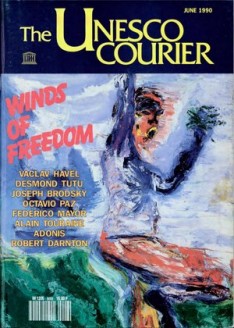