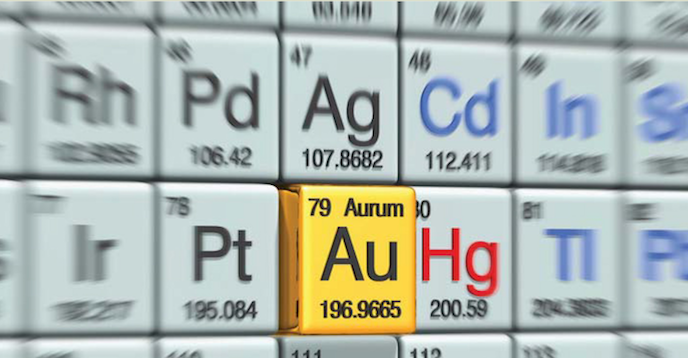 “The Man Who Brought Law and Order to Chemistry.” This is the title of an article in the June 1971 issue of the UNESCO Courier devoted to Dmitri Mendeleev, the man who enabled “the passing of the study of chemistry from almost medieval trial-and-error methods to a modern science.”

What, then, was Mendeleev's theory all about? “Briefly,” the article goes on, “he proposed arranging the elements in lines and columns (also called ‘periods’ and ‘groups’) inside a rectangle, with their atomic weights rising in number from left to right along the same line, one line following the other down the page. The columns were determined by elements possessing analogous properties, the same kind of combining oxide, for example.”

So what was so revolutionary about this table? The theory of the periodic classification of the elements according to their atomic weights, that the 35 year-old Siberian presented to the Russian Chemical Society, in March1869, was in fact the discovery of a natural law. The method he used not only made it possible to correct a large number of calculation errors, but also to predict the existence of hitherto unknown elements, such as gallium, scandium and germanium (which were given these names later, in honour of the countries in which they were discovered).

The great discoverers and inventors stir people’s imagination. There is the apocryphal story of Newton discovering the law of gravitation when an apple fell on his head, or that a boiling pot inspired James Watt to come up with the idea for the steam engine. Similarly, some say that Mendeleev saw the periodic table in a dream!

“Man tends to overlook that while scientific truth may suddenly strike one man's mind as a flash of lightning,” the article goes on, “that same scientist may have spent years of arduous research on his subject. Indeed, it was Pasteur who later commented that ‘chance favours only the prepared mind.’ If we take a look at Mendeleev's activities before 1869, it becomes fairly clear that the emergence of the periodic table was no mere accident.”

Apart from the periodic table, one of Mendeleev’s statements about petroleum will remain forever graven in the memory of humanity: “This substance is too precious to be burned; when we burn it, we burn money; it should be used as a raw material for chemical synthesis.”

Dmitry Mendeleev or the teachings of a prophet, UNESCO Courier, April-June 2019

That chart on the laboratory wall, UNESCO Courier, June 1971