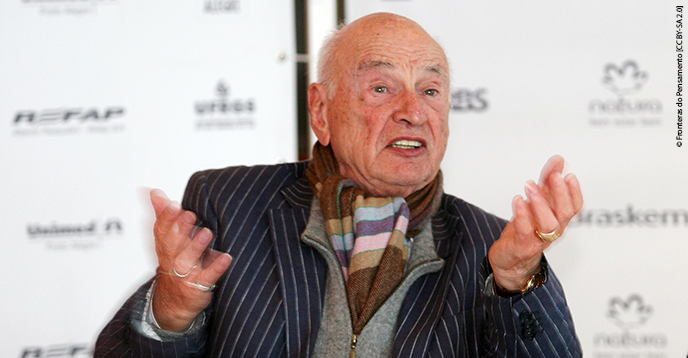 For the French philosopher and sociologist, dialogue is only possible between individuals who recognize each other as subjects with the same dignity and the same rights. That is why he is pessimistic about our era, which he describes as marked by Manichaeism and a breakdown in understanding.

Could you help us define the concept of “dialogue among civilizations”, or even the notion of “civilization”, particularly in contrast to “culture”?

According to a classic distinction, proposed by 19th century German sociology, we call culture that which belongs to an ethnic group, a nation or community – in other words its customs, beliefs, mores, rites, celebrations, gods and myths.... Whereas civilization is what can be transmitted from one culture to another. For instance, potato farming was transmitted from Andean America to Europe and then to the rest of the world, just as the use of the plough started in one corner of the world and spread everywhere. In other words, civilization is technical and material: it is what can be passed on.The idea of “dialogue among civilizations”, however, takes the word “civilization” more in the sense of “culture” “Dialogue assumes equality” because it makes reference to a set of distinct features that supposedly can’t be mixed. When we speak of dialogue between civilizations in its ordinary meaning, we think in a simplified way of western civilization, or Chinese, Islamic, Christian, Iranian, African and so on. Yet if I speak of Chinese civilization, I think of the Tao or Confucianism, which of course can circulate. And Islamic civilization, for instance, encompasses countries and populations who have different cultures, even if it can obviously spread elsewhere in the world. In short, civilization and culture are vague concepts and subject to uncertainty!It seems to me, however, that what UNESCO means is “We are different, we have different beliefs and religions, but our unique characteristics should not prevent us from engaging in dialogue.”

What does it mean for a civilization to “dialogue”?

From my point of view, civilizations or cultures do not dialogue. Only individuals can engage in dialogue. Those concerned are part a culture, they are open and can recognize the existence of the Other. By using our differences as a starting-point, they think we can find common ground and a common language – for example “We are all seeking peace.” If you take the medieval Christian world at the time of the Crusades, dialogue was not possible either with Muslims or Jews. With the fundamentalist Islamic fanatics of today, there is no dialogue possible either, because for them all others are “infidel dogs”. As soon as the Other becomes a wrongdoer or an infidel, dialogue becomes impossible.

And today, are Westerners open to dialogue?

Right now, a Good Empire and an Evil Empire have been defined as such by those in power in the United States, while from Al-Qaeda’s point of view it’s the exact opposite. Each claims to represent Good while the other represents Evil. And Manichean situations make dialogue impossible.

Certain Westerners, however, who have studied other civilizations, think that Islam cannot be reduced to fundamentalism; it’s a great religion that had an eminently civilizing role in the past, particularly in the era of Baghdad, the califates and Andalusia. They point out furthermore that it was the only great civilization of the High Middle Ages, that there are several interpretations of Islam, and that even in the heart of the Islamic world there are partisans of secularity. As soon as you have diversity in a culture or a civilization, you have people who are ready for dialogue. Generally they are the least conformist minds, “deviant” minds, sometimes the mixed-breed products of several civilizations.

What is a “dialogue”?

It’s when each person can set out his thesis, produce his arguments, and the other person is not prohibited from doing the same.

What are the conditions for dialogue?

First of all, recognition of the Other as an interlocutor having rights equal to one’s own. Real dialogue is when you recognize the same dignity in the other. No dialogue is possible between a master and his slave. Dialogue assumes equality – which is a relatively new viewpoint in European culture! Western Europe dominated and exploited the world starting with the conquest of America; it practiced slave trading and slavery; it carried out the longest and harshest dominations in history. Yet in that same Europe, and perhaps as early as the conquest, deviant minds developed some of the key ideas that allow dialogue: it was Bartolomeo de Las Casas, Spanish priest, who said that the American indigenous people were humans like everyone else, and it was Montaigne who said we called other civilizations “barbarians”. It continued with Montesquieu who imagined a so-called Persian coming to examine France in the manner of an anthropologist brought up on human rights philosophy. In other words, Western Europe was simultaneously the home of domination and of ideas about emancipation. And it was by appropriating those ideas that colonized people were able to relatively obtain emancipation.

What are the obstacles to dialogue in today’s world?

There is an obstacle when what is sacred for one is not sacred for the other. For example, a Muslim, a Christian and a Jew cannot have a dialogue to establish whether Jesus rose on the third day, Moses received the Ten Commandments, or Mohammed had a revelation from the Angel Gabriel. But we can recognize what is sacred for the Other and engage in dialogue, that is to say make progress in knowing the Other.

Those who dialogue are a minority, but they exist. Though when they are very few, it does not go far.

What is the difference between dialogue and negotiation?

Negotiating is bargaining for interests, to reach an agreement. Whereas genuine dialogue is understanding the Other. To understand the Other, first we have to try and know him in his entirety, know his beliefs, his customs, his rites, his civilization – which presupposes erudition or a certain education. We must understand that the Other is a subject like oneself, meaning an autonomous individual who commands respect. Then you need the subjective impetus of interest and sympathy. Without that, there is no comprehension. Today we are in conditions of collective hysteria and Manichaeism that prevent sympathy and therefore understanding. We are in a period where understanding is losing ground because of the war and its consequences.

How can we encourage this impetus towards sympathy, which you refer to?

Take the example of France and Germany who fought for a century and a half. In France, it was taught in schools that the Germans were brutes and in Germany that the French were worthless. After World War II, it was decided that history books should be revised and that the socio-centric vision should be replaced by a wider point of view. But on the other hand, today in Western Europe, we continue to obscure certain parts of history when we study this continent. We forget, for instance, that the Ottoman Empire went as far as Hungary and the former Yugoslavia and that it played a civilizing role for centuries. You have to have a background in history to sympathize with the Other.

In other words, many conditions must be fulfilled before engaging in dialogue. Certain individuals with a key role in the government or civil society can also facilitate the process by producing manuals and books helping us to understand others. Mutual understanding is a condition for dialogue.

Do you agree with Huntington that after the Cold War a clash between Western civilization and Islamic civilization was unavoidable?

No, it was avoidable. But I would say that today the clash is under way, even if it hasn’t really occurred yet. Several elements point to it. For example, until the intervention in Iraq, the kamikaze (suicide bomber) phenomenon was limited to a very small group of Palestinian militants from the Islamic Jihad. Now it’s spread to Iraq, where you also find another form of kamikaze behaviour, close to what existed in Japan during World War II: even people who are not fundamentalist believers are ready to sacrifice their lives for their country. As soon as we’re dealing with escalation of war, repression of terrorism and military terror, a vicious circle of hate, contempt, rejection and disgust emerges, and perhaps at that very moment a war between civilizations starts, which we must combat.

How can we fight?

With words, intelligence and conscience. We know what principles we must respect: understanding others and recognizing their rights. There are periods, such as ours, in which very little dialogue is possible. I think we are entering a dark period. 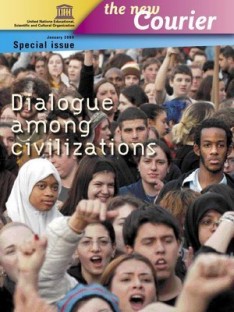