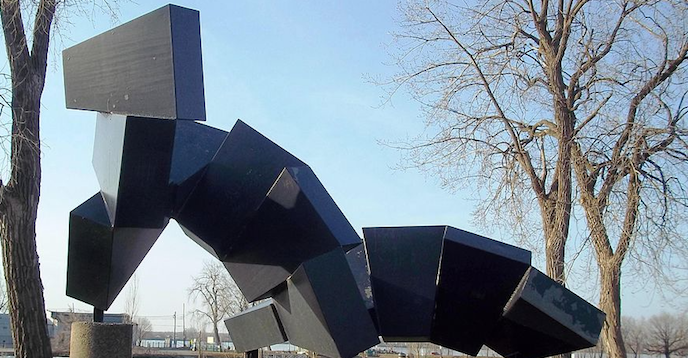 We must realize, and make sure others realize, that we all share the same destiny. Unity, is the global age, means that we have a common destiny, of life and of death. The universal is no longer abstraction, but specific, because what is at stake is the fate of a specific planet and its specific inhabitants, facing the specific problems of life, death and progress.

The idea of progress, doubtless the key concept of the modern Western world, became current during the eighteenth and nineteenth centuries and has since become universal. The idea of progress seemed to be a veritable law governing the way the world would evolve. It was based on the scientific determinism that then predominated a kind of historical law that could be represented in various ways, that of Auguste Comte as well as that of Karl Marx. It seemed to have been reinforced by the idea that biological evolution started out with singlecell creatures and ended up with human beings, and to be supported by developments, which could only be beneficial, in science and in the faculty of reason. In other words, the idea that spread was that of progress as being necessary and inevitable. World wars and other setbacks seemed to be merely unfortunate accidents caused by the death throes of reactionary and anti-progressive forces.

Furthermore, the concept of development, which itself became generally accepted after the Second World War, gave rise to a kind of technological and economic model of progress in which economic growth emerged as, so to speak, the only driving force needed for every form of human progress, including opportunities for personal fulfilment. This conception completely obscured the havoc wreaked by growth and technological and economic development on cultures, in Europe to begin with, but on a much greater scale in the rest of the world. Progress, that is to say the future, is today in crisis, a crisis of which there were already premonitory signs before the war but which is now omnipresent. It affects the entire world, and especially the developing countries, since it has become clear that both the Western and Eastern models of development have most often ended in failure.

The crisis started brewing in the totalitarian regimes of the East, whose promise of a radiant future for mankind has crumbled in recent years, but it has also affected the West, where no-one, and rightly so, any longer believes in historical or even physical determinism. The realization has dawned that science can manipulate, enslave and destroy as well as benefit humanity, and certain half-baked forms of reasoning thinking that, in the abstract, is logical but is bereft of any empirical basis have been spread abroad, masquerading as "reason".

I therefore believe that we are experiencing, in various forms, a shared crisis of progress whose globalization I also believe to be the reason why people today are turning back to the ethnic group or to religion. When the future is lost and the present unhappy, miserable and distressing, the past is all that is left. I feel that our primary duty is to discard the idea of mechanical progress based exclusively on a technological and economic foundation.

We should realize that underlying the idea of progress was the idea of "a better life", lived decently and with a civilized respect for others. The idea of progress must henceforward be governed by this ethical imperative, thus becoming something desirable and possible rather than an inescapable mechanism.

In my opinion this means that we must abandon the linear perspective according to which there was an advanced world, a backward world and a primitive world, all of which had to share the same conception. It must be acknowledged that every civilization or culture is a blend of the most diverse ingredients superstitions, arbitrary beliefs, profound truths and age-old wisdom and that this includes Europe, which also has its truths, its myths and its illusions, starting with the illusion of progress. Rethinking the idea of progress is becoming a priority. 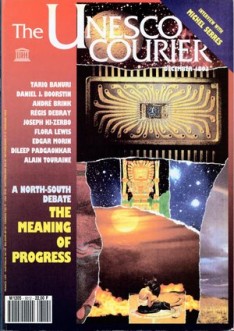