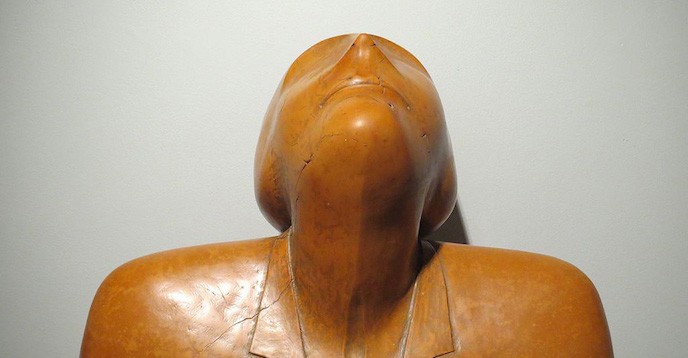 The collective memory must be free to come to terms with grief and shape a better future.

"We must draw a veil over all the horrors of the past,” said Winston Churchill not long after the end of the Second World War. Around the same time, the American philosopher George Santayana issued a warning, often repeated since, to the effect that “those who forget the past are condemned to repeat it.” For those of us who have experienced the painful history of the 20th century, which of these two injunctions is the most useful? What should we do ‒ forget or remember?

The two operations are contradictory in appearance only. Remembering is always, by definition, an interaction between forgetting (erasure) and complete preservation of the past ‒ something that is virtually impossible. The Argentine writer Jorge Luis Borges creates a character in his short story Funes el memorioso (Funes the Memorious) who remembers every detail of his life. It is a terrifying experience.

Memory selects from the past what seems important for the individual or for the community. It organizes this selection and imprints its values on it. Peoples prefer to remember the glorious pages of their history rather than shameful episodes, and individuals often try unsuccessfully to free themselves from the memory of a traumatic event.

How to live with painful memories

Why do we need to remember? Because the past is the very core of our individual or collective identity. If we do not have a sense of our own identity and the confirmation of our existence that it provides,we feel threatened and paralyzed. The need for an identity is thus quite legitimate. We have to know who we are and what group we belong to. But people, like groups, live among other people and other groups. And so it is not enough simply to say that everyone has the right to exist.We also have to consider how our exercise of this right affects the existence of others. In the public arena, not all reminders of the past are worthy ones, and those that encourage revenge are always suspect.

The victims of evil may, in their personal lives, be tempted to try to forget the experience completely, blotting out painful or humiliating memories. To a woman who has been raped, for example, or a child who has been the victim of incest, might it not be better to act as if these traumatic events never happened? We know from people’s reactions that this is unwise, because such a blanket refusal to remember is dangerous. Repressed memories remain more alive than ever and give rise to severe neuroses. It is better to accept a distressing past than to deny or repress it. The important thing is not to go to the other extreme and endlessly brood over it, but to gradually distance oneself from it and neutralize it ‒ in a sense to tame it.

This is how mourning functions in our lives. First we refuse to accept the loss we have experienced and we suffer terribly from the sudden absence of a loved one. Later, while never ceasing to love them, we give them a special status ‒ they are neither absent nor present as they were before. A distancing process develops, and eases the pain.

An act of faith in the future

Communities are rarely tempted to try to forget completely evil events that have befallen them. Afro-Americans today do not seek to forget the trauma of slavery their ancestors suffered.The descendants of the people who were shot and burned to death in Oradour-sur-Glane1 in 1944, do not want the crime to be forgotten. In fact they want to preserve the ruins of the village left by the event.

Here too, as in the case of individuals, it might be hoped that the barren alternatives of totally erasing the past or endlessly poring over it could be avoided.The suffering should be inscribed in the collective memory, but only so that it can increase our capacity to face the future. This is what pardons and amnesties are for.They are justified when crimes have been publicly admitted, not to make sure they are forgotten but to let bygones be bygones and give the present a new chance. Were Israelis and Palestinians not right when they met in Brussels in March 1998 and noted that “just to start talking to each other, we have to leave the past in the past”?

When Churchill called for for a veil to be drawn over past horrors, he was right in a sense, but his injunction must be qualified by all kinds of conditions. No one should prevent memory from being regained. Before we turn the page, said future Bulgarian president Jeliu Jelev after the fall of communism, we should first read it. And forgetting means very different things to evildoers and to their victims. For the latter, it is an act of generosity and faith in the future; for the 1.A French village where the SS massacred 642 persons as a former it results from cowardice and refusal to accept responsibility.

Yet is remembering the past enough to prevent it from repeating itself, as Santayana seems to say? Far from it. In fact , the opposite usually happens. Today’s aggressor finds justific ation for his actions in a past in which he was a victim. Serb nationalists have sought justific ation by looking very far back ‒ to their military defeat by the Turks in Kosovo in the 14th century.

The French justified their belligerence in 1914 by referring to the injustice they had suffered in 1871. Hitler found reasons in the humiliating Treaty of Versailles at the end of the First World War to convince Germans to embark on the Second. And after the Second World War, the fact that at the French had been victims of Nazibrutality did not prevent them ‒ in many cases the same people who had joined the army after fighting in the resistance ‒ from attacking and tort u ring civilians in Indochina and Algeria. Those who do not forget the past also run the risk of repeating it by reversing their role: there is nothing to stop a victim from later becoming an aggressor. The memory of the genocide which the Jews suffered is vivid in Israel, yet the Palestinians have in turn been victims of injustice.

A person or a community may need to appropriate the memory of a past hero or ‒ more surprisingly ‒ a victim as a way of asserting their right to exist.This serves their interests, but does not make them any more virtuous. It can in fact blind them to injustices they are responsible for in the present.

The limits of this kind of remembering, which emphasizes the roles of the hero and the victim, were illustrated during the ceremonies held in 1995 to mark the 50th anniversary of the bombing of Hiroshima and Nagasaki. In the United States, people were only interested in recalling the heroic role of the U.S. in defeating Japanese militarism. In Japan, attention focused on the victims of the atomic bombs.

But there is a lot to be said for rising above one’s own suffering and that of one’s relatives and opening up to the suffering of others, and not claiming an exclusive right to the status of former victim. By the same token, accepting the wrongs we have done ourselves ‒ even if they were not as serious as the wrongs done to us ‒ can change us for the better. 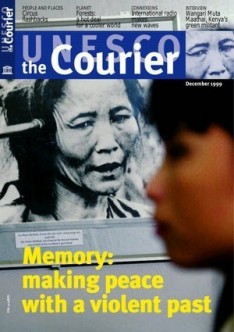