Expo '70 - the Osaka Universal Exposition of 1970 - marked a turning point in the history of modern Japan. It symbolized the country's renewed prosperity and reasserted its position in the world. With hindsight it can also be seen as the culmination of a period of massive technological achievements, triumphant modernization and major city-planning projects. The oil crises of the 1970s would act as a brake on economic expansion, and the production system and social life in general would evolve towards greater diversification and individualism.

The following years saw the development of new trends in art and architecture, in industrial design and literature, given wide publicity by the media, whose power heralded the development of a veritable "communications society". On the international scene today, after a long period of absorbing Western science, technology and ways of thinking, Japan appears as a pioneer of the scientific revolution of the late twentieth century, and is making a distinctive contribution in many fields of creative activity. At home, the inconveniences of urban life are a reminder that there is a price to pay for accelerated growth.

We have tried in the following pages to give a picture, necessarily incomplete, of a changing country as it seeks to chart a course for the future and to understand the cultural factors that underlie its extraordinary economic success. As well as the intrinsic fascination of Japan its social and economic systems, its technology and its culture perhaps this picture also reveals achievements and problems inevitably associated with the growth of industrial civilization.

Read the online article "The art of making light work", by Motoko Ishii 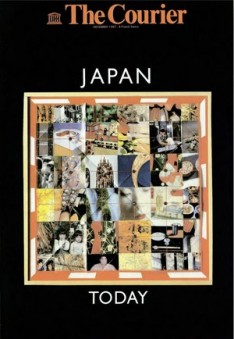