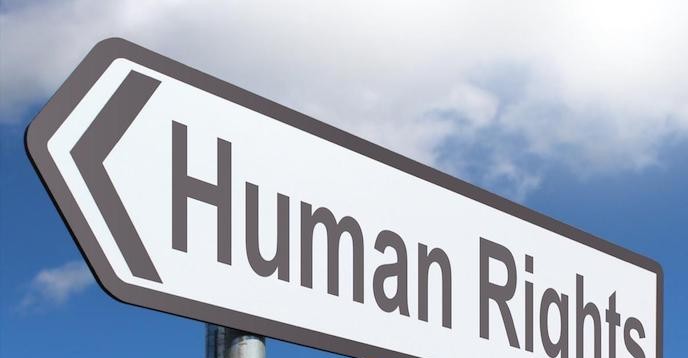 One of the most important and least-publicized Unesco projects during the past months has been the compilation of a worldwide symposium of the philosophic bases of Human Rights. Such an undertaking ‒ in a world distraught with such fearsome problems as the hunger of millions and the clash of ideologies ‒ may appear an academic one. Yet it is being carried out at a particularly timely moment. It is being undertaken following history's most terrible conflict ‒ a conflict by the peoples of the world against the denial of Human Rights. It is being attempted at a moment when, after such a struggle, men and women everywhere are examining the question of what are the rights of humanity. In the following article, Jacques Havet, member of the Philosophy and Humanities Division of Unesco ‒ who was instrumental in prepaying and implementing the symposium ‒ describes something of the project which is now nearing fruition.

It was at the first session of the General Conference that an enquiry into the origins and philosophic bases of Human Rights. ways incorporated into the programme of Unesco. Then, little over a year after the end of the war, such a project was particularly timely for a world consciousness had developed towards this question. Our whole social structure had been shaken by the repercussicns of total war. People everywhere sought a common denominator to the problem of fundamental Human Rights.

Sporadically throughout hisory there have been affirmations of these rights. The American Declaration of Independance in 1776, the Declaration of the Rights of Man by the French National Assembly in 1789 and the Declaration of Rights of the Toiling and Exploited Peoples, adopted by the All-Russian Congress of Soviets in 1918 are but three striking examples of such pronouncements.

A worM-wide declaration, however. had never been. undertaken. Such a formulation would have to reconcile the various diver gent or opposing points of view. It. would' have also to be sufficienlly definite to have real significance both as an inspiration and as a guide to pra8tice but also sufficiently general and flexible to apply to all men, and to be capable f modification to suit peoples at different stages of social and political development while yet retaining significance for them and their aspirations.

At the first session of Unesco's General Conterence in November, 1947. it was decide'. to ask philosophers and thinkers throughout the world what they thought about Human Rights, their development during the last century and what they thought were the forces threatening those rights. Delegates to the conference realized that such a project would have to 'be in relation to the work of the Human Rights Cam. mission of the United Nations, and that coordination would be necessary.

The Human Rights Commission was at that time preparing one of the most significant projects of social history: the drafting of a universal bill of Human Rights. At the meeting of the UN Economic and Social Council in January. 1947, Unesco representatives made it clear that the Specialized Agency wanted to assist in the project. Such assistance, it was agreed, could best be made oxy conducting aji international enquiry among thinkers, social scientists and philosophers to find areas of agreement on the question, and to present the resulting symposium to the Human Rights Commission for study in preparing the Bill of Human Rights.

Thus UNESCO determined two purposes for its enquiry: that of presenting a statement to the Human Rights Commission, and that of preparing the materials for publication to the general public.

A memorandum which included a questionaire was therefore prepared by a special committee and despatched to philosophers, scientists and political figures throughout the world. This was carried both through National Commissions and directly to the individuals approached.

Nearly seventy replies were received, ranging from very brief replies to lengthy studies of the question but averaging bet, ween two and four thousand word each. These represented nearly all the world's national groups and nearly all ideological approaches.

A UNESCO committee of experts met in July, 1947 to study the replies. The committee was made up of persons representing a wide range of opinions and faiths. It drafted slatemems on the philosophic bases of Human Rights, emphasizing the consideration of historical changes, and trying-in a dynamic perspective-to show to what extent seemingly widely-opposed. conceptions aimed at com mon future ideals.

These statements were sent to the Human Rights Commission which considered them at its meeting in Geneva in December of last year.

At the same time,. Unesco re-convened its expets' panel in, December and again in July, 1948 to prepare the publication of a symposium of the replies. These were carefully studied, and from the hundreds of thousands of words in the compiled statements, a manuscript of about  one hundred thousand words was prepared for publication. Among the authors, let ups, mention:

Jacques Maritain is at present writing an introduction for the whole symposium.

The book will be published this year in English, French and Spanish, and ‒ it is hoped ‒ it will later be published in other languages. One may expect that such a compilation of different views of Human Rights will arouse a great interest among the public and help the creation of a better understanding between men of different cultures.

Click here to discover other articles and special issues on Human Rights. 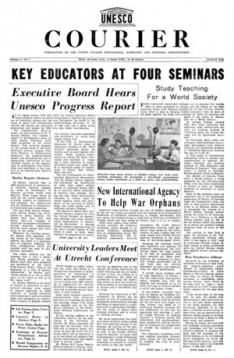