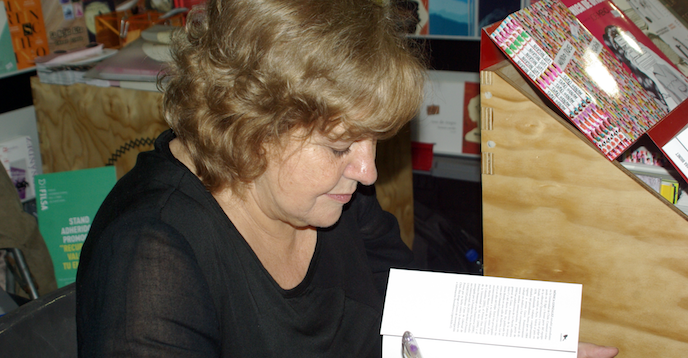 If we do not speak out, we are accomplices, says Mónica González Mújica, laureate of the 2010 UNESCO/Guillermo Cano World Press Freedom Prize. Jailed and tortured during the dictatorship in Chile, she never relinquished her right to free speech. Denouncing injustice is what counts for her, beyond gender barriers.

Do women do journalism differently?

As a woman journalist, what were your advantages and the obstacles you had to overcome throughout your career? Let’s talk ﬁrst about the advantages of being a woman, because there are some. We have a particular sensitivity, which I think is very useful for investigative journalism – a greater capacity for perceiving who is telling the truth, who is lying, who is hiding behind a shield, a mask or a disguise. I also feel that when women undertake something, we are more persistent and we only ease up when the work is done. We’re hard-headed! And I say that without being a feminist. Of course there are obstacles, particularly when aggressors, torturers, attack us sexually in order to destroy us. I discovered under the dictatorship that rape is primarily intended to break us. No one could enjoy raping a woman. The pleasure is to humiliate a woman and rob her of her identity. But in my case, on the contrary, it made me stronger.

What do you consider your greatest professional success?

The most important accomplishment for me was to be able to go from dictatorship to democracy without giving up journalism. I never gave it up during the dictatorship, not in jail, not  under torture, not when my friends were killed, or when I had to be separated from my daughters, or when I shared the pain of so many people in this country. When democracy came, I felt that there was so much to build. What I did right was not to give up journalism and I found a new way to continue every time I was unemployed. I managed to do this thanks to the assistance of many people - I am not a Superwoman. I am grateful to have met people who supported me and encouraged me to persevere when I was the most afraid. In this profession, you are put to the test every day and I want this to go on until I die.

What is the situation of investigative journalism today?

It is without any doubt the type of journalism most severely under attack everywhere. Investigation was the ﬁrst victim of the economic crisis of 2008. It was the most expensive journalists that were laid oﬀ ﬁrst, those who were dedicated to investigation. As the investigation’s journalism often is source of problems and conﬂicts, the crisis was a wonderful excuse to get rid of the desk best equipped to investigate the real, pressing issues that were decisive for the lives of citizens. However, I must stress that the quality of investigative journalism in Latin America is at least as high as that of investigative journalism in Englishspeaking countries. And not only today, because we also did this type of work under dictatorships. In Chile, for example, journalists denounced the Pinochet regime crimes under his dictatorship, running incredible risks. Either journalists have to denounce crimes and atrocities or they become accomplices. And it is true that investigative journalism always involves great personal sacriﬁces and the use of the journalist’s own funds, because, let’s face it, no media organization will pay journalists for months so they can carry out an in-depth investigation into an issue and reveal it to the world. Basically, I think that LatinoAmerican investigative journalism is facing a major problem: the drug cartels are eroding our societies. Their ﬁnal objective is to deprive us of pleasure, happiness and life. This is why it is so important to attack them, and it is also why it is so important to guarantee that journalists can investigate and inform, contrary to the current practice in most countries’ regions.

What is your view of the media landscape in Latin America?

Two problems pose an increasingly urgent threat to the right of society to be informed. First:  the formidable concentration of media ownership. Groups take control of several media companies thus consolidating television, radio and the written press, while they maintain interests in other sectors of production, such as agriculture, mining, services, real estate, etc. A media company cannot provide objective reporting on corporations of which its owner has shares. This is very serious. Journalists are losing their independence, their dignity and essential skills.

The second threat comes from authoritarian governments, which, although they came to power democratically, make journalists their enemies and submit them to constant threats. Here, once more, there is unfortunately no opposition able to defend freedom of information properly. Because freedom of information is not about supporting the government or the opposition, it is about providing quality journalism. Just as it is intolerable that organized crime cartels go to war on journalists, it is unacceptable for democratically elected governments to engage in authoritarian practices. All this to say the Latin-American landscape of media industry is, objectively speaking, discouraging; it shows the precariousness of journalism. This is having a deep eﬀect on society. It is democracy as a whole that is undermined, because a badly informed citizen easily becomes prey to petty tyrants. We who lived through dictatorships and who regained freedom only at the cost of people’s lives consider that we cannot let democracy get weak and be manipulated by authoritarian powers again. 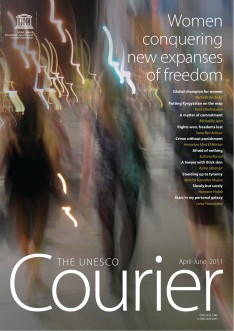