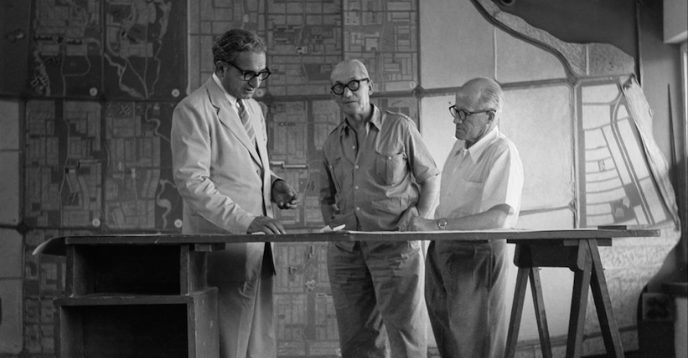 After giving his views on the architectural perfection of Venice (see the UNESCO Courier, March, 1994), Le Corbusier invited modern society to devote its art and industry to the service of town planning, starting with the home.

I believe that a town consists primarily of dwellings; the temples and the palaces come afterwards. Now that we have set our subjects of concern in perspective, you will at once realize why modern society, in the mass, is not in the least concerned about creating for itself an art that assuages its highest desires. The very basis on which society rests is missing – homes. Housing in the world's cities is awful. It has been sacrificed on the altar of profit, and the only thing that has so far supplanted money has been the violent crisis that we are now experiencing and that may perhaps show us what a vain thing money is and how pointless it is to go too far in its pursuit. What is required is to point human consciousness in the right direction, so that our hearts and minds may aim for true, real, tangible goals, accessible by our own efforts rather than, as at present, by savagery, cruelty and reckless greed.

I have taken part in a series of ventures – all of them, needless to say, unsuccessful in the field of urban development in major capitals such as Stockholm, Antwerp, Moscow, Paris, Buenos Aires and Algiers, and all I can say is that those cities are at present in a state of unconsciousness, of ignorance of what I claim modern civilization has to offer them. They need to be shaken out of their torpor, their abdication of responsibility. Since it is a good idea in all matters to have a clear terminology, I came up with a maxim. I said that "a city is a collective endeavour that should provide each individual with the essential joys." These "essential joys" are easy to describe.

I "said my piece" long ago; I waded into the muddled debate over styles, fashions and snobbery, with the sledgehammer argument that ”la maison est une machine à habiter” – houses are machines for living in. I have been threatened a thousand times with a beating for saying that. When I say "for living in" I do not mean just that the occupants' material needs should be satisfied. I top the expression out by adding "and for meditating in after the most pressing needs have been met". But for a home to become a place of meditation it must take on an entirely new form. To be at all attainable, this in turn requires an overall composition for the town, the redesigning of its paths of communication, boldness in the creation of its visual spaces, a new way of building homes, and sound design for even the least of household objects. As to the design of these smallest household objects – and here I refer back to Venice, and the gondola in particular – I would like our modern ingenuity to snatch the task out of the hands of "professionals" who are not up to it, and turn these minor things into magnificent machines that are as efficient as those built by engineers but, being subject to the discipline of meeting our spiritual needs, embody proportion – divine proportion – to the same degree as certain well-known examples of work hitherto done more or less by hand. I cannot accept debasement of either – neither of the hand nor of the machine; there is no reason why the faultless exactitude of the machine should be inimical to beauty.

It is not widely enough realized that modern architecture, immensely important as it is in the construction of a machine-age society, finds its way into every occurrence of life, even into a speech or a book. That same unity can prevail in all objects, and will one day prevail, provided that, at some point, the spiritual currents are strong enough to indicate a line of conduct and make the unanimity apparent.

In conclusion, I would say that art itself is at the very basis of the great metamorphosis that is already under way. If we go on, in defiance of any logic, applying the old architectural formulae we no longer need today – thick walls and so on – we shall be unable to tackle the problem of cities today. The problem is to create "interiors" that will bring back serenity and quiet; to eliminate noise; to flood them with sunlight (modern technology has done away with stone façades with holes punched through them and replaced them by glass walls, making it perfectly feasible, technically and economically, in modern buildings to open apartments on to skyscapes and green landscapes); to arrange the accommodation and the objects – the interior spaces, fixtures and fittings – in such a way as to make the maintenance simple, the functions efficient and the life lived there a life filled with tenderness; and lastly, whilst achieving this harmonious combination of aims, to keep prices down to a level that is compatible with modern economic conditions, a level it would be madness to think of exceeding.

The world has never been rich and building must be, as it has always been, economical – only the nineteenth century indulged in extravagant spending for the benefit of a few, to build homes that were merely appliances for bringing happiness. When large-scale industry, which has subsided into turning out countless futile consumer goods, finds its rightful path again and produces goods intended for fertile consumption, for the home, and at last turns its attention to building, doing in the factory all the marvellous things that can be done – only then will the result be achieved. Let me illustrate these assertions with a striking example, that of the car, which arouses general admiration because it is well made and relatively cheap. For ages I have been wearing myself out making the point that if only we could bridge the gap between that miracle, the car, and our housing – its planning and design, its fixtures and fittings – we could provide modern society with admirable accommodation that would be, in artistic terms, as beautiful, as clear-cut and as capable of arousing emotion as the car or the aircraft.

What we need today are people with enough faith and enough strength of character to persevere in drawing up – even in the nothingness of this world killed stone dead by money – the plans required in every domain. One day those plans will be the common heritage of all. Just look at my own domain of construction: one per cent of my workmen already take an interest in the question, and that's not bad. When those plans are sufficiently vast and pure for it to be possible to see in them that unity towards which we are heading, the workman will understand that what goes on in the factory relates to his own home. When, for instance, the first group of three or four thousand homes is erected somewhere using the same machines as he uses today to build cars for the rich, he will realize that society has new aims in sight. That common faculty will then come into operation – that long-forgotten seed – love, the love that goes into all human endeavours. That is where art will manifest itself, where art will burst forth. I see no other way of motivating art than through the way in which work, any work, is undertaken. Then we shall no longer be searching about, at earnest meetings like this one, for ways to attract ordinary people to the higher expressions of music and the fine arts – cubism, futurism, expressionism, constructivism and so on, and all the ”isms” yet to be. Firmly grounded upon enthusiastic participation in the common pursuit, the many and varied tiers of artistic expression will rise up serene and bright. For my own part, I believe in the so-called ”higher” arts, which I believe are not for everyone; but it is heartrending for me to look at today’s dismal spectacle of the whole mass of people indifferent or even hostile to what they are doing. I believe in an imminent upturn, an age of harmony close at hand.

Greece shows us an example of such harmony, the Middle Ages too; and Venice sets one before our very eyes. 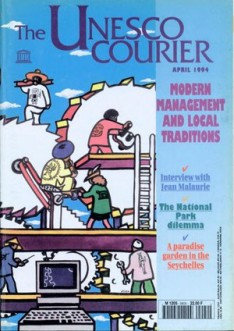