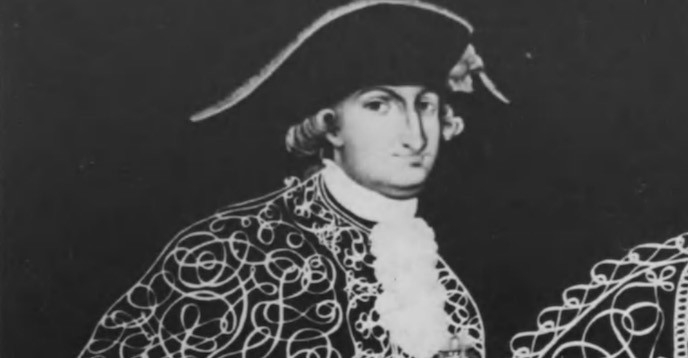 In recent years, the debate about Latin American culture has become increasingly lively. Emphasis has been put on the indigenous Amerindian and African heritage, while the differences or, as some would have it, the affinities which characterize Latin America's relationship with the West have been pointed up.

But there is another heritage, which one might call "intermediate", neither indigenous nor strictly speaking Western: the Iberian heritage.

It is obvious that much of Latin American culture comes from Spain. But although this Spanish influence should not be exaggerated, it should neither be minimized nor dismissed.

Latin Americans received much more than their language from Spain, but language indicates the special way in which the Iberian heritage was transmitted.

Referring to the unity of the Spanish language, the Spanish historian Ramón Menéndez Pidal said, "One can say that there are two types of educated Spanish, just as there are American and British versions of English, primarily distinguished by peculiarities of pronunciation."

This obvious phonetic difference can be considered a sign of richness, and fortunately it has not endangered the unity of our language, since "the peoples who emerged from the former Spanish Empire communicate much more with one another today than when they belonged to a single state". The unity of the Spanish language has thus been preserved, enriched by the contributions of the various regions in which it is spoken.

In other respects, the situation is much more complex. We Spanish Americans like to say that we descend not from those who stayed behind in Spain but from those who came to America and whose children stopped being Spanish, becoming first creóles, and later, intermingling with other ethnic groups, Latin Americans.

Spanish America began breaking its ties with the battered and decadent Spanish Empire more than 150 years ago; and Spain was to lose its last American possession, Cuba, in 1898. Spanish America, meanwhile, was trying to define its own identity by making a sharp distinction between the old and the new continent. It was a complex task to determine what differentiated it from the mother country, but it proved even more difficult to propose distinctively Latin American solutions. As a result, many were lured into the arms of other greedy powers: as if, as the Cuban writer José Marti (1853-1895) exclaimed, changing masters amounted to to being free. A readiness to accept "Western" solutions was typical of certain Spanish-American groups who were avid supporters of modernization. It was encouraged by the pitiful state into which Spain had fallen and its iniquitous exploitation of the new nations. But it was also encouraged by the fact that, since the 16th century, Spain and all things Spanish had come under the stigma of the "Black Legend", which made the word "Spanish" synonymous with purblind reactionary cruelty. Many Spanish Americans rejected their Hispanic heritage as a result.

The Black Legend was apparently the product of an understandable revulsion against the monstrous crimes committed in the Americas by the Spanish conquistadors. But even a minimal respect for historical truth shows that this is simply false. Of course there were crimes, and monstrous crimes at that. But when compared with others committed in following centuries, they were no more monstrous than those of the metropolitan powers that followed the Spanish imperial example, sowing death and destruction throughout the world.

The conquests carried out by the other Western powers were not lacking in murders and acts of destruction. What they did lack, however, were scrupulous men like Bartolomé de Las Casas, who championed Indian rights (see UNESCO Courier, June 1975), and such debates about the legitimacy of the conquest as the one launched by the Dominicans, which shook the Spanish Empire.

This does not mean that dissenters, who represented a small minority, managed to make their views prevail; but they did manage to defend them before the highest authorities. They were heard and their ideas were to some extent acted on.

According to the Chilean scholar Alejandro Lipschutz, "the Black Legend is worse than simplistic: it is malicious propaganda. It is simplistic because all imperialist conquests have taken an equally traumatic form and continue to do so".

Laurette Séjourné, the Mexican archeologist, admits that "It is now clear that systematic condemnation of the Spaniards has played a pernicious role in this vast drama, because it takes the occupation of Latin America out of its world context. Colonialism is the mortal sin of the whole of Europe... No other nation would have behaved better... On the contrary, Spain boasts one important distinction here: it is the only country to date in which powerful voices were raised against the act of imperial conquest".

The Black Legend was concocted with one aim in view: to discredit Spain, the leading European power in the 16th century. Other powers of the time were conspiring to usurp its place, and eventually they succeeded. Thus it was the bourgeoisie of the other colonial powers which invented the Black Legend.

The Legend was a skilful ideological weapon in the inter-colonial power struggle which accompanied the rise of capitalism and was to last several centuries (although by the end of the 17th century the outcome was virtually decided in favour of the new colonial powers).

In any case, it is important to remember that there were not one but two cultures in Spain, as in any other country: a rulingclass culture and a popular one; a culture of the oppressors and of the oppressed. The latter culture was the living and authentic one, and it is this which we Spanish Americans stand for.

Few countries, moreover, were so fully conscious of this duality ás Spain. The idea of an external duality (Europe/Spain) was to become a constant theme of Spanish thought and literature from the onset of the country's decline. It ño doubt sprang from the fact that Spain was first in the forefront of capitalist development and European expansion, and that it was to be outdistanced and finally left behind by the capitalist movement it had contributed to.

The Spanish writer Mariona José de Larra's famous epitaph is revealing. In his All Souls' Day 1836 he noted: "Here lies half of Spain, it was killed by the other half".

It is no wonder then that the anti Spanish Black Legend reflects one of the various and intolerable forms of racism. One need only recall the classic remark that "Africa begins at the Pyrenees", which expresses the West's distaste for everything different from itself, a difference epitomized in this case by Africa. Here again traditionalist Spain went hopelessly wrong in being offended by this assessment.

There is a ridiculous notion that because "Eternal Spain" was occupied for centuries by Arab infidels whom it finally succeeded in expelling, it consequently preserved Catholic purity and eliminated the "Islamic barbarian threat" from Europe. This can be countered by pointing to a far fnore potent truth: Spanish Christians, Arabs and Jews lived together in Spain for centuries and influenced one another fruitfully.

But Spain was not only to be a link between Christianity and Islam. It also served as a bridge between Europe and the vast Islamic world, where Greek, Indian and Persian influences had been assimilated by the Arabs.

It is thus correct to state that not only Africa but Asia as well begins at the Pyrenees; among other factors, this helped to resuscitate the languishing culture of Europe.

Alejo Carpentier is fond of reflecting on the sad fate of the Caribe Indians, a proud and combative people who came from the Orinoco Basin to the shores of the sea to which they gave their name. Their battle cry was "Only the Caribes are men", but when they came into contact with the proud and warlike Spaniards in their expansion across the seas, they met a people with a similar battle cry.

But the sails, swords and crosses of Spain were as puny as the Caribes' canoes, arrowheads and war cries, and they went down before the inexorable development of capitalism. Spain and her history were cast aside, with all the philosophical, artistic, scientific, legal and technical contributions she had made. Even Spain's introduction of the Europeans into the Americas was forgotten, together with the gold and silver she had brought from the New World, wealth which ended in the greedy hands of German and Genoese bankers who sarcastically referred to the proud nobles of Spain as "our Indians".

"Despite all this", the French historian Pierre Vilar says, "Velazquez's Spain was still prestigious. It inspired the classical French 17th century." Centuries were to pass before the new European powers would pardon Spain for this superiority. The Black Legend was to be the form their "pardon" took.

There is no need to insist on the close¬ ness we Spanish Americans feel to that other, democratic Spain, the Spain of Las Casas and the great Dominicans of the 16th century who defended the Amerindians: the Spain of thinkers like Vives and the 16th-century Erasmians like Servet, Suárez, Feijoo, Jovellanos and Blanco Whiteeven if some of them had to do their work in exile. The Spain of those writers who began producing after most of Latin America had achieved independence: Larra, Pi y Margall, Costa Iglesias, Cajal and, above all, Antonio Machado. The Spain whose people gave birth to an offspring of American rebels.

So what on earth is the point of the defenders of the Black Legend telling us that the horrors of Spanish reaction should make us forget this other inheritance? What point is there in rejecting a cultural tradition because of the momentary aberrations of certain groups in that country? Does colonialism stop us admiring Shake¬ speare or Virginia Woolf or Bernard Shaw? Rabelais or Malraux? Pushkin, Tolstoy or Dostoyevski? Goethe or Brecht? Dante or Pavese?

The truth is that we feel proud that this other Spain is also ours, and that we would be impoverished if we rejected it.

A Cuban poet and essayist, Roberto Fernandez Retamar  is a professor at Havana university and director of the magazine Casa de las Americas. His essays and anthologies of his poems have been translated into a number of languages. 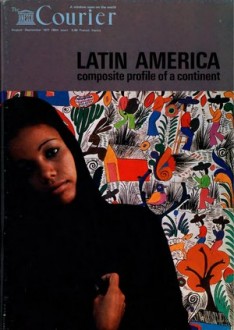