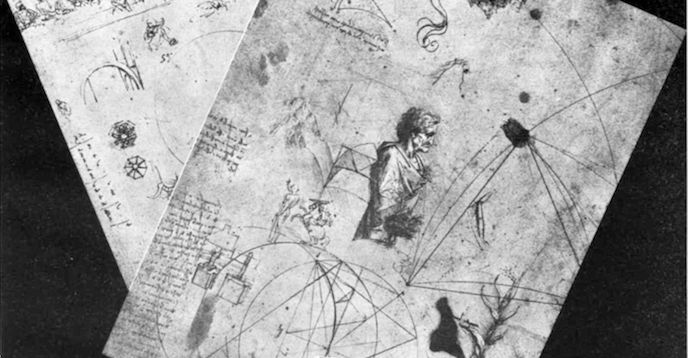 Some of Leonardo's aphorisms...

... and three of his fables

The cedar, arrogant by reason of its beauty, despising the plants which were round about it, caused them all to be removed from its presence, and then the wind, not meeting with any obstacle, tore it up by the roots and threw it on to the ground.

Once upon a time the razor, emerging from the handle which served it as a sheath, and placing itself in the sun, saw the sun reflected on its surface, at which thing it took great pride, and turning it over in its thoughts it began to say to itself : "Am I to go back any more to that shop from which I have just now come away? No, surely! It cannot be the pleasure of the gods that such radiant beauty should stoop to such vile uses! What madness would that be which should induce me to scrape the lathered chins of rustic peasants and to do such menial service ? Is this body made for such actions as these? Certainly not! I will go and hide myself in some retired spot, and there pass my life in tranquil ease." And so having hidden itself away for some months, returning one day to the light and coming out of its sheath it perceived that it had acquired the appearance of a rusty saw, and that its surface no longer reflected the sun's radiance. In vain with useless repentance it bemoaned its irreparable hurt, saying to itself : "Ah, how much better it would have been to have let the barber use that lost edge of mine that had so rare a keenness! Where is now the glittering surface? In truth the foul insidious rust has consumed it away." The same thing happens with minds which in lieu of exercise give themselves up to sloth ; for these like the razor lose their keen edge, and the rust of ignorance destroys their form.

The flint on being struck by the steel marvelled greatly and said in a stern voice :"What arrogance prompts you to annoy me ? Trouble me not, for you have chosen me by mistake. I have never done harm to anyone."To which the steel made answer :"If you will be patient you will see what a marvellous result will issue forth from you."

At these words the flint was pacified and patiently endured its martyrdom, and it saw itself give birth to the marvellous element of fire which by its potency became a factor in innumerable things.

This is said for those who are dismayed at the outset of their studies, and then set out to gain the mastery over themselves and in patience to apply themselves continuously to those studies, from which one sees result things marvellous to relate.