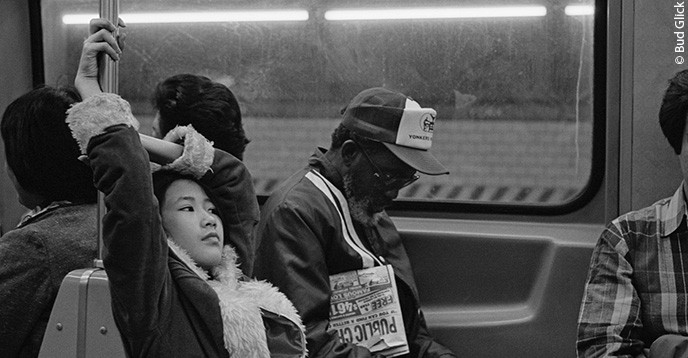 China, after India and Mexico, accounts for the largest number of people who have left their home countries to migrate elsewhere. The history of Chinese immigration, marked by successive waves, dates back to the opening of the ancient maritime Silk Road.

Zhuang Guotu
Chair Professor of Huaqiao University and a professor at Xiamen University, in China’s Fujian province. His research focuses on the history of ethnic China and the history of the country’s international relations. He is also a member of the advisors committee of the State Council for Overseas Chinese Affairs.

There are more than 10.7 million Chinese overseas today – about 60 million, if their descendants are included – according to the International Organization for Migration (IOM).

This is one of the highest figures of immigration in the world. But the history of Chinese migration is ancient. It began with the opening of the maritime Silk Road over 2,000 years ago, with immigrants moving mainly to Southeast Asia. By the early fifteenth century, several Chinatowns – each hosting thousands of overseas Chinese – were established in Sumatra and Java (present-day Indonesia).

But it was at the end of the sixteenth century that large-scale migration began. Meanwhile, Europeans had established themselves in the Far East, with the intention of integrating the region into the world trade network. They competed with each other to expand and develop the colonies in Southeast Asia, creating a demand for Chinese traders and workers.

The impact of the Opium Wars

From the middle of the nineteenth century to the early 1940s, a second wave of migration started in China. Unskilled labourers, or so-called “Chinese contracted coolies”, formed a major part of this wave. Through the two Opium Wars in the mid-nineteenth century, Britain and France forced the Qing government to authorize a massive exodus of Chinese labourers to western countries and their colonies, to replace black slaves. This was the beginning of the dispersion of the Chinese across the world – from Southeast Asia to America, Africa, Europe, and Australia.

After the First World War, and before the Second World War broke out in the Pacific, the economic prosperity of Southeast Asia further stimulated the demand for labour, that was met by Chinese immigrants. By the early 1940s, there were around 8.5 million Chinese expatriates worldwide – over ninety per cent of them in Southeast Asia.

From 1949, when the People’s Republic of China was founded, to the late 1970s, large-scale migration was no longer permitted. The tide of overseas Chinese immigration that had continued for more than 300 years was interrupted.

A third wave of new Chinese migrants started in the 1980s, and was an integral part of the surge of global migration. The majority of migrants came from mainland China, but also from Taiwan, and Hong Kong. They moved mainly to industrialized countries – the top destination for overseas Chinese at the time was the United States.

China’s rapid economic growth and the development of foreign trade relations in recent years have seen a large number of Chinese move to developing countries. The population of Chinese migrants has soared in Central and Western Asia, Africa, and Latin America.

The overseas Chinese made significant contributions to their new societies. Whether in the tropical countries of Southeast Asia, or in the temperate nations of Europe and America, they pioneered the construction of roads and reclaimed wasteland in Southeast Asia in the eighteenth century. They built ports and cities; mined gold in the US in the nineteenth century; constructed railroads, and opened restaurants and grocery stores in Europe in the twentieth century.

With a tradition of hard work and frugality, Chinese migrants tend to earn their place in society by saving their income and investing in property to tide them through economic hardship. So when a crisis hits, they are invariably able to take care of themselves before seeking help from family and friends  – let alone the new society in which they live.

The overseas Chinese continue to have strong ties to their home country. They believe that China is their homeland – an attachment that often lasts for generations. One of the main reasons they migrate is to be able to support their families and friends – they have a culture of making remittances to help those at home financially. For nearly a century, the Chinese diaspora has also participated in China's modernization. Since the 1980s, over two-thirds of the foreign investment accepted by the Chinese government has come from expatriates.

The overseas Chinese have a reputation of being hard-working and thrifty. Another distinctive trait of the diaspora worldwide is the importance they place on educating the next generation. “All work is inferior, only reading is superior,” is an old Chinese belief. Whether they are rich or poor, Chinese families abroad are willing to make sacrifices to ensure that their children get the best education possible.

These characteristics have sometimes fuelled stereotypical perceptions of Chinese immigrant communities that have further widened the chasm between them and other social groups in their destination countries.

However, it is difficult to make generalizations about such a large group of migrants. In a globalized world where cultures are constantly in communication, any attempt to label certain groups of people is short-sighted and irrational. Overseas Chinese have continued to explore and build their identities in this increasingly integrated world.

In the context of the Covid-19 pandemic, where discrimination against people of East Asian descent has erupted, these challenges cannot be resolved overnight. But the Chinese abroad have developed a resilience to such stereotypes over the centuries, which could be useful while confronting these hardships.