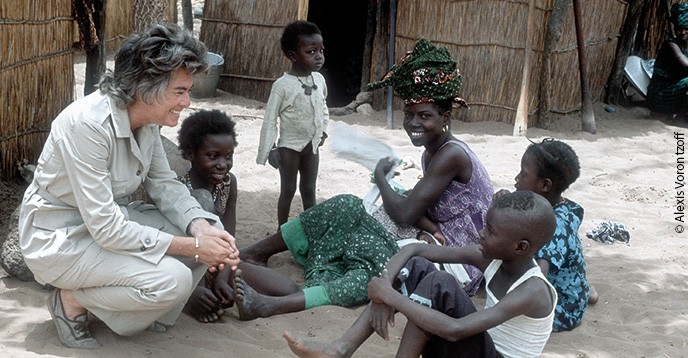 Dominique Roger, photographed by UNESCO cameraman Alexis Vorontzoff. "It was always through the women or children that it was possible to enter a village,” wrote Roger, who first established contact with her subjects without her camera.

On 4 November 1966, an acqua alta, an exceptionally high tide that periodically floods Venice, burst the coastal dykes, drowning the city under more than a metre of water. Following the call for international solidarity launched by UNESCO, countries around the world came to the rescue of this architectural wonder.

Dispatched to the scene by the Organization, Dominique Roger reported on the efforts made to save the monuments and frescoes of Venice, which, at the time, had not yet been placed on the World Heritage List.

During her thirty-year career, the photographer – who went on to become head of UNESCO's photo service from 1976 to 1992 – chronicled the Organization's actions in images, both at Headquarters and on her many assignments around the world.

From the recital by South African singer Miriam Makeba in 1978, to the first deployments of underwater sensors by the Intergovernmental Oceanographic Commission, and literacy campaigns in Cabo Verde, Iran, and Peru – the photojournalist illustrated what the Organization does on a daily basis, in Paris and in the field. Roger’s photos are an essential testimony, and a significant contribution to the visual memory of UNESCO.

“The Organization offered me the world and contributed to making me aware of differences, of inequalities, of ‘hoping against hope’, in a nutshell; of the ‘Others’”, wrote the photographer in her book Un chemin vers la paix (A Road to Peace, 2016). An Anglo-Spanish edition was published in 2018.

The UNESCO Courier has devoted many pages to Roger's photos over the years. Her work has also featured in several international exhibitions.

This retrospective feature marks the 75th anniversary of the UNESCO Constitution, which came into force on 4 November 1946. 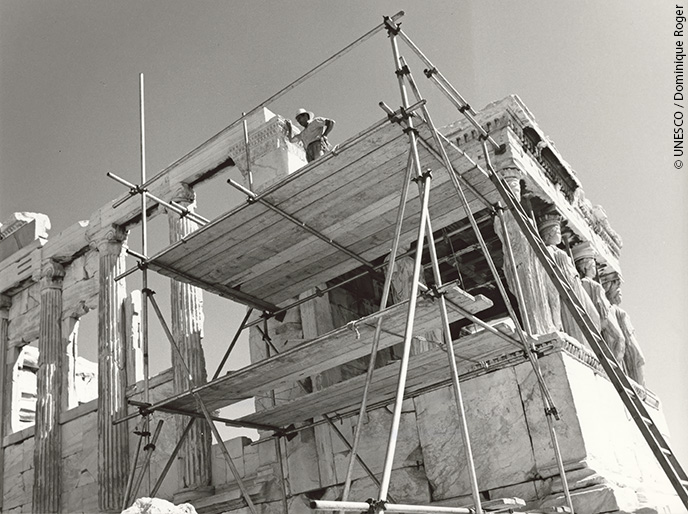 Restoration of the porch of the Caryatids at the Erechtheion, 1968. In 1977, UNESCO launched a campaign for the restoration and conservation of the Acropolis Monuments, which have been ravaged by centuries of war, earthquakes, fires, water damage, air pollution and mass tourism. 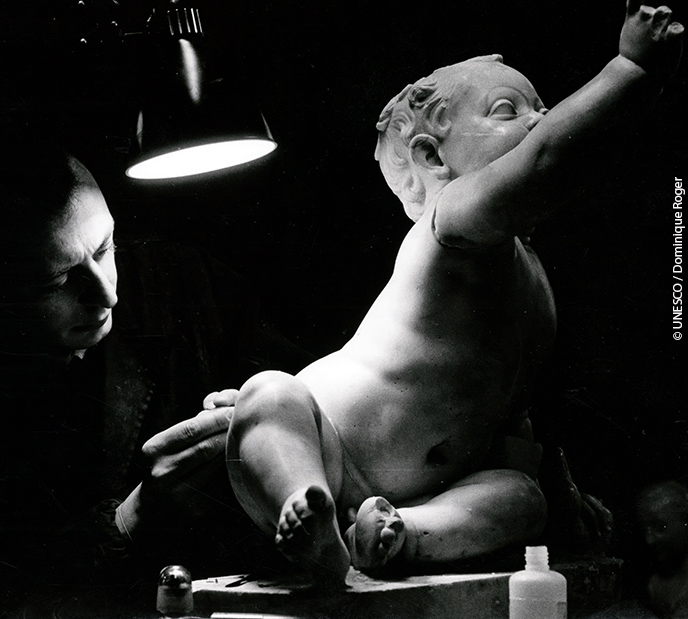 A cherub sculpture being cleaned at a restoration workshop in Palazzo Davanzatti, Florence, 1967, as part of an international campaign launched by UNESCO for the safeguarding and restoration of the cultural assets of Florence, damaged by the flood of 4 November 1966. 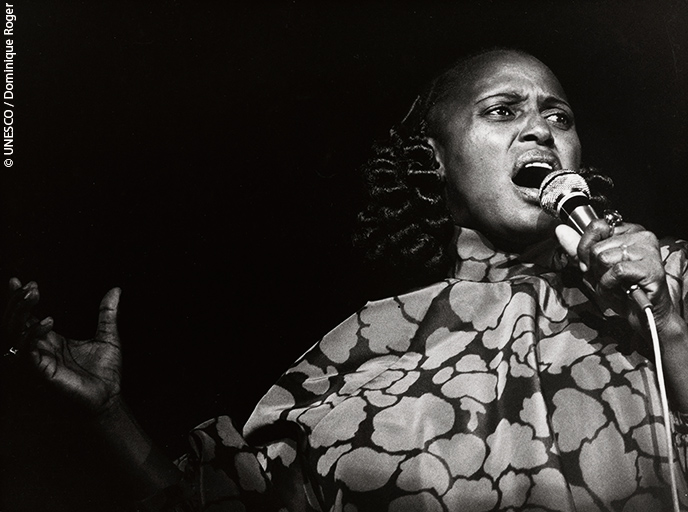 A recital by South African singer, songwriter and civil rights activist Myriam Makeba at an evening to mark the official launch of the International Anti-Apartheid Year at UNESCO Headquarters, Paris, 21 March 1978. 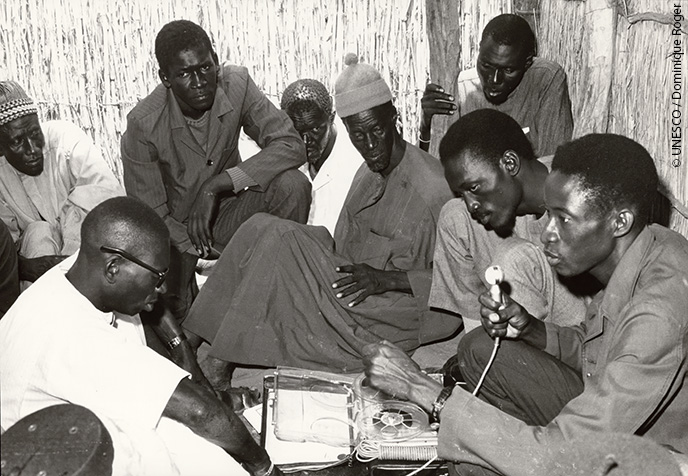 Farmers from Tassette, Senegal, discuss their concerns on a rural education radio programme, 1971. 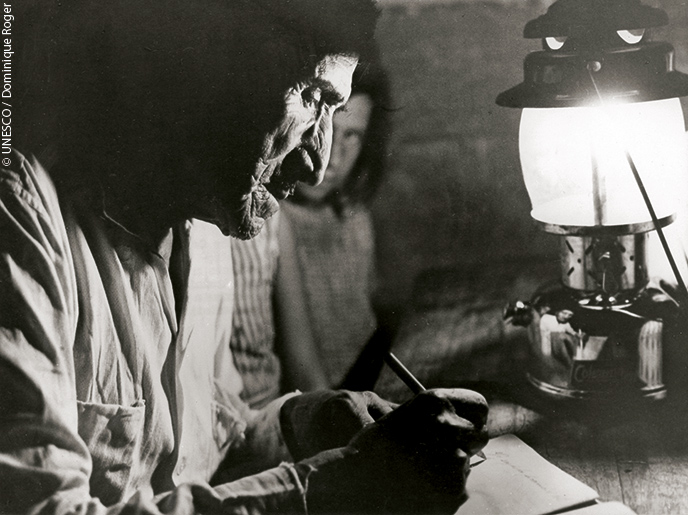 A work-oriented adult literacy class, Ecuador, 1967. “For me, a 35-year-old photographer in 1967, nothing was more moving than the literacy of older people. This weathered face, bent over his notebook in the light of an oil lamp, in a lost hut, was, and remains, a perfect moment of contemplation of a painting,” wrote Dominique Roger.