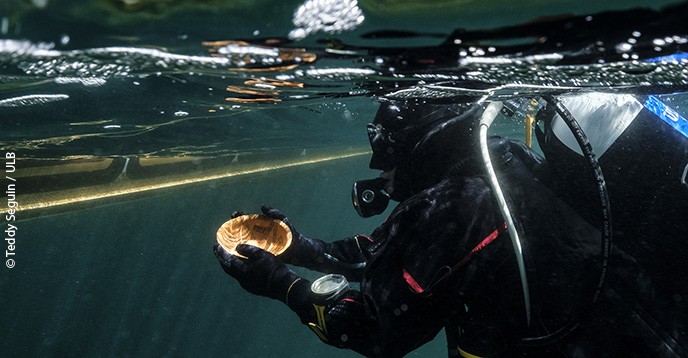 It has been lying at a depth of six metres for nearly five centuries. Yet the Inca stone offering box found in Lake Titicaca in 2014 emerged almost intact from the water. Inside the box was a miniature shell figurine of a llama, and a rolled cylindrical gold sheet – signs of religiosity and power in the Inca Empire.

Located in the Andes mountains between Bolivia and Peru, at an altitude of 3,810 metres, Lake Titicaca occupied a central place in the mythology of two powerful pre-Columbian states – the Tiwanaku civilization, which reached its peak between 600 AD and 1050 AD, and the Inca Empire, which was at its height in the fifteenth and sixteenth centuries.

Since 2012, the lake has been the focus of underwater archaeological excavations by the Free University of Brussels (ULB) and an international team of archaeological divers led by Christophe Delaere.

Carried out with the support of the Bolivian authorities and in collaboration with the local inhabitants, the operations have led to the discovery of twenty-five new submerged sites – including shrines for offerings, ancient dwellings, and the earliest-known pre-Columbian port. Over 20,000 objects have been catalogued and studied.

To provide access to this exceptional heritage, the Titicaca project plans to build the Museo Subacuático Titicaca, an underwater museum, with UNESCO’s expertise.

Underwater archaeological remains are an irreplaceable testimony to the history of humanity. Yet, much of this heritage is exposed to looting.

The UNESCO Convention on the Protection of the Underwater Cultural Heritage, adopted in 2001, provides a legal framework for the preservation of remains that have been lying underwater for over a hundred years.

This photo-reportage is published to mark the 20th anniversary of the UNESCO Convention on the Protection of Underwater Cultural Heritage, adopted on 2 November 2001. 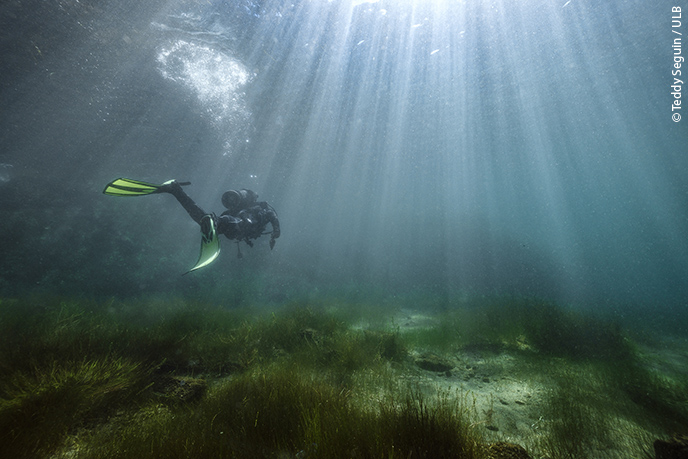 Diving in the bay of Sampaya, on the shores of Lake Titicaca. 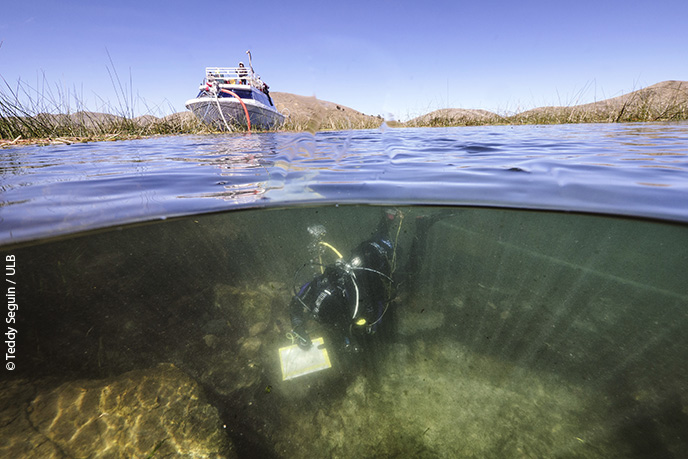 Underwater surveys at the K'anaskia site of the Tirasca community, with the excavation boat in the background. 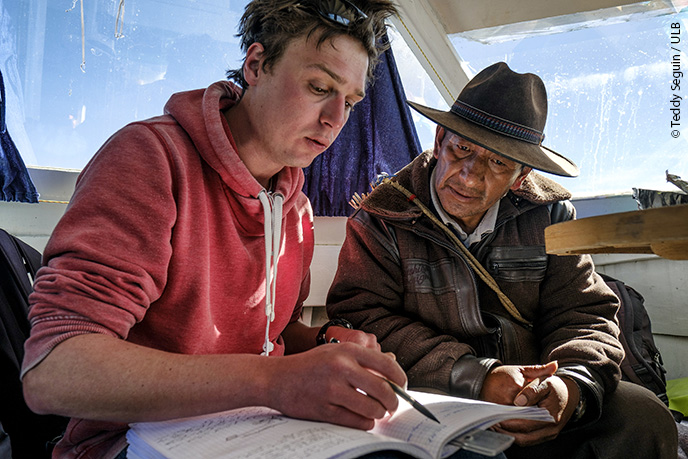 Christophe Delaere, who heads the Université libre de Bruxelles underwater excavations in Lake Titicaca, in conversation with Carmelo Quispe Limachi, a leader of the Tirasca community, 2017. 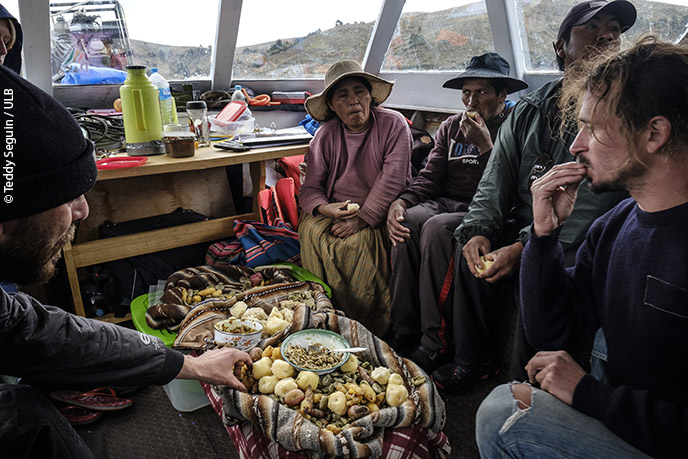 Leaders of the Ojjelaya community visit the archaeological site in Sanka Putu. 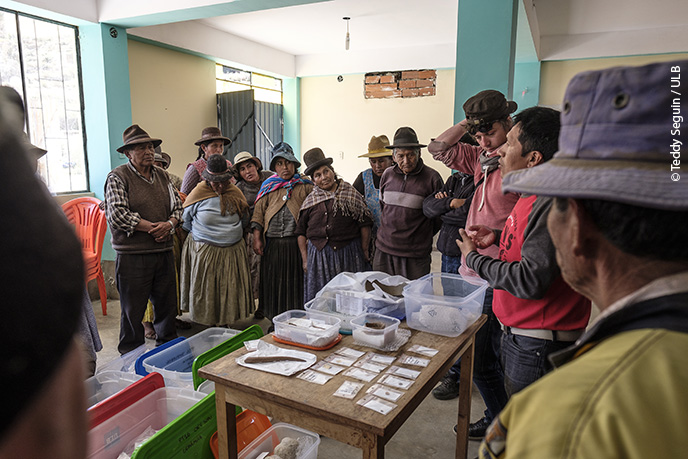 The official handover of archaeological objects to members of the Yampupata community, two years after they were discovered in 2016. 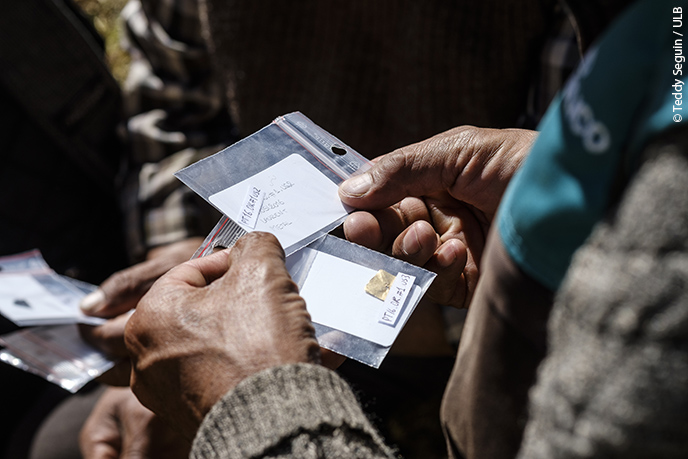 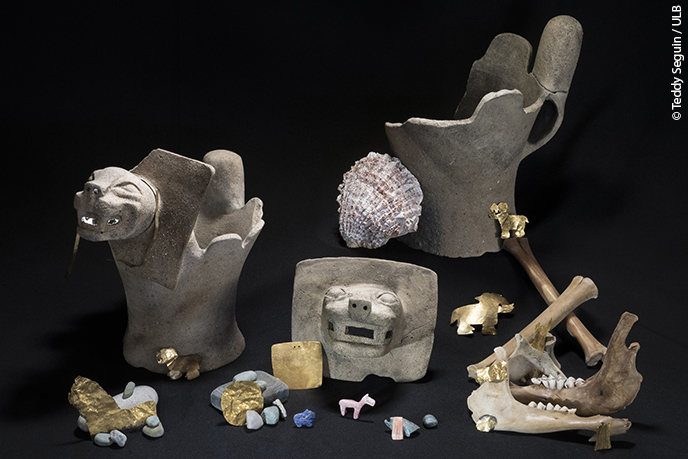 Underwater Tiwanaku offerings discovered in 2013 at the K'hoa Reef site, near the Island of the Sun, Bolivia.