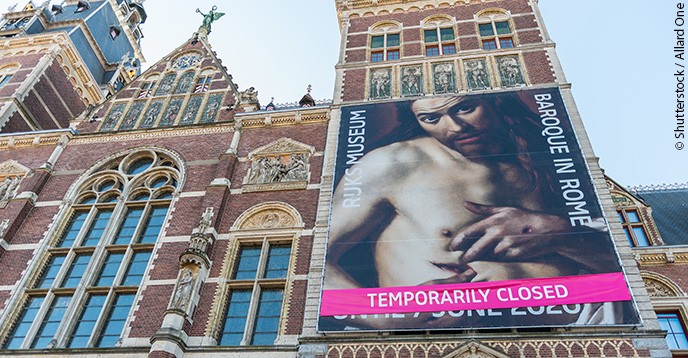 The Rijksmuseum in Amsterdam was temporarily closed in March 2020, due to the pandemic. The largest museum in the Netherlands attracted 2.7 million visitors in 2019, the highest-ever since it opened in 1885.

The Covid-19 health crisis has plunged the global economy into recession. Among the hardest hit are travel and tourism, one of the world’s largest industrial sectors, and culture.

The United Nations’ World Tourism Organization (UNWTO) has projected a sixty per cent to eighty per cent decline in international arrivals for 2020 – compared to a four per cent drop after the economic crisis in 2008. As tourism generates foreign exchange, stimulates regional development, directly supports numerous types of jobs and businesses, and underpins many local communities – especially in developing countries and Small Island Developing States – restarting this sector is a major concern for governments around the world.

The culture and tourism industries represent about 330 million jobs globally. Today, one in ten jobs are affected by the pandemic, with migrant workers, young people and women constituting a significant proportion of this workforce.

Cultural tourism makes up nearly forty per cent of global tourism revenue, with World Heritage sites and museums often serving as focal points for visitors. In March-April 2020, at the height of the global lockdown, which is beginning to ease in some regions, ninety-five per cent of museums remained closed – as many as thirteen per cent may never reopen. In nine out of ten countries, World Heritage properties also closed. The closure of these institutions and monuments inevitably lead to staff cuts and job losses.

Many intangible cultural practices have also been disrupted, impacting not only the cultural lives of communities, but also those working in the performing arts and traditional crafts. In addition, workers in the creative sector – such as theatres, art galleries and gastronomic restaurants have also been hit hard. 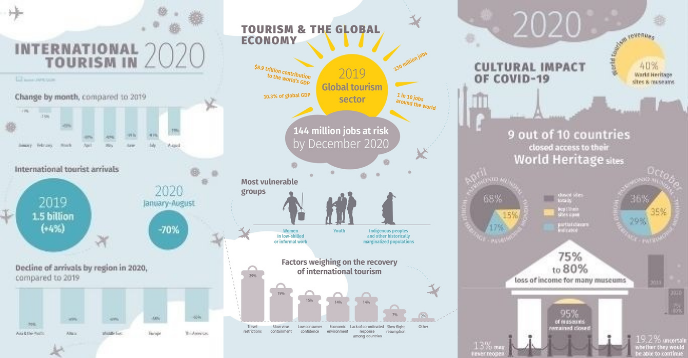 Reimagining museums for the future, The UNESCO Courier, July-September 2020

Culture in crisis: policy guide for a resilient creative sector