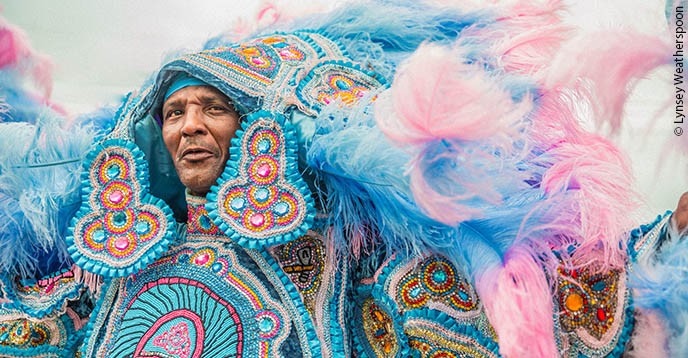 The tradition of the Mardi Gras Indians is one of the least known in the southern United States. Every year in February or early March, over forty “tribes” with names such as Wild Magnolias, Golden Eagles and Washitaw Nation join the New Orleans Carnival* to compete in symbolic jousting, outdoing each other with their ritual songs and dances. The exuberance of their outfits is inspired by the ceremonial clothing of the indigenous people of the Plains. This is one way for the city's African-American communities to pay homage to the Native Americans who took in runaway slaves in the bayous of Louisiana.

Excluded from participating in Mardi Gras festivities – a tradition imported to Louisiana by the French at the end of the seventeenth century – the black neighbourhoods of New Orleans established their own celebrations. The first tribes of Black Indians were formed towards the end of the nineteenth century. For a freed black slave, becoming an "Indian" was a way of asserting dignity and respect for Indian resistance to white domination.

Decorated with hundreds of thousands of pearls, sequins and rhinestones, the ornaments, with brightly-coloured ostrich feather headdresses, can weigh as much as seventy kilos. Entirely handmade, they could take a whole year to create. Each tribe has positions among its members. The Big Chief's house serves as both headquarters and a sewing workshop, where the long beading sessions are conducive to oral transmission. The members of the tribes move up the ladder of an elaborate social organization. The Big Queen now holds an increasingly important place.

Music plays a central role in the Mardi Gras Indian parades. Progressing to the rhythm of percussion, the tribes typically use call-and-response chanting – a binary form consisting of a dialogue between a soloist and a group. Sung on the plantations, this musical form from Africa is one of the sources of jazz.

*The New Orleans Mardi Gras 2021, which attracts more than a million people each year, has been cancelled due to the pandemic.

This photo-reportage marks the World Day for African and Afrodescendant Culture, celebrated on 24 January. 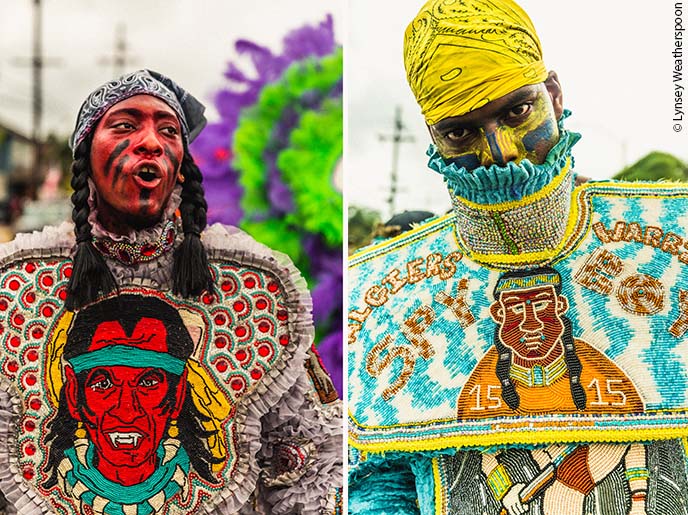 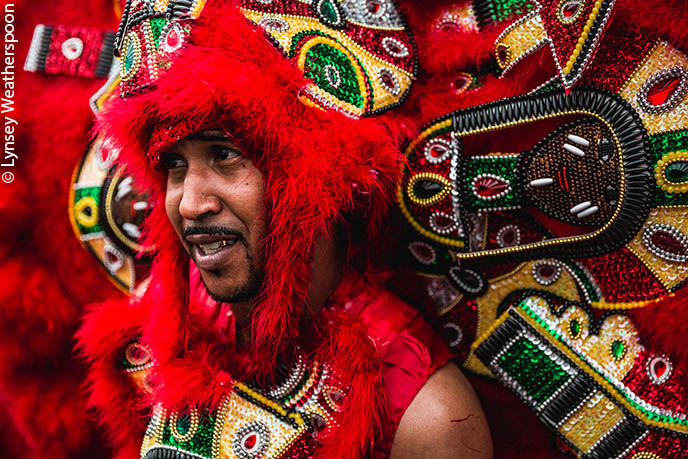 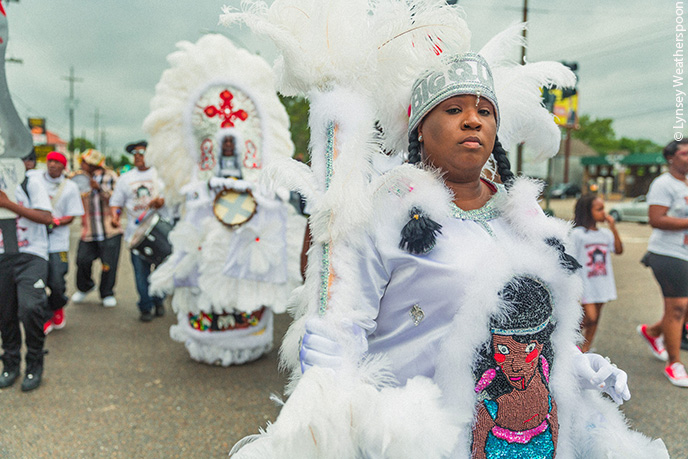 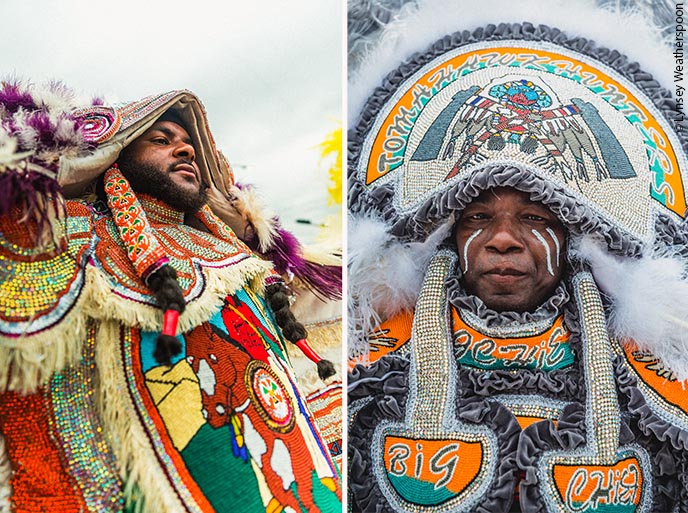