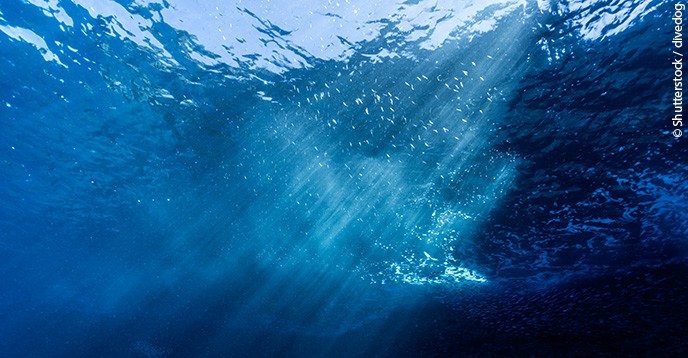 Less than twenty per cent of the world’s ocean has been explored so far. That is not a lot. But it is enough for us to know that the ocean is threatened by global warming, acidification, and pollution. Coral bleaching is just one illustration of the decline of marine ecosystems. The consequences of these changes are not just environmental. Nearly three billion people depend directly on marine and coastal biodiversity for their survival. By 2050, coastal areas that are home to 300 million people could be threatened by rising sea levels due to climate change.

The United Nations Decade of Ocean Science for Sustainable Development (2021-2030) gives us  an opportunity to remind ourselves of these major challenges, and to share the innovative solutions that emerge. It is also intended to draw attention to the crucial role of research in improving our understanding of the ocean, and strengthening its resilience. Provided that it is given the means to do so. According to the second Global Ocean Science Report 2020 published by UNESCO’s Intergovernmental Oceanographic Commission (IOC), Member States spend an average of only 1.7 per cent of their research budgets on ocean sciences.

By absorbing nearly a third of carbon dioxide emissions, the ocean plays a decisive role in regulating the climate. As a source of life, they are therefore crucial to the very fate of humanity. This is why the ocean has long played a central role in international co-operation.

The establishment of the Pacific Tsunami Warning and Mitigation System (TWS) in 1965, under the auspices UNESCO, is a striking example of this. This system, which has served as a model for subsequent mechanisms set up in other regions of the world, has been a great success. It is proof that, in the face of major threats, the international community is able to transcend differences and work together for the common good. All the more reason to mobilize for the protection of the ocean today.

The ocean in The UNESCO Courier, a selection of issues and articles from our archives.