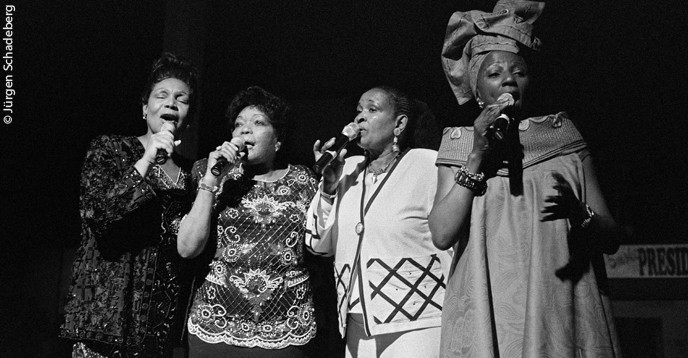 In 1998, The Divas – Abigail Kubeka, Thandi Klaasen, Dolly Rathebe and Mara Louw – sang classical jazz and blues from the ‘50s at a tribute to Sophiatown. The township, on the outskirts of Johannesburg, was razed to the ground by the regime in 1955.

Jürgen Schadeberg (1931-2020), the photographer who chronicled apartheid, also documented the evolution of South African jazz for almost sixty years*. The encounter of this exceptional photographer with a momentous era and a vibrant and revolutionary musical milieu resulted in a rich and authentic photographic series that has the value of a historical document.

At the age of 19, in 1950, Schadeberg fled Germany and its Nazi past. But the country he chose to settle in, South Africa, had just fallen into total apartheid. In Sophiatown (Johannesburg)  and other South African townships, to where non-whites were gradually being expelled from the city centres, the photographer mingled with the young generation of black musicians. Mostly self-taught, with their eyes glued on Manhattan, they took over the music scene with a new and distinctive style. “In South Africa, the American jazz sound was adapted and Africanized, giving it a unique township flavour,” Schadeberg explained.

Future world jazz stars – among them, Miriam Makeba, Hugh Masekela and Abdullah Ibrahim – took their first steps in these working-class neighbourhoods. Forced into exile, especially in the United States and Europe, many of these musicians would continue to use their talent and fame in the fight against apartheid.

It was this epoch, these aspirations, this struggle, that Schadeberg's camera captured. His work resulted in several arrests and led him into exile in 1964. Regarded as the father of South African photography, Schadeberg – who became artistic director of the black urban culture magazine Drum – trained a whole generation of South African photojournalists in the 1950s.

“Music, and jazz in particular, is an international language that represents freedom because of its origin – growing out of slavery,” said Herbie Hancock, jazz legend and the initiator of International Jazz Day, in a special 2012 issue of the Courier. Declared by UNESCO in 2011, this day, marked each year on April 30, celebrates the universal values of jazz – which originated in the south of the United States at the turn of the twentieth century. 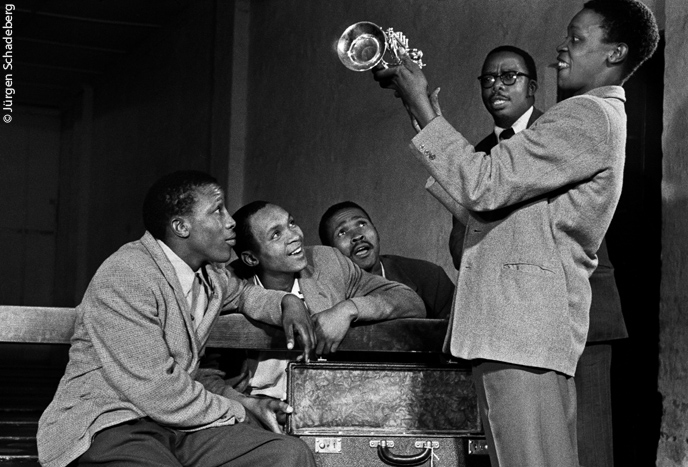 As a teenager in 1954, Hugh Masekela, who went on to become internationally renowned, examines a trumpet gifted to him by the jazz legend, Louis Armstrong, while  his companions from the Huddleston Jazz Band look on. 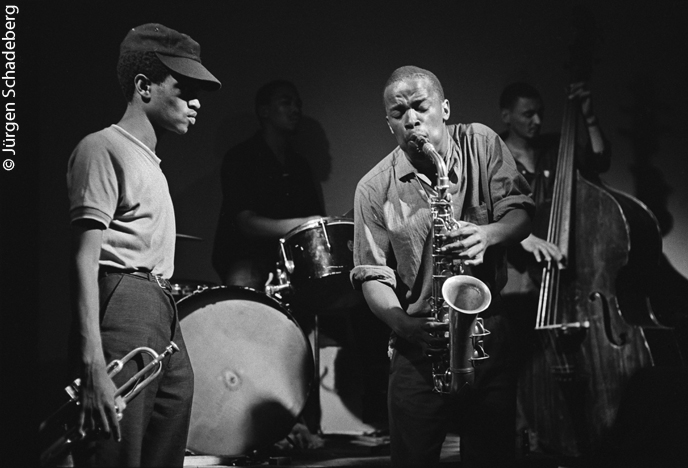 Members of the legendary Blue Notes sextet, trumpeter and flautist Mongezi Feza and saxophone maestro Dudu Pukwana jamming in a smoky basement club in Hillbrow, a district of Johannesburg, 1962. 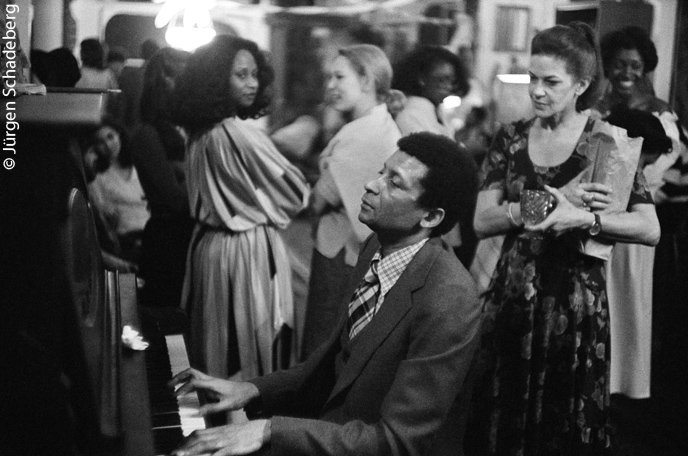 Pianist and musical icon Abdullah Ibrahim founded South Africa's biggest bebop band, the Jazz Epistles, in 1959. In this photo, taken in 1979, he is playing at a friend's wedding in New York, where he went into exile in the 1960s. 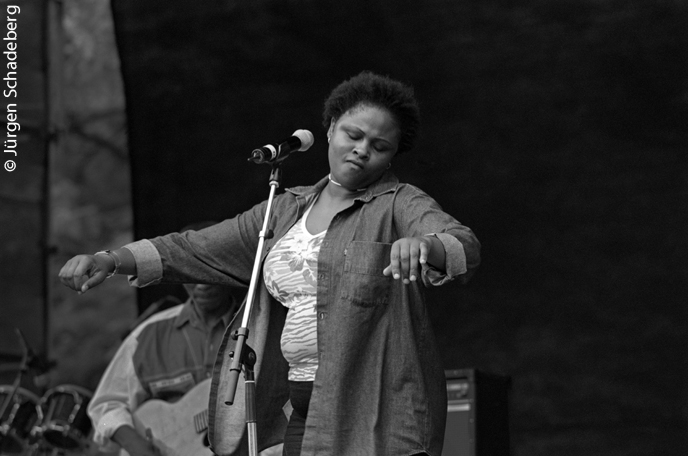 Jazz diva and composer Gloria Bosman, photographed in 2001. She studied opera at the Pretoria Technikon, and is one of the faces of a new generation of South African jazz musicians.