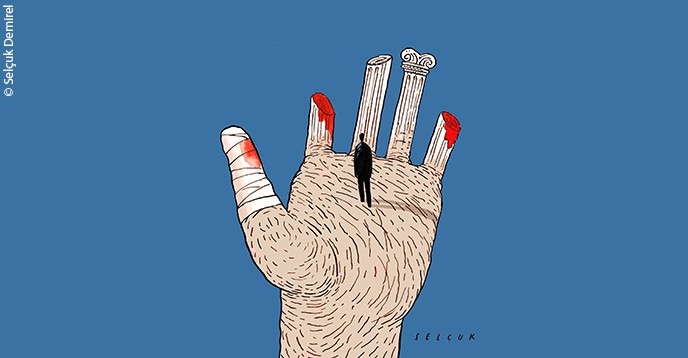 Adopted in 1970, the UNESCO Convention is a prominent legal instrument in the fight against looting and illicit trafficking. By laying down the principles of shared responsibility and cultural equity, it has also opened the way to the right of peoples to enjoy their own cultural heritage.

Some ideologues, advocates of unbridled liberalism, have seen the affirmation of a form of cultural nationalism in the provisions of the 1970 UNESCO Convention.  Its limitations have also been emphasized. It is true that the Convention struggles to produce a balanced system guaranteeing the return of cultural property that has been illegally exported. Since it has no direct effect on the domestic laws of States, it is weakened by the territoriality principle of laws – or lex rei sitae [the law where the property is situated].

Under this principle, the judge takes into consideration the law of the State where the cultural object is located at the time of the claim, to the detriment of more favourable legislation in the State of origin of the property. One might be tempted to conclude that this text is therefore impotent, of which the adoption of the UNIDROIT Convention in 1995 – which deals specifically with the restitution of stolen or illegally exported cultural objects – would be a symptom.

But it would be a mistake to limit the 1970 Convention to a strictly legal and mechanistic interpretation of its provisions. The theoretical contribution of this Convention goes beyond its mechanical inadequacies. As a pillar of an international cultural order that is continually  being consolidated, it effectively lays the foundations for the principles of solidarity and collective responsibility to protect the heritage of peoples. Article 9 of the Convention lays down the conditions for the prevention of irremediable injury to cultural heritage endangered by the pillaging of archaeological or ethnological materials.

It is these principles of shared responsibility and cultural equity that mark the international instrument’s contribution to the right of peoples to enjoy their own culture. The Convention has established itself as a matrix, based on the principles on which it is founded. Among these principles is the idea, set out in the preamble, that “cultural property constitutes one of the basic elements of civilization and national culture, and that its true value can be appreciated only in relation to the fullest possible information regarding its origin, history and traditional setting”.

The Convention has thus produced a doctrine for the return of cultural property to its country of origin. As a consequence, a joint declaration signed by Italy and Libya in 1998 put an end to the dispute over cultural property taken from Libyan soil during the Italian colonial adventure in Tripolitania at the beginning of the twentieth century. This was done by placing the return of these cultural objects to Libya under the auspices of the 1970 Convention – even though it could not be applied, since it is not retroactive.

In this particular case, it is not the legal and institutional mechanisms of the Convention that are referred to, but the doctrine on the legitimacy of the return of cultural property that the Convention has gradually imposed. In this respect, the adoption of the Convention in 1970 – ten years after the Declaration on the Granting of Independence to Colonial Countries and Peoples by the United Nations General Assembly – marked a turning point. It ushered in an international cultural order, from which a right to cultural sovereignty was derived.

The premises of this were set out in Article 2 of the 1960 Declaration, which affirms that “All peoples have the right to [...] freely determine their political status and freely pursue their economic, social and cultural development.”

In this construction of a new international cultural order, the 1970 Convention is the lock, or mechanism, that provides a basis for controlling the circulation of cultural objects, and entrenches the principle of their return to the country of origin. The art market – which until then had been largely free of ethical obligations – has since been subject to stricter regulations on the provenance of cultural property.

As for museums, the Ethics of Acquisitions, published by the International Council of Museums (ICOM), recalled as early as 1970 that “there must be a full, clear and satisfactory documentation in relation to the origin of any object to be acquired. This is quite as important for an object generally classified in the category of art as for an object of archaeology, of ethnology, or of national and natural history.”

This is endorsed in the Guidelines of the American Association of Art Museum Directors (AAMD), which articulates the intensity of the obligation of due diligence for verifying the provenance of cultural property – based on the 1970 fulcrum.

The right of cultures to be different

Today, the 1970 Convention is reinforced by the concept of cultural diversity put forward by the UNESCO Convention on the Protection and Promotion of the Diversity of Cultural Expressions, adopted in 2005. The concept of diversity extends the right to be different, which is the corollary of the right to heritage.

In the field of cultural rights, this means that States recognize their capacity to assert their own identity within the framework of sovereign competences. These are founded on equal universal rights and, for communities or social groups, the granting of differentiated rights – to compensate for a traumatic history, resulting from the asymmetry of the colonial relationship, for example.

In this context, let us recall the words of the German philosopher Walter Benjamin, who wrote in 1940: “there is no document of civilization which is not at the same time a document of barbarism. And just as such a document is not free of barbarism, barbarism taints also the manner in which it is transmitted from one owner to another.” The principles of shared responsibility and cultural equity established by the 1970 Convention also play a role in this recognition of cultures – in their historicity, differences, and values.

A respect for singularities

Far from being an instrument of cultural nationalism – as some narrow-minded people would like to suggest – the Convention establishes the universality and diversity of cultures. This is even more so since, over the past twenty years, there has been a shift in the centre of gravity of international cultural law, by enhancing the role and function of communities. This development goes hand in hand with the idea that each person can only accept and recognize the paradigm of universality if they are recognized in their own identity, based on their culture and heritage – an identity that both differentiates them from the other, and links them to  universality.

Cultural diversity thus guarantees a pluralism of singular affiliations and respect for these singularities. It is a source of adherence to particularities and the acceptance of differences – the focus of the “mutual respect and appreciation among nations” mentioned in the preamble to the 1970 Convention.

The same preamble emphasizes the deepening of knowledge of human civilization, the enrichment of the cultural life of all peoples, and a sense of mutual respect and esteem. It is also the path towards this universality – based on the recognition of the diversity of cultures, initiated by the UNESCO Convention, adopted on 14 November 1970.