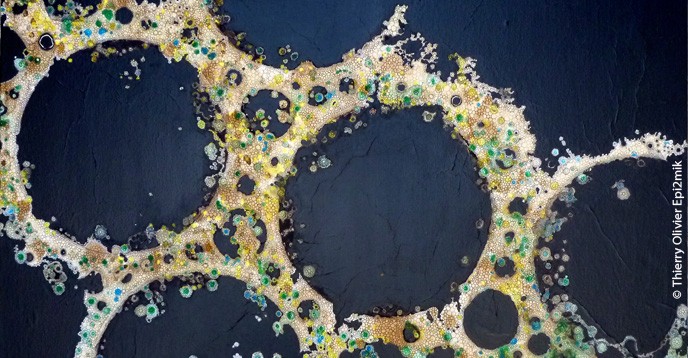 Nathalie Strub-Wourgaft is one of the initiators of the COVID-19 Clinical Research Coalition, launched in April 2020. It brings together scientists, physicians, donors and policymakers from over thirty countries, to accelerate research on the disease in resource-poor nations. She argues that research must be specifically adapted to the needs of these countries.

Director of Neglected Tropical Diseases at the Drugs for Neglected Diseases initiative (DNDi), an independent research organization based in Geneva, Switzerland.

What motivated the creation of the COVID-19 Clinical Research Coalition?

Clinical research on the coronavirus was already very active by mid-March – but it was concentrated in rich countries, where the majority of infected people were also located. There were a number of us who were concerned that no clinical trials were planned in countries in the South, whether in Africa, Asia or Latin America. There were still only a few cases there, but projections predicted that the epidemic would escalate, particularly in Africa. There was a clear imbalance between North and South in research. That is why we launched the Coalition. We still had in mind what happened at the time of the health crisis with the Ebola virus. A multitude of research projects had emerged at that time, but there was no co-ordination and no sharing of information between these different projects. It was necessary to avoid repeating those mistakes.

As COVID-19 was a new disease, everything had to be done from scratch – new protocols had to be invented, samples had to be described, clinical images had to be created. The research developed in parallel with epidemiology. It was necessary to go very quickly, but it was also necessary to avoid duplication in order to provide rapid answers to basic questions – how to avoid fatalities, how to avoid hospitalization, how to protect oneself, who were the risk groups? To make progress on these issues, however, a high level of analytical power is needed, which means bringing together information and data.

Why is it necessary to develop specific research for countries with low resources?

The therapeutic propositions that could be developed in the North are not applicable as such in the South – if only because comorbidities are not the same from one region to another. In Africa, for example, malaria, tuberculosis, or HIV are widespread, which is not the case in Europe. Moreover, health systems are different. In industrialized countries, hospitals have had difficulty coping with the influx of patients with severe forms of the disease. What about those not equipped with artificial respirators? As far as treatments are concerned, the molecules that are showing some promising results today are injectable molecules, and therefore require trained hospital staff. If this personnel is not available, other therapeutic solutions must be found.

In addition, it is unclear whether the virus is the same everywhere. It would appear there are geographical variants. Finally, the problems addressed by the social sciences also depend on the regional context – lockdown is not the same in Delhi as it is in a rural area in France. The impact of this confinement and its acceptability by the population varies from one region to another. Therefore, in research, the notion of context is essential. You cannot conduct scientific research in industrialized countries and apply it everywhere else. Research must be guided by the priorities of countries.

Could a health crisis of this magnitude raise awareness of the need to federate research efforts?

Absolutely. We need to federate efforts in terms of identifying treatments, and diagnoses. It is necessary for the major donors to agree on priorities, which is absolutely essential in the response. We are at a time in history when we are all concerned by a global health problem. This is a totally new situation. Even the Ebola crisis was finally identified as an African problem. This new virus leaves us no choice but to work together. The fact that the World Health Organization (WHO) has named its first clinical trial “Solidarity” is not insignificant.

Are we witnessing the beginnings of a better governance of research efforts?

It is still a little early to say. The will is there, and we have better collaboration among the research community than in the past. We cannot yet talk about better governance, but we are getting closer to it. At the same time, nearly a thousand different clinical trials have been launched on COVID-19 – which means that internationally, there is no real collaboration.

This health crisis will be a tipping point, although it is still difficult to measure its impact. We are in the process of building a new way of working, but much remains to be done. One of the achievements is that today, we are trying to integrate the issue of access into research projects. At DNDi, for example, we are currently working on a clinical trial. We are looking at molecules that will be made available to populations, and will be accessible on a large scale. It seems obvious, but this hasn't always been the case.

Could we talk about a breakthrough in this health crisis?

There will be a before and an after. How could it be otherwise when the infections can be counted  in millions, the deaths in hundreds of thousands? If this is not the case, it means that we are in denial about what we have just experienced. Time has been lost in research on this disease, but less than in the past. Ebola was a turning point. COVID-19 will be a detonator. This crisis is undeniably a lesson. Some people have been trying to sound the alarm for several years – like Bill Gates, who warned of a pandemic many years ago. Some had suggested that WHO member countries should devote 0.1 per cent of their budgets to research, according to priorities defined by the research imperatives of the day. Those voices must now be heard.

Discover how UNESCO is putting in place the elements to strengthen people's resilience through scientific solutions and increased scientific co-operation.

Ameenah Gurib-Fakim: “Science is the basis of social progress”  The UNESCO Courier, April-June 2017

UNESCO and CERN: like hooked atoms The UNESCO Courier, January-March 2011