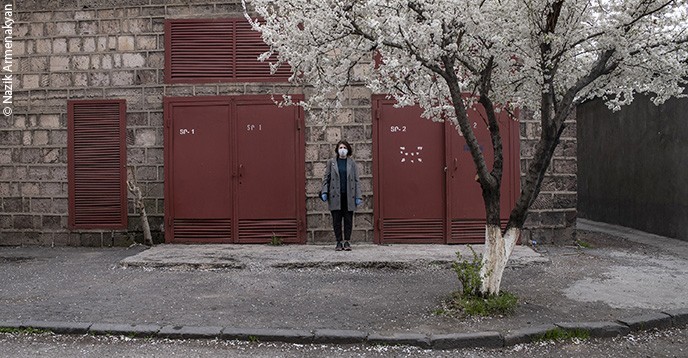 Nazik Armenakyan, Yerevan, Armenia: “Day 11 of isolation. Self-portrait with a cherry blossom tree blooming in our office backyard. Drove there to fetch some important things. Our office has been locked for over ten days.”

Isolation, loss of income, crushing domestic burdens – women photographers have been hit hard by the lockdown imposed to curb the COVID-19 pandemic. Faced with this unprecedented situation, more than 400 women photographers have come together in a unique collaborative project, The Journal – which started spontaneously in mid-March 2020, following a call on Facebook by the Women Photograph community.

Launched in 2017, this network – whose mission it is to increase the presence of women photojournalists in the media –  has attracted over 1,000 members in more than 100 countries.

Women photographers participating in The Journal project documented their daily lives during the weeks and months of lockdown, through images. From Bangkok to Kampala, via  Beijing, Tbilisi and Mexico City, they offer very personal, poetic, melancholic, or humorous accounts of their self-isolation. This plunge into their private lives portrays a paradoxical moment – lived collectively, but with each one in their own homes.

This women’s perspective, which is claimed as such, is rare in a milieu where women photojournalists are blatantly under-represented. “There isn’t a shortage of women photographers, just a lack of equitable hiring,” explains Daniella Zalcman, founder of Women Photograph. The non-profit, which compiles data on parity in photojournalism, points out that only 29.5 per cent of the photos published in The New York Times in 2019 were taken by women. In Le Monde and The Guardian, the figure is just over ten per cent. The pandemic is likely to widen these inequalities even further.

As many as ninety-six per cent of the members of Women Photograph say they have been affected financially by the pandemic. The collective has set up the Women Photograph COVID-19 Emergency Fund to help their members, most of whom are independent photographers. 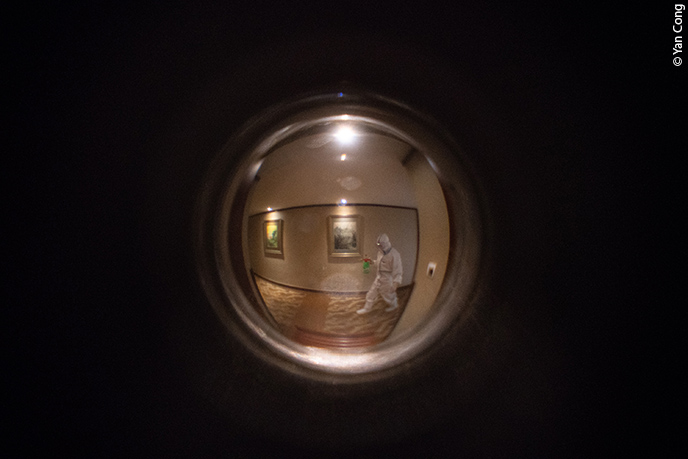 Yan Cong, Beijing, China: “On Day 3 of my 14-day quarantine in a Beijing hotel room, I started taking photos through the peephole. Throughout the quarantine, I was not allowed to leave my room, and all my meals were left at the door to avoid direct interpersonal contact. The peephole became the only way for me to observe the quarantine apparatus.” 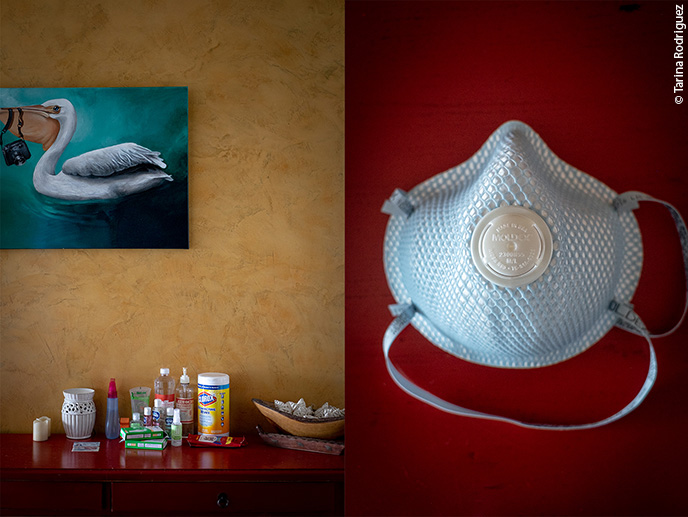 Tarina Rodriguez, Panama City, Panama: “When the abnormal becomes normal in everyday life. This is the entrance to my home.” 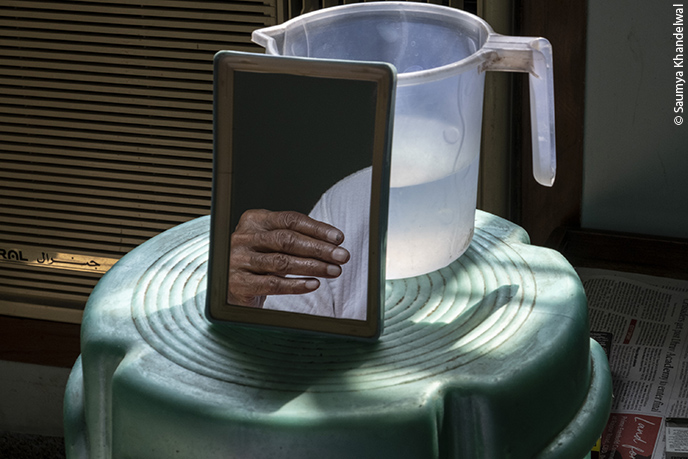 Saumya Khandelwal, New Delhi, India: “This is a photo of my grandfather, Mahesh Kumar Khandelwal, while he shaves in the sunlight entering his room in Lucknow, on 22 March, 2020. We had just sold our ancestral house (where the photo was taken), and were supposed to move out a couple of days later, but the lockdown has delayed those plans. In the meantime, I am cherishing the extra time I get in the house where I grew up.” 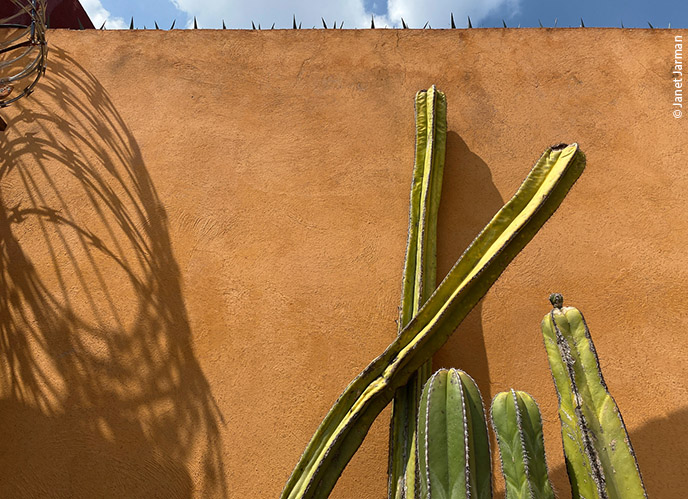 Janet Jarman, Mexico City: “Security in Mexico, where I live, has deteriorated significantly in recent years, adding an extra layer of stress to the health crisis. I am sure I am not alone.”

Khadija Farah, Nairobi, Kenya: “Some days I don’t wake up feeling like a wet rag. When that happens, I muster enough energy to do a face mask, paint my nails, and gab with my best friends around the world about non-virus-related issues. These days are becoming more frequent, and when I feel a bit more of myself coming back.” 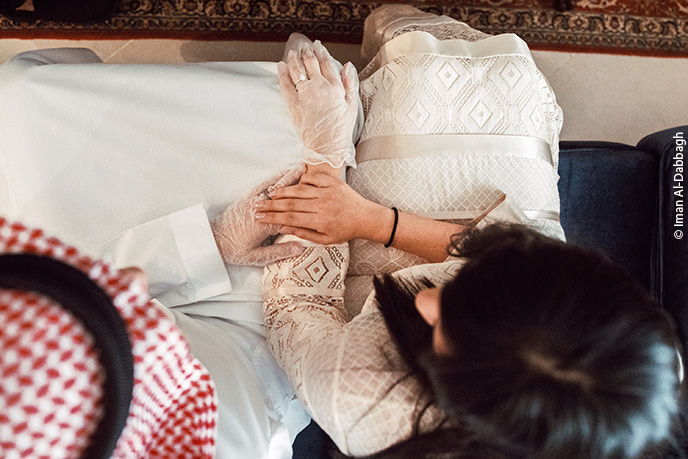 Iman Al-Dabbagh, Jeddah, Saudi Arabia: Zahra and Samer had planned to be at a resort in Egypt for their wedding when the pandemic broke. Instead, they ended up being married quietly at home. 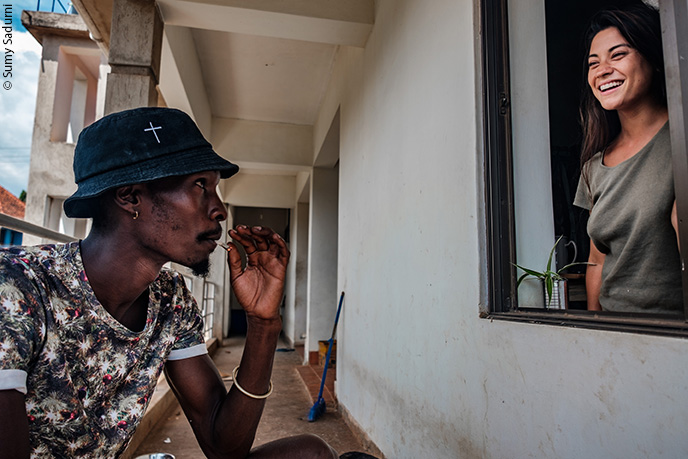 Sumy Sadurni, Kampala, Uganda: Alicia (right) has been on lockdown since before the COVID-19 pandemic, due to life-threatening injuries she sustained in an accident in Kampala. Danny (left), who is cooking goat on an outdoor stove, is her housemate, friend and support system. Now that they’re both always at home, they spend their days baking, cooking, recovering, and relaxing. 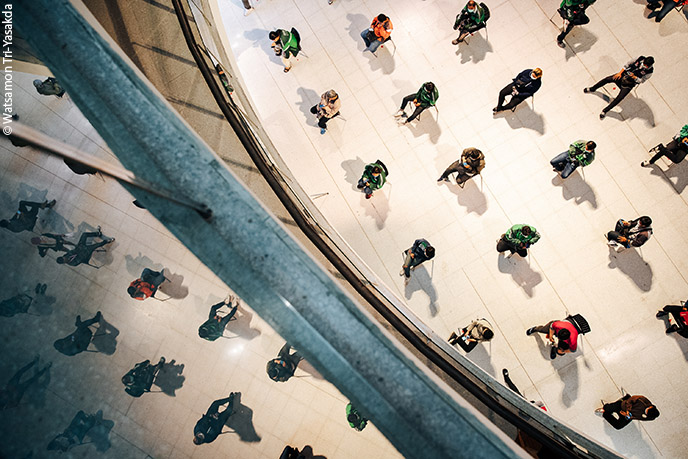 Watsamon “June” Tri-yasakda, Bangkok, Thailand: Food-delivery drivers practise social distancing while waiting for food and drink orders from restaurants that are open for takeaways and delive