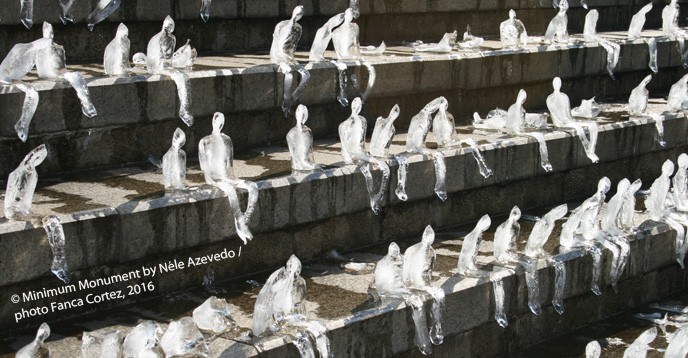 Humanity is in a state of debit. Year after year, it consumes more resources than nature can provide. This over-consumption has a direct effect on the climate. To better understand the issues at stake, the Belgian philosopher and biologist Bernard Feltz sheds light on the complex relationships between humans and nature and then focuses on the ethical aspects of climate change management.

A major challenge for our time, climate change concerns both our daily lives and the world geopolitical order. It is one of the dimensions of a global ecological crisis, a direct consequence of the complex interactions between humans and nature. These relationships can be divided into four main approaches.

The first, that of Descartes, considers nature to be a set of objects made available to human beings. The seventeenth-century philosopher – a contemporary of Galileo and considered a great  initiator of modernity – advocated establishing life sciences that were similar to the emerging physical sciences. He defends the idea of an “animal machine”. Living things are nothing more than inert matter organized in a complex way. Only the human being has a substantial soul distinct from the body, making it the only respectable species. The rest of nature, living or inert, is part of the world of objects at humanity’s disposal. Descartes has no regard for the environment, which he views in a utilitarian way, and considers an infinite resource that humans can draw upon without any qualms. We can see to what extent such assumptions have led to the shameless exploitation of nature in all its forms: agriculture, fishing, intensive livestock farming, mineral depletion, pollution of all kinds.

Ecological science is another approach, which conveys a completely different vision of the world. In 1937, the British botanist, Arthur George Tansley, proposed the concept of the ecosystem that would revolutionize the scientific relationship with nature. This concept refers to all the interactions of the various living species among themselves, and of all living organisms with the physical environment: soil, air, climate, etc. In this context, man rediscovers himself as belonging to nature, as an element of the ecosystem. Moreover, this ecosystem is a finite environment, with limited resources, both upstream and downstream of human activities.

But many thinkers consider that the ecological science approach is insufficient. Deep ecologists, for example, believe that the core of the problem in the scientific approach, including the ecological one, is anthropocentrism. They advocate a philosophy of the totality that integrates humans with living organisms as a whole, without granting them any particular status. Respect for animals is the same as respect for humans.

A final understanding of human-nature relations attempts to keep a fair distance from the radicality of deep ecologists, while emphasizing the relevance of the criticism of ecological science. Nature and humans coexist and interpenetrate in a more respecting way of living. An animal can be respected for itself, without being given the same status as a human being.

A living species or a particular ecosystem are to be respected as remarkable achievements of nature, just as a work of art is a remarkable accomplishment of humanity. The aesthetic dimension of a work of art reflects a fundamental dimension of reality that only the artist is able to reveal. But such a relationship does not imply that the respected work has the status of a human. A hierarchy of values is possible. Animals, certain ecosystems and landscapes become respectable in two ways – it is the human being who decides to respect them, and it is a way of respect that does not equate with the respect due to humans.

At the crossroads of science and politics

A dimension of the ecological crisis, climate change paves the way for a more specific reflection on the relationship between science and politics.

Science bears a heavy responsibility for the emergence of the climate problem. It is largely because of the impressive power developed by new technologies and their unlimited use by economic powers that we have entered the Anthropocene. For the first time in history, human activities are leading to changes in certain environmental characteristics that affect all of humanity.

But science also makes us aware of the problems related to the ecological crisis. It plays a decisive role in the development of scenarios that could lead to the rational management of the climate crisis. Science can destroy us, but it can also save us. Integrated into a broader understanding of reality, the scientific approach remains decisive in controlling climate change.

However, democracy is not technocracy. In a democracy, it is the politician who makes the  decisions. The German sociologist Max Weber (1864-1920) distinguished between the factual realm and the realm of values. On the knowledge side, scientists are specialists in facts. They are responsible for analysing situations and proposing various scenarios that are compatible with ecological constraints. Politicians, on the other hand, act according to the values they are committed to upholding. In a democratic system, they derive their legitimacy from their election. They are elected to choose precisely the scenario that fits their value system. Climate change involves highly complex technical analyses, which are not always in line with policy directions.

Nevertheless, it must be acknowledged that we have begun a transition towards a society shaped decisively by ecological constraints. The involvement of everyone in their daily lives, the work of the various economic actors in their respective activities – from small and medium-sized enterprises to the most powerful multinational trusts and the involvement of state structures and  intermediary structures, trade unions, business federations, non-governmental organizations (NGOs), etc. – are essential conditions for effective action.

Because the fundamental issue is the future of humanity. What pushes us to act is this realization that uncontrolled climate change can cause human life on Earth to become much more difficult, if not impossible. We know the “imperative of human responsibility” principle that the German philosopher Hans Jonas developed in the late 1970s, thinking precisely of ecological issues: “Act so that the effects of your actions are compatible with the permanence of genuine human life on Earth.”

From now on, it is a question of conceiving contemporary social life by integrating into it the concern for the sustainability of the system in the very long term, by including future generations in the scope of our responsibilities.

These environmental concerns must be consistent with contemporary ethical requirements, namely respect for human rights and equal consideration for all human beings. Not all human populations are equal in the face of the climate challenge. Paradoxically, the poorest countries are often those most affected by uncontrolled global warming. Respect for human rights must therefore lead to a principle of international solidarity that alone can guarantee both the global management of climate change and that specific measures for particularly complex situations will be taken. The principle of responsibility for future generations and the principle of solidarity of all towards all are essential for an equitable management of the ecological crisis.

The ethical principles of climate change

A Belgian biologist and philosopher, Bernard Feltz is Professor Emeritus at the Catholic University of Louvain. His research focuses on the philosophy of ecology, bioethical issues and science-society relations. He is currently Belgium’s representative on UNESCO’s Intergovernmental Bioethics Committee (IGBC).