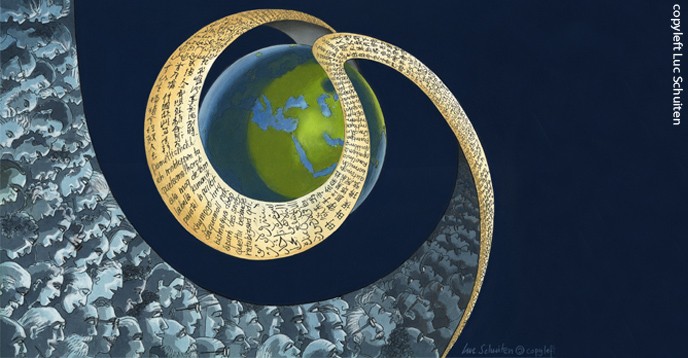 "A peaceful and secure world is a precondition for dealing effectively with climate change."

The 2018 Intergovernmental Panel on Climate Change (IPCC) Special Report on Global Warming at 1.5 ℃ caused quite a stir and a lot of ink to flow. To avoid catastrophic consequences, global warming should be limited to 1.5 °C above pre-industrial levels, the report warned. But, as we know, we are far from achieving this. To overcome this challenge of the century, scientists advocate a radical change in behaviour – something that cannot be achieved without a profound change in our attitudes.

“Changing minds, not the climate” is the slogan for the public awareness campaign of UNESCO’s Strategy for Action on Climate Change 2018-2021. It is in line with the 2015 Paris Agreement (COP21) and the United Nations’ 2030 Agenda for Sustainable Development (SDGs).

It sets out a wide range of actions in various fields – from Education for Sustainable Development (ESD) and responsible ocean management (through the Intergovernmental Oceanographic Commission, IOC), to water security (through the International Hydrological Programme, IHP) and the cultural and natural sites under UNESCO protection, which serve as Climate Change Observatories.

Many other projects to raise public awareness on climate change through the media, or to inform children through the UNESCO Associated Schools Network (ASPnet), are ongoing. In addition to these efforts, there are UNESCO Chairs on Climate Change and Sustainable Development; Climate Frontlines, networks of indigenous people and other vulnerable communities and the grassroots UNESCO Green Citizens: Pathfinders for Change initiatives.

Changing minds means establishing a new order of priorities in politics, the economy, industry and the daily lives of us all. But above all, it is about becoming aware of the ethical implications of climate change – which threaten not only the planet’s ecosystems, but also our fundamental rights, by creating injustices and widening inequalities.

As the ethical dimensions of climate change are still relatively unexplored, UNESCO adopted, in November 2017, the Declaration of Ethical Principles in relation to Climate Change – a tool that is accessible to all actors in society, especially political leaders, to allow for the most appropriate decision-making.

With this special report, the Courier aims to open up new avenues for reflection on these lesser-known aspects of the greatest global challenge of our times. Because, in parallel to the scientific issues that hit the media headlines, the issues of justice and equity, respect for human rights, solidarity and scientific and political integrity, and individual and collective responsibility, must be the principal cornerstones of our actions on a global scale.

But in practice, this is still not the case. Even "the human rights community, with a few notable exceptions, has been every bit as complacent as most governments in the face of the ultimate challenge to mankind represented by climate change," asserts Australian expert Philip Alston, in his report to the UN on 25 June 2019. The Special Rapporteur on extreme poverty and human rights considers the measures taken by the majority of  UN human rights bodies have been patently inadequate. "Ticking boxes will not save humanity or the planet from impending disaster," he warns.

The Wide Angle section of this issue is published to mark the United Nations Climate Action Summit on 23 September 2019, and the 25th session of the Conference of the Parties on Climate Change  in Santiago, Chile (COP25), 2-13 December 2019.

Declaration of Ethical Principles in Relation to Climate Change